GMAT For EMBAs: How Taking The Executive Assessment Can Get You Into Business School

More than 30 schools now accept the Executive Assessment, which can help determine readiness for a rigorous EMBA course

©chicagobooth.edu—Chicago Booth requires the Executive Assessment for admission to its EMBA program

When Christy L Valentine applied to business school for an EMBA, she was not sure that she would take a standardized test. As a medical director who has been out of school for years, “the thought of having to prepare for and take an entrance exam can be a little intimidating,” she says.

EMBA programs have been waiving entrance exams such as the GMAT to attract more applications from executives who do not have the time to study for up to 100 hours, as some GMAT-takers do. But the programs have begun warming to an alternative test known as the Executive Assessment (EA).

Introduced in 2016 as a pilot, 31 business schools now use the EA—according to Manish Dharia, director of product development at exam administrator GMAC—including INSEAD, Wharton, and London Business School.

Christy needed to take the exam to secure a place at the University of Chicago Booth School of Business, her first-choice school. “The test prep wasn’t too bad,” she says, “I did a few questions every day. It [the knowledge] comes back to you once you see it again.”

Exam length is a challenge for students. Education consultancy CarringtonCrisp reckons that a fifth of MBA applicants abhor exams: they only apply to schools that do not require them. Coupled with other challenges facing EMBA programs, such as falling employer funding, candidates wanted a quicker route to business school, says GMAC’s Manish.

“Business schools want a lower hurdle to entry to their EMBA programs, but a reliable test that still objectively measures readiness for the rigor of the classroom,” he says. “The EA is an easier sell,” he adds. “It’s increasing the application volume and diversity of EMBA candidates, particularly older executives, who don’t want to deal with the GMAT.”

Everything that appears on the EA also appears on the GMAT, which tests analytical writing, integrated and verbal reasoning, and quantitative skills. But the former is 90 minutes long, compared with up to four hours for the GMAT.

The EA can also only be taken twice, whereas it is common for GMAT-takers to sit the test multiple times to improve their score, says Stacey Koprince, instructor and GMAT product lead for Manhattan Prep.

“The GMAT has become something of an arms race—the average scores are increasing every year as MBA programs become ever more competitive,” she says, noting that schools themselves encourage higher scores because they contribute to their success in rankings.

She advises that candidates use the EA to get back into “study mode” before beginning business school. “Plan to spend a minimum of one month studying for at least four or five-days-a-week,” Stacey says. “You’ll need to practice the types of questions you’ll see on the test—the official practice materials are the best source for this.”

While many schools do not require any standardized testing at all for their EMBAs, she says it can be an advantage to take the EA: “Doing well on the exam can still give you a competitive advantage. Schools may not require it, but they will at least look at it.”

Rich Johnson, associate dean of the EMBA in Europe and Asia at Chicago Booth, says: “The EA still requires a substantial amount of preparation and provides good insight into what skills will be needed to succeed at Chicago Booth. Preparing for and doing well on the test demonstrates to us that candidates share our values around academic rigor and the need to go deeper into the fundamentals of business.”

Silvia McCallister-Castillo, assistant dean for the EMBA at Yale School of Management, says the EA is “a diagnostic for what they may need to study up on before they undertake an EMBA program”.

She adds: “Nobody likes studying for standardized testing, but if a candidate can’t manage studying for a test, how are they going to study for a rigorous, 22-month program?” 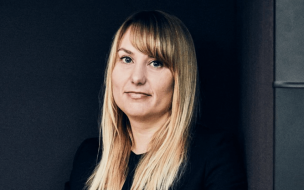 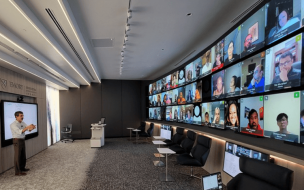 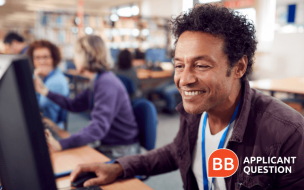 What's The Value Of An Executive MBA?