On ESCP Europe’s EMBA, women are given the tools to progress to high-ranking management positions traditionally occupied by men

According to the Graduate Management Admission Council (GMAC), women are more likely than men to go to business school in order to enhance their career paths within the same role or industry—and an EMBA can be a great way to do just that.

With an Executive MBA, you’re able to continue working full-time, build your skill set in a cohort of seasoned managers, and enhance your international experience.

On the Executive MBA at ESCP Europe, a combination of class diversity and top-class management education are providing women with the tools they need to transform their careers—and the school has proven its abilities to transform careers. Last year, the Financial Times ranked ESCP Europe’s EMBA the #1 worldwide for career progression.

Silvia Perez-Baires is one of the women who chose it for exactly this reason. “I knew that if I wanted to change jobs or do something with a lot more responsibility in the future, and be paid for it, I needed the EMBA,” she explains.

“Without an EMBA, as a woman, I don’t stand a chance.”

Silvia currently works as sustainability manager for a large supermarket chain in her native Costa Rica—an industry she’s found, at times, tough to navigate as a woman.

“When I started working in the private sector I realized that, as a woman, I have to work two or three times harder than the men,” Silvia admits.

“The company I work for is family-owned and very rooted in Latin American traditions,” she adds. “For example, there’s not a single woman on the board of the company—that’s the reality.”

To help her progress in her career, Silvia decided that the Executive MBA from ESCP Europe would give her the best chance to secure change, especially in more practical matters like pay—and she witnessed this change in her own career within six months of starting the program.

“I remember telling my boss that if I was admitted into the program, it meant that I needed to be paid fairly, and it changed,” Silvia recalls. “That was my first victory. And I have a long way to go, but just being part of the EMBA empowered me from the very beginning.”

Though only halfway through the program, Silvia has experienced significant support from faculty at ESCP Europe to help her achieve her career goals—“one can feel that the faculty are trying really hard to support you, and I appreciate that very much,” she says.

But a support network for professional women doesn’t end at the faculty. Among her female peers on the program—a group which ESCP Europe increased by 30% this year—Silvia says that extending support to each other can ultimately facilitate change in the workplace too.

“Many of the women on the program, myself included, have fought really hard to be here,” Silvia states, “and I think we need to learn to support each other as well, and we channel that force to ultimately empower each other.”

“I decided to do the EMBA to be able to progress in my position, as well as in terms of salary, and also for personal growth. I have three kids and I want to pass on the fact that one never stops learning.”—Veronica Pallares, EMBA ‘19

Catherine Gaudry graduated from the EMBA program at ESCP Europe in 2017, and during her time there she experienced the same welcoming atmosphere.

“Even during the interview stage, the school offered a very familiar and supportive environment,” Catherine recalls. “It didn’t feel at all cut-throat or competitive—something I’d seen and heard about in other EMBA programs.

“My cohort was 25% women, but I never actually felt that divide,” she adds. “I never felt like the women on the program were just token or anything like that—I truly felt as an equal among my peers.”

Catherine was working for an advertising firm in Berlin when she started her EMBA. Initially, she envisioned the degree as a way to refine her client consultant skills, but in the end, her program journey turned out to be transformative in more ways.

“There’s a really high level of openness at the school, which ultimately helps you grow really fast,” Catherine muses. “It’s a combination of the diversity of the cohort and the fact that we’re travelling everywhere together and the professors who constantly help you to grow as fast as possible.”

Catherine also credits the cohort diversity—students from Europe, Africa, North America, and Asia all represented on the EMBA program—as well as the intensive schedule which made the program a truly “transformative” degree.

In fact, towards the end of her EMBA journey, Catherine quit her job, and decided to leverage her new degree to find a position better suited to her career goals—and it was the skills she gained at ESCP Europe that directly enabled her to get her current job as group head of talent and transformation at Scholz & Friends, one of Europe’s largest advertising firms.

“The things that I learned on my Executive MBA from ESCP Europe helped me to position myself to be seen by management at Scholz & Friends,” Catherine explains. “The program gave me the confidence to go into job interviews and tell them exactly what I wanted—and now I’m in a role that the company basically tailored to me.”

For Catherine, though, it wasn’t all about affecting real change in her career, but also the personal journey that made the EMBA worth it.

“The personal journey that the EMBA afforded was very enriching,” she says. “And I think the diversity was the key to this creative growth.” 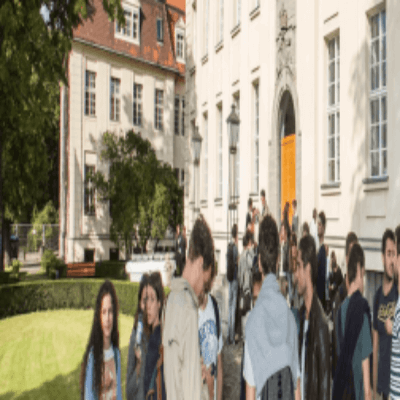