The Future of Indian Higher Education

Is India on your radar for future business programs?

As more and more traditionally atypical locations creep into the rankings of top Business Schools, future students are left with one question: Where do I want to study?

More often than in previous generations, students are interested in branching out from the American/Western European mold.

China’s SAIF is banking on this fact by not only educating Chinese nationals but a growing number of international students as well (see Three Reasons Why SAIF is China’s Top Finance School, October 27, 2010).

While China has been the buzzword of the naughties, will India become all the rage in the twenty-teens? Schools like Yale and Duke are thinking yes.

In a recent Boomberg article it is reported that India is waking up for class. With over 550 million people under the age of 25, India is actively recruiting interest from dozens of US schools, including Yale, Duke, Stanford, and Penn., to open local campuses within its borders.

The backdrop to these discussions is US President, Barack Obama’s visit to the region beginning November 6th. This, following the Whitehouse’s selection of India as the recipient of the then new President’s first state dinner in 2009, shows the commitment the two countries have to strengthening ties.

To sweeten the deal, some Indian states and companies are encouraging scholarly investment by providing land discounts and endowment gifts to target schools.

For example, Tata Group, donated $50 million to Harvard Business School and the government of Andhra Pradesh has offered the Georgia Institute of Technology a discounted price on land in Hyderabad.

To make sure India too benefits from potential campuses from US schools, the Congress Party introduced the Foreign University Bill to the Parliament. Schools would need to invest close to $11 million to start up, and continue investment via surpluses as time passed.

While nothing is yet written in stone, surely these potential programs will be of benefit to all involved – Just a few include increased revenue for US institutions, first class education for India’s young adults, and study abroad opportunities for American students. 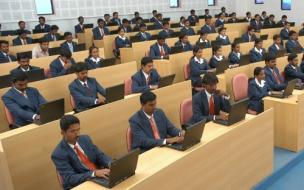 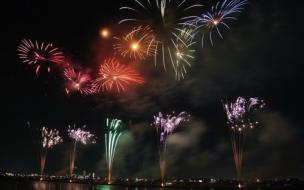