Sahar Taher used a MSc in Management to move into consulting roles, bringing the unique perspective of her psychology background with her

For Sahar Taher, a Master's in Management at John Molson School of Business opened a new career path in consulting

A background in psychology might be an unusual route into consulting jobs, but for Sahar Taher, it sparked a fascination with leadership and organizational culture that led first to a MSc in Management, then to a job with EY’s workforce advisory team.

With a bachelor’s in psychology, Sahar first entered the corporate world through a sales role with media and information company, Marcus Evans.

At the same time, she wanted to delve deeper into organizational behavior, and decided to study the MSc in Management at Concordia University’s John Molson School of Business alongside the role.

The program would allow her to remain in Montreal, and stood out for the freedom it offered to tailor the learning experience to her specific interests.

Building a toolkit for business

At John Molson, Sahar developed a broad business toolkit. Core courses in statistics and research methodology built the foundations for her thesis, and the technical aspects of her work with EY.

Sahar’s thesis focused on the perception of narcissism in leaders, and she was able to build close ties with her thesis supervisor, Dr Kathleen Boies.

“John Molson was such a good business school in terms of exposing us to local business,” she says. “There was something happening on campus almost every day.”

Attending business school also offered Sahar a well-rounded group of peers. In Sahar’s cohort alone were biologists, engineers, biochemists, and more—a diverse cohort that made for some engaging discussions in the classroom.

“It was so interesting to me that all these people were taking the same classes as you—discussing the same ideas, but with such different approaches,” Sahar recalls.

Although she was aware of consulting when she came to John Molson, Sahar’s time at the school encouraged her to give this career path serious consideration.

Being exposed to professional consultants, Sahar began to see parallels between the work consultants do, and the work a psychologist does.

“It’s all about listening, understanding where someone is coming from, and finding a way to creatively solve problems,” she says.

“In consulting, you also have a voice from day one,” she adds. “That meshed very well with me.”

Sahar’s first taste of consulting came while she was writing her master’s thesis. Canadian National, one of Canada’s top transportation and railway companies, were looking for independent consultants to work on a large-scale succession plan, which involved building a brand new team.

Thanks to the analytical skills Sahar had developed at John Molson, and the leadership focus of her thesis, she secured a role.

“I really enjoyed the autonomy and independence of that role, because you’re a free agent but still working as part of a team,” she recalls.

Once the project was over, CN offered her a promotion and a new role, but she decided to explore other firms—which led to her current job at EY.

Shaping the future of work

Consulting is a popular career path for business school grads, and to stand out in the interview process you need to differentiate yourself.

For Sahar, this meant combining the business acumen she had acquired at John Molson School of Business with her humanities background.

“Having the opportunity to explore ideas creatively, and having that personal connection with professors and industry leaders at John Molson, really helped me to develop my own personal brand,” she reflects.

EY are currently supporting Sahar as she completes a coaching certificate through John Molson.

“Ultimately, I want to become a C-suite professional coach,” she explains. “That way I’m leveraging my psychology background to address the organizational needs that are emerging right now.”

In the face of the ongoing coronavirus outbreak, Sahar is already addressing these needs. As part of EY’s People Advisory Services group, she is helping companies review their overall people strategy, and planning ahead for what a “new normal” might look like for the Canadian workforce.

She and her team are considering current changes like virtual leadership, culture, total rewards, strategic workforce planning, and mental health and wellbeing concerns in a post-covid world. The project is part of EY’s new strategy—called “Now, Next, and Beyond.”

“Right now, a lot of our clients are having difficulty imagining what this new normal is going to look like, and how it’s going to be managed,” she explains. “We are trying to help clients determine a change framework that works for them.”

So far, Sahar has found her work with EY highly rewarding. She plans to remain with the firm to take advantage of upcoming opportunities in leadership and professional coaching.

With the skills and network she developed during her MSc at John Molson Sahar is confident that she can achieve her coaching certification, and help leaders and their organizations adapt in the future. 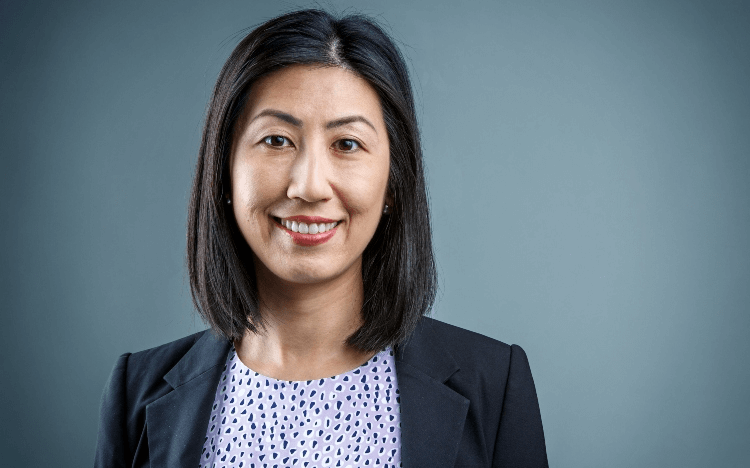