Clarie Kwa co-founded the first Women in Business Club at Nanyang Business School while studying part-time for an MBA, holding down a full-time job and being a wife.

She and her partner hope the club will nurture more female business leaders and they've garnered some successes already!

Clarie, 30, is specializing in Strategy and is due to complete her part-time MBA from Nanyang Business School in 2013. She considers herself to have a varied background and is complementing it with an MBA.

In 2004, she gained her undergraduate degree in Economics and Psychology from the National University of Singapore. Since then she has worked in operations, management, business and sales coaching and financial advisory and insurance.

Presently, she is a senior executive in Prudential Assurance Company Singapore, involved in knowledge development where she trains insurance products and investment solutions.

When Clarie started her MBA in late July 2011, her and co-chair Filda Yusgiantoro noted the special constraints that women in business faced. They wanted to create a platform that could facilitate women’s successes in business. “We found it strange that there was no women in business club at Nanyang because all the top business schools have such clubs so two of us decided to start one”, says Clarie.

By September 2011, the club was raring to kick off. It held its inauguration centred around the theme “Carpe Diem” a Latin phrase meaning "seize the day" on the 28th of September. Since then, the club has organized seminars on public speaking and workshops on networking and forming business alliances.

Nanyang’s MBA alumni and faculty have been very supportive. Clarie said that female alumni have been very happy to come in and speak or present at events. They’ve organized dinner dates where senior execs from top companies and private banks come to share their insight into the business world and they’ve also been involved with mentoring current MBA students.

For Clarie, the most significant achievement of the club to date has been seeing club members believe that they can achieve what they came on the MBA for. She says, “standing out is a challenge, there are family women here who are working and studying at the same time but still manage to shine. My co-chair has a two-year-old son, I don’t know how she does it!”

On the Nanyang MBA, Clarie has found the challenge to think differently as well as the additional satisfaction of being a pioneer of the Women in Business Club at Nanyang Business School.

Studying in one of Asia's most global cities lets her take notes on and compare the evolution of business strategies worldwide. This semester she is going on a business mission to China as part of her MBA to network and discover how global business is going to grow.

She sees a lot of scope for development as a woman and as a future business leader, and you can follow the journey of the Nanyang MBA Women in Business Club on their blog. 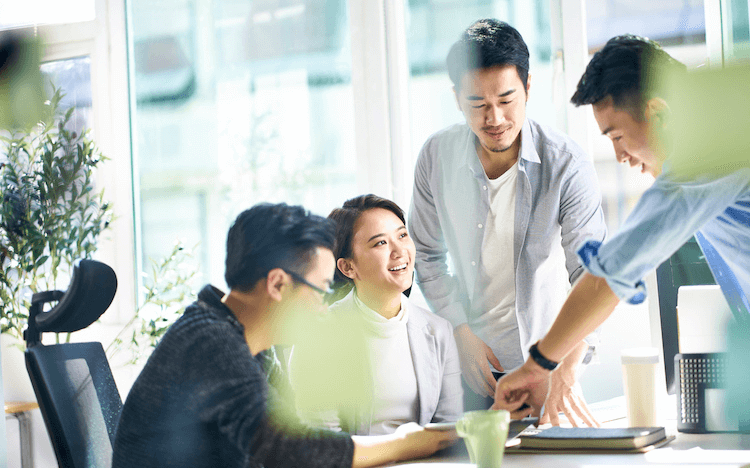