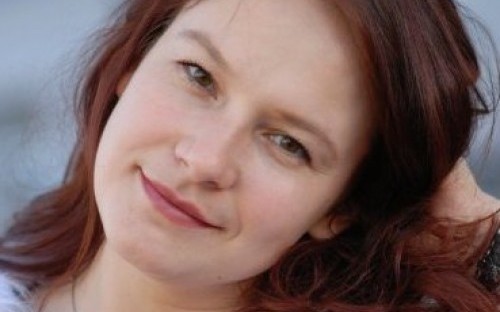 Though her family are in Oxford, Yulia chose to study in London where she feels more at home

Yulia Emelyanova started out as a literature professor in her native Russia, but when she moved to the UK and started working in her husband's firm, she realised that she needed an MBA too!

She is currently a full-time MBA candidate at Imperial College Business School and will complete her programme this fall.

Yulia, 37, was born in Naberezhnye Chelny, a small industrial town in Russia. She initially wanted to study Chemistry in St. Petersburg but because of the political turmoil from the collapsing communist regime she stayed in her home town and began a Civil Engineering and Architecture course at Kama Polytechnic Institute. Yulia describes the situation then as dire: “People still had to queue for food and essentials and salaries were paid in kind with shoes, fridges, and clothes”.

In 1994 Yulia decided she did not want to study Civil Engineering any longer so she moved to a bigger city, Nizhny Novgoroa, former Gorky, to study Linguistics. In 1999, she gained her MA in Translation and Interpreting Studies and this made Yulia a qualified translator in English and German.

Embarking on a Phd. was something Yulia took on as an intellectual challenge. She had begun lecturing at the Pedagogical University of Nizhny Novgorod and was motivated to explore her interest in world literature, particularly the work of author Arthur Hailey.

However in 2009 her academic career was cut short when she moved to Oxfordshire with her British husband, and started working alongside him in his family business. Marshall Curtis is an Oxford-based organis skincare firm.

Thrown in at the deep end as an export manager, Yulia decided she could improve her strategic thinking skills with an MBA.

Yulia describes being on the Imperial College Business School MBA as something she takes, “Great intellectual pleasure” from, in particular because of the breadth of subjects and case studies she has covered: "The MBA is something that gives you such a stretch but is also really enjoyable”, she says.

When asked which she prefers studying for, Yulia couldn’t decide. “When I was doing my Phd. I thought it was the best thing in the world, now I’m doing my MBA I think its the best thing in the world”, she says. She continued, “this is a difficult question, being in London and dealing with so many different people gives me great pleasure but this is sort of like asking me which child I love more”.

The best thing about being on the Imperial MBA so far has been meeting intelligent people from different backgrounds and being able to discuss business issues with them. “This melting pot has been so invigorating”, says Yulia. She is so happy with her Imperial experience that she became a student ambassador for the business school and doesn’t miss an opportunity to tell people about Imperial’s MBA programme.

Yulia mentioned that even before she enrolled at Imperial, she noticed the  “sparkle in people’s eyes” whenever she mentioned that she had an offer. “The offer in itself was seen as an achievement already”, she says.

Yulia’s husband and daughter live in Oxford so I asked her why she didn’t study at Oxford University's Said Business School and she explained that there’s just a feeling of being at home in London that she never experienced on any of her three visits to Said. It would have made sense geographically but Yulia did not feel the same entrepreneurial drive in Oxford as in London.

“When I came to the Oxford interview I did the best I could not to get a place there”, Yulia says. Now she’s got a flat in London and her husband and daughter visit regularly if she isn’t visiting them in Oxford. She also loves being active in the Consulting Club and the Private Equity Club and studying close to places she loves such as the Victoria and Albert Museum and the Royal Albert Hall.

Yulia says she feels very lucky to have achieved this much but also to have the opportunity to set a good example for her eleven-year-old daughter. She described the feeling of pride she had when she recently ran in between case study presentations to attend her daughter’s Parents' Evening. “I got great feedback from her teachers and so even though I know she misses me when I’m away, I know I’m doing the right thing and sending the right messages to her”, she says.

Yulia has six months to go on the Imperial MBA and is trying to pack in as many external projects as possible. She’s presently doing an experiential leadership project for the charity Comic Relief and is building up her leadership skills to take on a business development role in a large multinational management consultancy when she graduates.

Looking for info on a top business school? Check out our interactive pages

Excellent article... All the best to you Yulia :)