Presidents, Jennifer Hoffman and Kimberly Carter explain how the Internet poses a threat to traditional forms of media and discuss important guest speakers from YouTube and Warner Brothers

Jennifer Hoffman (left) and Kimberly Carter (right), presidents of the Entertainment and Media Club at University of Michigan: Ross

Jennifer Hoffman, who previously worked with banks such as Barclays Capital and UBS and Kimberly Carter, who has worked for Google, now attend Michigan Ross School of Business as MBA students. Now presidents of the Entertainment and Media Club, they talk to us about fascinating guest speakers from YouTube and Warner Brothers and how the Internet poses a threat to traditional forms of media.

What are your club's main aims this year?
Jennifer: This year, Kim and I want to build on the foundation set forth by the club in previous years. We would like to work with our career services to present more entertainment opportunities to the members of our club in the form of speakers, job postings, and general awareness. In addition, we would like to partner with other schools and participate in media conferences. Finally, we would like to educate our members so that they are prepared to recruit and work in the entertainment and media industry.

A bit about your personal background: what were you doing pre-MBA?
Kimberly: I spent five years working in advertising at Google before business school. I started out in the Mountain View headquarters office, then spent some time working abroad in Singapore, and was based in Poland for my most recent position as a manager of the German advertising operations team.

Jennifer: Before my MBA, I worked in the financial services industry for seven years. I spent a few months at Morgan Stanley working as a financial advisor. Then, I spent the next six years working at Barclays Capital and UBS in financial operations. At UBS, I managed a team of individuals and gained international exposure by working with traders domestically and internationally.

Who was your most exciting speaker this year?
Kimberly: I would actually call out two exciting speakers we were fortunate to host in the past year. 1) Sean Park (2004 Ross MBA alum) who is the Head of Global Product Marketing for YouTube. 2) Susan Miller, the founding partner of Mixed Media Group, with previous experience as a VP for Warner Brothers. 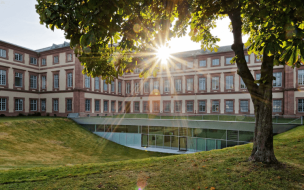 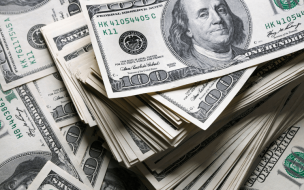