10 Things MBAs Should Keep Hidden From Their Undergraduate Lives 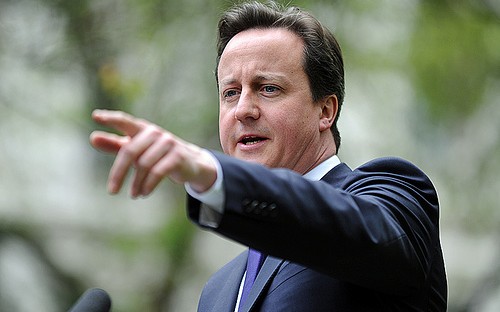 David Cameron has faced criticism for pigging around at Oxford University

It’s been a few weeks now since the David Cameron “pig-gate” revelations hogged the limelight. The boorish masses snorted with delight as the British PM was accused of having inserted “a private part of his anatomy” into a dead pig’s mouth for an Oxford University secret society’s initiation ceremony.

He’s denied the accusations, but he may be telling porkies.

Fortunately for Cameron, no photographic evidence exists to back up the extraordinary claims made in an unofficial biography by Tory peer Lord Ashcroft. Even more fortunately, Cameron grew up in the prehistoric “before Bebo” era, hidden from the judging glare of social media.

For today’s youth, Twitter, Facebook, Snapchat and Instagram are the perilous pack of elephants that never forget. The morning after is often spent worrying about what may have been photographed the night before. Job applications require a Soviet-style purge of uploaded photographs, questionable fancy dress choices, holiday romances, and drunken falls.

Today, “pig-gate” is an extreme example of something we all fear.

The MBA student community is a far cry from the pig pen of undergraduate life. The average MBA is a suited and booted, squeaky clean, and slick business professional. Nose rings and dreadlocks are a rarity, drum n’ bass raves probably non-existent. But we all have a past. The important thing is to keep it hidden.

With this in mind I give you: 10 things MBAs should keep hidden from their undergraduate lives.

1.     That profile picture of you with a traffic cone on your head. Censoring your social media accounts should be of paramount importance. If your Facebook is so full of filth that it can’t be helped, change your name or delete it. Change your tinder bio. You are not “Brad the Impaler”. You are a responsible business professional. Get back on BusinessBecause: the premium palace for prospective MBAs.

2.     Drunk photos.  Firstly, it is necessary to identify and isolate the cause of this phenomena. Alcohol can be ruled out — you hadn’t drunk that much anyway. No, there is a particular breed of human, who thinks bringing a camera out on a night out is a good idea. Eliminate them.

3.     That video of you on YouTube. Ever streaked at the varsity football game? Ever necked a drink in a lecture? Ever urinated on a war memorial? Ok, maybe not. But if you have done only one of these things, chances are you’re on YouTube. Unless you are showcasing your entrepreneurial flair, YouTube must be avoided at all costs. You are not Ronnie Pickering.

4.     That questionable fancy dress costume. Two British students went viral for dressing up as the collapsing twin towers for a fancy dress competition. While, absurdly, they won a £150 pound prize, they lost all career prospects. As Prince Harry will confirm, avoiding anything to do with Hitler is also a safe bet.

5.     That time you stole from the honey pot. Hide all traces of former corruption. Society treasurers are well versed in the dark arts of corruption, embezzlement and money laundering. Such expertise would up until recently have landed you a stellar job at FIFA. Now, it is largely frowned upon. Do not start out on your career in management with mismanagement.

6.     Your embarrassing tattoo. Bottom tattoos are easily hidden. A tattoo on your face is harder to hide. Don’t get a tattoo on your face. This is a basic life skill. You are not Mike Tyson. You are probably working nights in a Bargain Booze warehouse.

7.     Your criminal record. Granted, this is quite difficult to hide. You are most likely not studying for an MBA with this hidden away somewhere. But if you do get arrested, don’t live-tweet it as one American student named “Vodka” (no joke) did.

8.     Your reputation. Jack the lad? Queen plastic? Snap out of it. You’re in the real world now.

9.     A record of your conquests. What did I say about Jack the lad?! Burn all evidence. Who knows who’s on there. Let it burn. (In a safe environment).

10.   Society initiations. Of course! As Cameron will tell you, these are best kept under wraps. Pigs aside, these hellish ordeals usually involve alcohol, public humiliation, and nudity — ingredients which in no way come together to form a top MBA application.