10 Reasons Why You Should Choose China For Your MBA 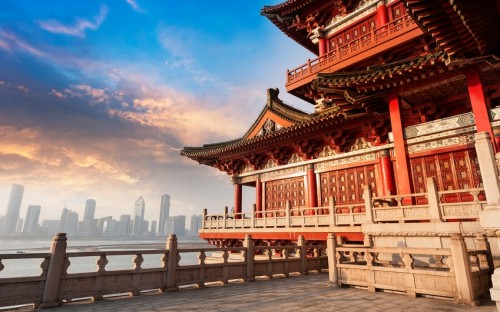 MBA programs in China are on the up.

“China is a big country, inhabited by many Chinese.” Though the iconic French general and statesman Charles De Gaulle passed almost half a century ago, this reductive epithet continues to echo from the general Western population.

China is still a big country and it is, indeed, inhabited by many Chinese. But an increasing amount of international students are flocking to its shores, as well as those of the autonomous region of Hong Kong, attracted by everything from scholarships to start-ups.

Here are 10 reasons why students are foregoing more obvious choices to venture East:

China famously opened its doors to the Western world in the late 1970s, and its MBA programs reflect that East-West cooperation.

Programs like the Beijing International MBA (BiMBA) of the National School of Development (NSD) at Peking University (PKU) give students the chance to sample both East and West as they can pursue joint programs between PKU-University College London (UCL) or PKU-Vlerick Business School (in Belgium).

Chinese culture is, at its core, welcoming, open, and innovative. Hong Kong, in particular, is a crucible of the East-West mindset, resulting in outward-looking programs replete with international students at both the Chinese University of Hong Kong (CUHK) and Hong Kong University of Science and Technology (HKUST).

Programs at school based in China and Hong Kong occupy much of the FT’s top 50 MBA rankings, with HKUST, CEIBS and CUHK (pictured below) the best-performers.

International business schools such as Hult International Business School and UBC Sauder also have campuses in China, meaning that the best of the West is now also accessible in China.

3. A huge range of potential employers

Obtaining an MBA is still an exotic prospect for the overwhelming majority of young Chinese, so having such a qualification still elevates you on the mainland.

“MBAs here have great access to local and multinational firms across all industries in Asia, and the alumni network is extensive,” says CEIBS MBA student Yashasvi Nahata.

Cities like Shanghai, Beijing and Hong Kong are global financial, trade and industrial centers, providing opportunities unparalleled in the region. In fact, more than 80% of graduates from HKUST Business School in Hong Kong continue to work in Asia after their degree. China is home to many multinationals and domestic giants like Huawei and Alibaba.

Students at the Cheung Kong Graduate School of Business (CKGSB) tend to follow suit: “Our 9,000-strong Executive MBA alumni network accounts for 17% of Chinese GDP”, says Bo Ji, the Chinese school's Assistant Dean for Global Executive Education. “It’s one of the most exclusive alumni networks in the world, in which our students can meet Chinese business leaders in every sector.”

The percentage of MBAs employed after three months is well over 90% at most Chinese schools, with some schools even achieving 100% post-graduate employment rates. CEIBS, HKUST and CUHK boast figures on a par with Harvard.

While students on some of the most prestigious Western programs can expect to earn 80-100% more after graduating, CEIBS graduates earning an astonishing 157% more after their MBA.

Schools in China are offering more scholarships than ever, and to a wider range of applicants. CEIBS offers 30 different scholarships, and CUHK offers 20.

Scholarships are generally awarded based on academic and professional merit, personal accomplishments, interview performance and potential contributions to the MBA program. And there are plenty of scholarships for women, including a CUHK scholarship which can save one high-potential female candidate up to 50% off their tuition fees.

It’s true when people say China is Silicon Valley’s only true competitor. Over 500 million people use a smartphone in China today, and when combined with entrepreneurial hunger and high consumer adoption speeds, it’s no surprise that Chinese start-ups are beginning to reach valuations in the tens of billions.

Chinese business schools have also begun to support this movement. “CEIBS has a great start-up incubator where MBAs, EMBAs and alumni can work on ventures, and are connected with local and international venture capitalists”, says Diego Garcia Fernandez, a CEIBS MBA student based in Shanghai (pictured below).

Chinese cities take pride in their unparalleled shopping experiences, nightlife and cultural pursuits. Newcomers can take tours around the city to gain an overview, visit museums on rainy days, join expat sports teams, lounge around in one of the many inner-city parks, and, of course, sing kareoke.

“Shanghai is a cultural melting pot”, says Diego. “In a typical week, I can eat steak cooked by a Malaysian comedian, go drinking to the frenetic tune of Afrobeat, visit a new gallery opening, and play football against other Chinese business schools.”

The benefits of being able to converse with a fifth of the world’s population don’t even need to be expounded. And Chinese business schools actively encourage applicants to learn the language before they start their MBA.

CEIBS requires students to attend a summer course in Chinese. Though those learning in Hong Kong don’t necessarily need Chinese to get by, CUHK strongly recommends it and provides a globally-renowned language center. HKUST provides several Mandarin courses, one of which is free of charge.

“CUHK offer about 100 exchange programs, with two opportunities per semester for students” says MBA student Yannick Asselin. “MBAs selected to participate in case competitions abroad also have 80% of the cost covered by CUHK”.