Best MBA Jobs: After an MBA in China, Jonathan entered a career at Richemont

Using his MBA in China to learn about Asia’s business markets, Jonathan has leapt into a career as chief of staff to the CEO at luxury goods company Richemont

Many business school grads can only dream of a career that’s as global as the one MBA grad Jonathan has landed.

Born in France with Chinese and Vietnamese roots, Jonathan Ly was itching to learn more about his ancestry while getting to know the business landscape outside his native Europe.

In his search to find a global MBA with strong corporate finance and strategy expertise as well as Asian and China studies, he came across the Global MBA at Peking University (PKU) Guanghua School of Management in Beijing.

Since graduating from his MBA, Jonathan worked twice as chief of staff in the Asia-Pacific region first at Capgemini and now at Richemont, a leading luxury goods company.

Using an MBA to learn about  Asian business markets

Jonathan was excited to join the PKU Guanghua MBA for several reasons.

“The MBA at PKU is the best in China in terms of creativity and innovation, so I knew I had to go there,” he says.

He was also interested by the idea of learning about China and Asian markets and how these markets benchmark themselves against North America or Europe.

China is a rapidly growing and digitised country with many businesses looking to expand their digital transformation efforts.

"Studying a Global MBA in China is a great way to learn more about the digital ecosystem in China and all the initiatives or centers of excellence built there," says Jonathan.

“Up until the MBA, my education was Eurocentric but the MBA increased my exposure to Asia,” he says.

The 22-month PKU Guanghua MBA emphasizes case learning across courses such as Corporate Finance and Operations Management, where students learn about how Chinese businesses operate and adapt to the market.

Through case learning, Jonathan enjoyed being able to act as an investor and consider how to gain access to the Chinese market, thinking about how to adapt the business model to the market.

There were also opportunities for Jonathan to test his knowledge outside the MBA classroom during visits to real companies in China.

He visited the Chinese ecommerce giant Alibaba and during a trip to Omaha and Berkshire Hathaway, he even sat next to renowned investor Warren Buffett.

“I couldn’t believe I was sat next to someone like Warren Buffett,” he says, “he gave us advice about investments, reading market reports, and finding the right work-life balance.”

During these company visits, Jonathan was able to connect with other visiting MBAs from top business schools such as Berkeley Haas, Chicago Booth, and MIT Sloan.

Using experiences beyond the MBA classroom to thrive

An MBA program is what you make of it—if you want to go beyond studying, there are always plenty of opportunities to get involved in business school clubs.

This is exactly what Jonathan did during his MBA at PKU Guanghua. He organized a fashion show at the university, which involved hiring models, designers, and strategizing the event.

“We had around 80k people live streaming, so there was a lot to plan,” he says.

Not only this, but he also had the chance to act as the journalist for the university when speaking with the United Nations General Secretary and he was an ambassador and speaker at the International Cultural Fair.

These extracurricular experiences gave Jonathan the chance to meet an array of different people, including those in senior positions at top companies and organizations.

Landing the chief of staff role at Richemont

Following his MBA in China, Jonathan  joined Capgemini as chief of staff to the CEO Asia Pacific and also joined the portfolio management team in Hong Kong.

It was after this experience that Jonathan was headhunted for the role of chief of staff to the CEO for Richemont Asia Pacific and head of Diversity, Equity, and Inclusion, based in Hong Kong.

Richemont is the second largest luxury group in the world and owns 26 luxury brands including Cartier, Montblanc, and Chloé.

Richemont was looking for someone to handle strategy, the integration of new brands, and consulting on how to enter new markets—a role that lended itself well to Jonathan's skills and interests.

“What I learned about entering China [from the MBA] was easily replicable,” he says. “Because of this, I would recommend an MBA in China to anyone.” 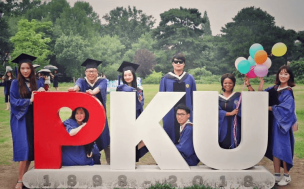 What Are The Benefits Of A Global MBA? 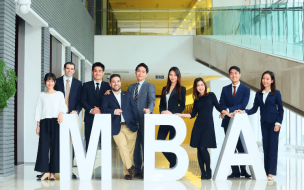 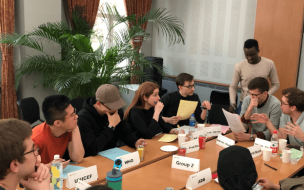