Going From An MBA To Global Management

Roberto Prudencio was prepped for global management by an MBA. He's now working for The Hilti Group in Paris

Before Roberto Prudencio went from an MBA into global management, he worked for five years in Bolivia running marine operations for a shipping company. He had been in the role for five years, and it was after growth opportunities ran aground that he enrolled at the TCU Neeley School of Business.

Roberto says he had docked in his comfort zone, and that the time was right for him to venture outside to see what other opportunities there were.

He initially considered a master’s in marine economics or management, as he wanted to continue in the industry. But after careful consideration, Roberto explains that he needed something bigger, something that would expand his knowledge base beyond a single industry. Hence an MBA.

TCU Neeley stood out to him because of the vast networking opportunities presented to MBA students at the school. On the MBA, students get the chance to dine in small groups with company vice presidents—the CIO of American Airlines has been a guest before—as well as work on live business cases with companies like IBM.

Roberto also cites the C-Level Confidential events as playing a key part to attracting him to the school. A handful of students sit down for dinner with a senior executive who shares their experiences and current industry trends.

Executives in the past have included Ralph Heath, CEO of Lockheed Martin, Julie Wilson, the VP of urban development at Chesapeake Energy, and global product supply officer from Proctor & Gamble, Keith Harrison.

Roberto also had the chance to attend industry-specific networking events that give MBAs the chance to secure one-on-one opportunities with employers. Industries include finance, marketing, healthcare, energy, and supply chain.

“To interact with senior people is important because it changes your mentality, how you see things, your understanding of how decisions are made, how to approach strategy,” Roberto explains. “So, I built a strong relationship and network, but I also gained knowledge from those experiences.”

How an MBA accelerates your career

Roberto admits his career sped up a lot, and he credits the MBA with preparing him for global management.

“You are closer to opportunities in multinational companies at headquarter level,” he explains. “I’m now in a global role which was my main objective after the MBA. I wanted to have a global role within logistics and without the MBA I don’t think I’d have got it.”

On the MBA program at TCU Neeley, Roberto had the chance to undertake multiple internships. A key part of his development was the first-hand business experience the school provided.

He worked as a consultant for Southwest Airlines, a project manager for The Michaels Companies, and in supply chain management for Alcon, all in the Dallas-Fort Worth (DFW) area.

There are 20 Fortune 500 companies in Dallas alone, and when Roberto talks of being closer to multinational company headquarters in the DFW economic hub, he’s talking about companies like Exxon Mobil, AT&T, American Airlines, and Southwest Airlines, who are all stationed there.

“I think it’s crucial to have a great internship because this builds your resume for when you’re looking for a full-time position,” he adds. “Having real work experience to prove your skills and capabilities is crucial later.”

Building a career with The Hilti Group

Roberto’s experience landed him a role with The Hilti Group once he graduated in 2017. He began as an account manager in Bogotá as part of the company’s leadership development program—the Outperformer Program.

For two years he rotated between roles and functions, working in HR, logistics, and marketing, before moving to Paris in 2019 to take up his current role.

So, how has the MBA helped him build his career?

“From an MBA you understand the interaction between different departments, strategy, and working with people,” he explains.

In his current role he is thriving on the soft skills he developed during the program too. As a global logistics service organization, Roberto explains he has to coordinate between local, regional, and global markets, and it’s the soft skills that enable him to do that.

And would he be where he is today without the MBA?

“No, I don’t think so,” he concludes. “It helped me out to not only have more fundamental knowledge in finance, marketing, operations, but to also interact with senior managers.

“To feel comfortable interacting with that level of senior management is crucial. I think it was very important, and I don’t think I’d be in this place if I did not pursue an MBA.” 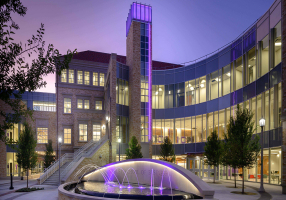 How An MBA Prepares You For A Career In Marketing

WEBINAR | What Is The Return On Investment Of An MBA? 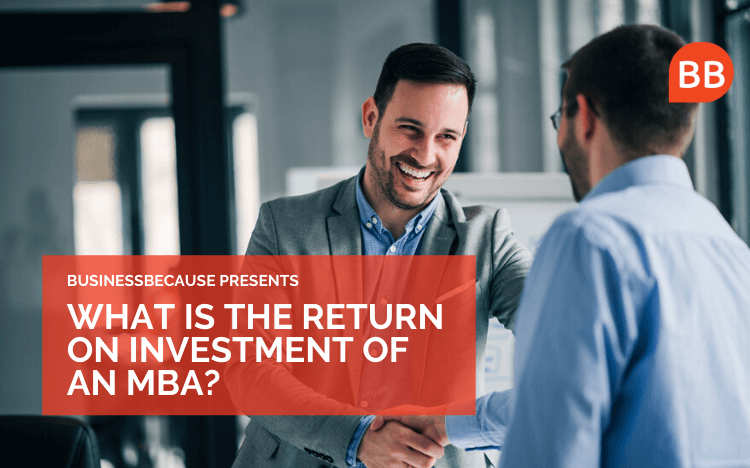