Best MBA Jobs: From An MBA In Asia To A Career At Amazon In The US

If you’re looking for a future-focused career where no day will be the same, venturing into the world of Big Tech might just be for you.

Sharan JM is one business school grad who has used his MBA in Asia to launch a tech career at Amazon as a product manager—find out how he did it.

Joining the MBA after founding a startup

Before his MBA, Sharan worked as a system engineer at a leading IT consulting firm in his home country, India. He also co-founded a real-time school bus location tracking startup in Bangalore, which helped to boost his innovative mindset and entrepreneurial skills.

“We realized we had made some mistakes while executing [the startup],” he says, “this was when I knew I was lacking some broad business skills in operations, finance, and marketing.”

To bridge these gaps and advance his career, Sharan decided that the next step was to join an MBA program where he could blend his technical knowledge with a generalist understanding of management.

“When I worked on the startup, I found that I am passionate about both the management side as well as the technical aspects of running businesses and so I hoped that the MBA would help me to merge these knowledge areas.”

He heard about the Asia School of Business (ASB) MBA from Subramonia Sarma, then the director of Action Learning at ASB, whom he met in Bangalore, and after researching the program, he was even more excited to join the Kuala Lumpur-based MBA.

“I was really drawn to the Action Learning curriculum and the school's collaboration with MIT Sloan,” he says.

The 20-month ASB MBA was born out of a partnership between the Bank Negara Malaysia and MIT Sloan School of Management. Both ASB and visiting MIT faculty teach many of the MBA modules.

Gaining exposure into new business sectors during the MBA

To go far in the ever-changing future business world, it’s crucial to have a broad understanding of different business areas and ways of working.

One of the main features of the ASB MBA is its ‘Action Learning’ curriculum, where students take part in five consulting-based projects with ASB’s global partners.

Sharan worked on a variety of projects including improving the marketing strategy for Johnson & Johnson in Malaysia, a supply chain optimization project for Delmonte in the Philippines, and working with the Asian Development Bank to improve the coffee ecosystem.

“These experiences helped me take a step back and articulate problems clearly—I learned that it’s better to spend time defining the problem before deciding on the right solution.”

He also adds that the MBA consulting projects were a chance to mix with an array of different people.

“Kuala Lumpur is a melting pot of cultures. Working on multiple projects in different countries helped me communicate with different people and explain concepts to a non-technical audience,” he says.

He also strengthened his technical skills during the ASB projects in areas such as data modelling, analytics, and optimization.

ASB offers an immersion program where MBAs can spend time studying at MIT Sloan’s campus in Cambridge, Massachusetts, in the US. For those who want to advance their business knowledge, students can opt to study the MIT Master of Science in Management Studies (MSMS) program that’s available to MIT partner schools.

This is exactly what Sharan did after finishing at ASB—adding both an MBA and an MIT master’s in management to his belt.

Networking to land an MBA career at Amazon

There’s no denying the value of networking—especially if you see yourself at a big tech company such as Amazon.

Following his MBA, Sharan spent three years building a career in data science and product management at AirAsia, before finishing to study his master’s at MIT.

It was then that recruiters from Amazon reached out to Sharan on LinkedIn. He believes that the headhunters were impressed by his MBA experiences and his knowledge of data science products.

Sharan leveraged his connections at MIT to speak with alumni advisors about a career at Amazon.

“I was able to speak to alumni working at Amazon and receive guidance and insights, which really helped when applying for the role,” he says.

He eventually landed the position of product manager - technical at Amazon in Seattle after completing his MIT master’s, where he now works with a team of economists and data scientists to measure the long-term impact of advertisements on shoppers.

“Learning the foundations of management and basics of economics, statistics, and causal inference at ASB provided a great foundation to launch my tech career at Amazon.”

With an MBA and an MIT master’s, Sharan has been able to successfully complete the MBA ‘triple jump’—switching role, function, and location—and launch a thriving career at Amazon in the US.

Next Asia School of Business Reads : 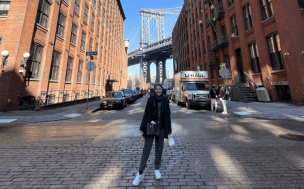 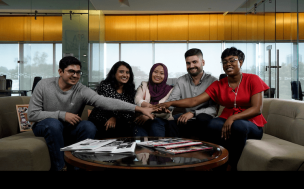