MBA Scholarships Are Bountiful—Here’s How To Win One

©andreypopov—Show me the money: MBA scholarship awards are on the up

Some savvy students are even negotiating their own financial aid packages

Tory Paez would not have gone to business school without scholarships.

Having served in the US Peace Corps as a community economic development advisor on a rural island in Costa Rica, she received a minimal stipend as a salary. That put her desired MBA program at Georgetown University’s McDonough School of Business, with its $58,500 tuition fees, out of reach.

“I knew I couldn’t afford to put myself in a financially compromising position for my entire career,” Tory says. Her scholarships from Georgetown cover the full tuition fees. In order to pay for extra costs, such as living expenses, she works a part-time job and uses personal savings.

But the scholarships have given her the freedom to pursue a business education and a career in the social impact sector, where compensation is not comparable to more traditional MBA career paths, such as consulting.

“I am incredibly grateful for the opportunity my scholarships have awarded me. I would not have been able to pursue my career aspirations in the same way without them,” says Tory.

Studying for an MBA is a huge financial investment, but to alleviate some of the pressure, there are an increasing number of business school scholarships on offer.

According to GMAC data, 61% of this year’s students are receiving scholarships. That is up from 41% in 2014. Competition for the best candidates has been the driver, according to admissions consultants.

At ASU's W. P. Carey School of Business, scholarships are available to every full-time MBA student who is admitted. The school’s ‘Scholarships For All’ initiative was launched in 2016 to attract students from non-traditional backgrounds to pursue the MBA, prompting a boom in applications and a more diverse class.

NEOMA Business School of France offers six different categories of merit-based scholarships each worth €8,000 ($9,200) for EMBA students. Although financial need is taken into account, the scholarships were created to attract certain profiles of students, such as entrepreneurs, innovators or people with experience in developing markets, says Leila Murat, director of the MBA programs business unit.

It’s important to apply early, she says. “We have a first-come, first-serve policy. And most schools begin the admissions cycle with a certain allotment of scholarship money which runs out towards the end of the cycle. Thus, the earlier you apply, the better your chances.”

Shelly Heinrich, associate dean for MBA admissions at Georgetown, says applicants need to prove their worth

Tory believes she was successful because of thorough preparation and her past work experience. “I conducted informational interviews with connections in my network, as well as with current students, to understand the options available and how to best position myself for success,” she says.

So bountiful is financial aid that some savvy students are negotiating their own customized packages, pitting one offer against another before accepting an MBA place. A successful negotiation requires “extreme tact”, according to Esther Magna, principal at admissions advisory firm Stacy Blackman Consulting (SBC).

One of her clients, a male finance applicant, was admitted to Northwestern University’s Kellogg School of Management and the University of Chicago Booth School of Business, with scholarships to both.

Preferring Booth, he sent a letter to the school affirming interest but acknowledging that Kellogg had offered more money. The following week, Booth increased the offer to $10,000 more than Kellogg’s. He opted for Booth.

Between 20-to-25% of SBC clients receive scholarship packages ranging between $2,000 to full-ride offers valued at $200,000. The collective amount received by clients each year is between $2-to-2.5 million.

“The negotiation leverage is best when the candidate’s original application is optimal quality, as any negotiation efforts will always be tied to the strength of the profile and not predicted merely by the way a candidate asks for money,” says Esther.

Shelly Heinrich, associate dean for MBA admissions at Georgetown, advises that candidates do not come back asking for more scholarship dollars unless something has drastically changed about their application since submission—for example if they increased their standardized test score or received a promotion at work.

She says the admissions interview can really make or break someone’s candidacy. “In a positive way, if they do an above-average interview, they could be the person that an admissions committee member fights for in conversations about scholarship awards,” says Shelly.

“Conversely, they could have the best stats on paper, but really not wow us in the interview or convince us that they know Georgetown McDonough is the right fit for them.” 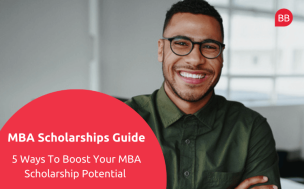 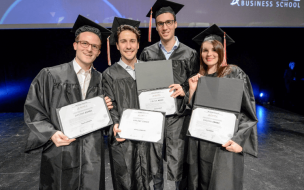 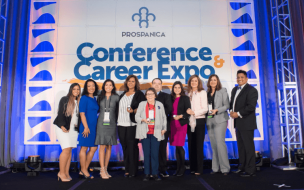 25 Top MBA Scholarships For Minorities In The USA