From Aussie Copper to Ernst And Young Fraud Investigator

Aussie copper Craig Gregory used his MBA to trade in his badge and gun for a desk job in Ernst and Young’s fraud investigation unit.

Craig now manages the Fraud Investigations and Dispute Services at Ernst and Young in Perth, Western Australia. He has been able to add tremendous value at the firm by coupling his police experience with an MBA from the Australian Graduate School of Management (AGSM). At Ernst and Young, Craig is responsible for detecting large scale fraudulent activity within companies and giving these companies the right to dismiss those employees without an industrial claims action being brought against them.

Craig grew up and went to school in Perth where his father was a bank manager. He started a business undergraduate course at university but did not enjoy it and so transferred to a degree in police psychology. Joining the police force was a great learning experience for Craig, though at times very tough. Apart from being shot at and shooting (of course lawfully) at other people, he served as the Officer in Charge of detectives in Dili, East Timor. This was a United Nations Peacekeeping operation in a country riddled with conflict.

Craig actively policed the local community, and conducted criminal investigations involving murder and many other gory cases at the capital city. He and his team lived in a compound surrounded with razor wire and were armed 24/7, even in their sleep! He describes the experience as “character building”. On his return to Perth, Craig worked with the Office of Transport Security, a government department dedicated to preventing terrorist attacks on transport facilities such as airports, oil and gas rigs and sea ports.

Living in Perth, his career was beginning to stall. He decided to take the MBA plunge. AGSM was best suited to Craig’s busy schedule because it offered a very flexible part-time programme. Craig has taken classes in nearly all of Australia’s major cities: “You can attend the same class anywhere in capital cities...I’ve taken classes in Melbourne, Sydney, Adelaide, Brisbane and Canberra”. Craig said that it was like being on exchange all over Australia. The best thing about his inter-city MBA was the diversity of class interactions: “If you go to class in Sydney, you meet lots of people from Banking, if you go to class in Canberra or Perth, you meet lots of public servants”. Craig has found this vast network very rewarding.

Studying for the AGSM MBA has allowed Craig to excel at his Fraud Investigations role. Because resilience and high moral values come naturally to him, he can combine his new understanding of the financial services world to deliver great results.“Understanding fraud requires understanding roles in business relations....even though data analysis was the module I was least fond of, I am able to see better how it can be manipulated in the corporate world to suit fraudulent purposes”. Additionally, “I work with a bunch of accountants so I need to be able to speak their language”.

For Craig, there is not nearly enough adrenaline from busting inappropriate company credit card users. However, he is perfectly happy to be away from the bullets and ruthless government officials and safe at home with his wife and their two young children. 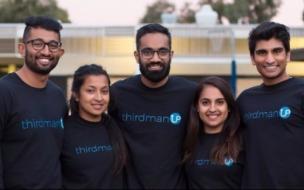 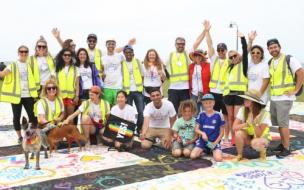