In 2009, the rules of pitching competitions were rewritten by an innovative, socially-driven entrepreneur from Hult International Business School.

His name is Ahmad Ashkar, and he is the brain behind the Hult Prize.

The son of Palestinian parents who moved to the US in the 1970s, Ahmad began his career in finance in 2002, working on Islamic mortgage securities in the run up to the financial crash.

In an Esquire Middle East article in 2017, Ahmad says after the crash he had to fire 50 of his staff overnight. He turned to his wife and asked, ‘what are we going to do now?’

The answer to that question was Hult International Business School, where Ahmad enrolled in 2009. Two weeks into his MBA, he had the idea to combine ‘capitalism and humanitarianism’ to tackle social ills. His vision became the Hult Prize.

Almost a decade on, the Hult Prize is now one of the world's biggest drivers of for-good, for-profit, ethical startups. It challenges aspiring entrepreneurs around the world to find business opportunities to solve the world's most pressing issues. The winners are given $1 million to propel their venture!

The competition has deployed more than $50 million of capital, generated 200,000 startup business ideas, and brought together over one million students.

Sponsored by Hult, the prize is also run in partnership with the United Nations. Each year, teams are challenged to solve three of the UN’s Sustainable Development Goals under the banner of a single theme—harnessing the power of energy is this year’s theme, and aims to provide affordable, clean energy; decent work and economic growth; and industry, innovation, and infrastructure.

Teams of three or four students from any college or university in the world can compete.

BusinessBecause caught up with a past finalist and winner to talk sustainability, progress, and their goals for the future.

The IMPCT Coffee team started life as four individual MBA students at the National Chengchi University in Taiwan. It was during the final year of his MBA that co-founder Andres Escobar first heard about the Hult Prize.

“I had a lot on the table, so I never considered participating in a competition,” he says. “It was my roommate, Juan Diego, who persuaded me to participate.”

Their challenge? Early childhood education in the slum and beyond.

“The idea at the beginning was completely different and has been evolving ever since. You can fall in love with your goal, but you always have to pivot, especially with social entrepreneurship, to fulfil your vision.”

There were three phases of development, he says, that all grew from the fundamental goal of building early education day-care centers. At first, Andres and his team toyed with the idea of providing WiFi to communities through antennas placed on each center—that idea was crushed by the omnipresence of mobile phones and data, lessening WiFi demand.

Next came an idea that involved creating a social impact investing platform, a crowdfunding template where anyone could invest money with expected returns on investment of one-to-two percent. The centers would then be built from the investment.

“That’s the idea we won with at the Hult Prize, but then we found out, when our lawyer told us, that we can’t do that in the US,” says Andres.

They would have had to have gone through the Securities and Exchange Commission because their venture involved investing, and a return on investment. Their team’s lawyer told them it was “basically illegal.”

Andres says they knew they needed something to sell to make the profit that would allow them to build the centers.

“We started selling jam in Taiwan,” he says, “but quickly found out few people consume it on a daily basis, and it wasn't catchy enough.”

They needed a bigger opportunity. The answer? Coffee.

“80% of people consume coffee on a daily basis and in an increasingly demanding way. People are willing to pay a bit more to switch their coffee for a coffee with a social purpose,” Andres explains.

The IMPCT Coffee team began selling through a website in Taiwan. When that went well, they opened a brick-and-mortar café in Taipei. “We were voted the best coffee in Taiwan on TripAdvisor!” Andres beams.

By working with coffee farmers in El Salvador, Guatemala, and Honduras—who give IMPCT Coffee incredibly reasonable prices in line with their own corporate social responsibility programs—Andres says they are able to get the money needed for the day-care centers.

As of now, he adds, they have built three centers in El Salvador, one in Guatemala, and one in South Africa. There is soon to be one opening in Honduras.

They are helping tackle a serious issue present in the countries within which they are operating.

“The hard reality is children are often locked in their homes and left alone for the entire day, or with neighbours,” Andres explains, “they are not in the best environment for them to grow—they are not being properly stimulated with proper education,” Andres explains.

“That’s a huge waste of human potential we wanted to address.”

“We really want to be sustainable in these countries, and up and running there before we expand into other countries,” he adds. “The entire value chain has to be coherent and ethical, so we only work with farmers who have good practices, and pay people well, from the person who picks the coffee to the roaster.”

The future, he hopes, offers the chance to work directly with the farmers where they source their coffee to build day-cares for them.

For Hult International Business School, the Hult Prize offers the chance to align with the future of sustainable business. For Andres and the team at IMPCT Coffee, the prize opened up a wealth of opportunity that would have otherwise been shut off to them.

“It was super important because it gave us a lot of exposure, funds, and it gave us that seal of credibility: ‘These guys won among thousands of students, so they must have something good going on!’”

Theme: Doubling the income of residents in the world’s toughest regions, by 2022

Nataliey Bitature and the Musana Carts team came together while studying their Master’s degree at Hult International Business School’s San Francisco campus in 2016.

The goal of the Hult Prize that year? To double the income of 10 million people residing in crowded urban spaces by 2022.

Nataliey—who grew up in Uganda—and her team had the idea to support and develop the incomes of street vendors in Kampala, a large proportion of the work force but one underserved and restricted by government regulation.

Although they didn’t win the Hult Prize in 2016, after the final they booked a one-way ticket to Africa to pursue their venture.

“Street vending in Uganda is actually illegal,” Nataliey explains. “People have their carts seized and are harassed.”

That impacts productivity, and when added to poor food hygiene and budgeting, vendors struggle to make a living. The city council’s reaction to the illegality of street vending has been a major stumbling block for vendors in recent history.

“They didn’t pay rent, taxes, and no one checked their food sanitation,” Nataliey explains.

Musana Carts provides solar-powered carts to the vendors who sell street food across the city. They then vet vendors, conduct a health check before they begin, and uphold the highest level of food sanitation checks. By registering with Musana Carts, vendors can declare their income and business as legal, moving employees out of the informal economy.

The most important thing, Nataliey adds, was initially getting a prototype to market. Feedback on that from their customers has been the driver behind product progress—capturing the culture of street vending was also key.

Musana Carts had to work hard to change the vendors’ approach to income. But, by implementing incentives for budgeting—a free bag of flour, or access to a cart at a festival, for example—the response has been overwhelming.

“One of them was like, ‘my goodness, my brother is an expense!’,” laughs Nataliey, noting that for many vendors this was the first time they truly scrutinised their income and outgoings as a business owner. “They looked back and saw the value, but it was a process to get there.”

Now, Musana Carts is able to go to the council and show them the number of vendors they oversee, how many reports of food poisoning there have been, and things like noise complaints, to show how they’ve changed the way street vending is being done.

“We’re trying to make it a formal career,” Nataliey says, “and have better training, and lots of dignity instilled into it because then they take it more seriously and don’t break any laws. Hopefully, that will get them to change the policy for all street vendors.”

Each vendor they work with makes just under $100 per month—double what they earned beforehand—and last month, says Nataliey, Musana Carts signed a deal with Coca-Cola to roll out 250 carts across the country in the next six months.

5 Ways An MBA Will Get You Jobs In Australia 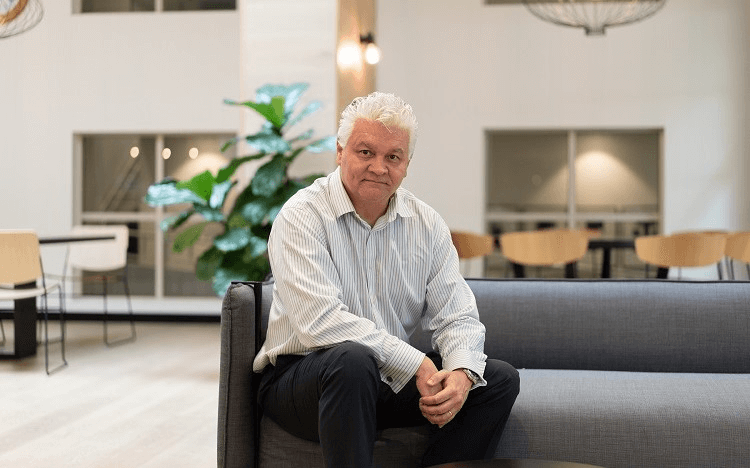