Oyekunle Olaoye is a current MBA student at HEC Paris

With more than 600 alumni living in Africa and another 250 African students currently enrolled on campus, HEC Paris is poised to be a driving force in the continent’s future

By every measure, Africa is flourishing. Inflation is down, political stability is up, and the economy is charging ahead with 3.3% annual GDP growth. With such a thriving business climate, many Africans are choosing to study abroad, then looking for ways to contribute back home.

Take, for example, Oyekunle Olaoye, a current MBA student at HEC Paris. Raised in Nigeria, it is his wish to return to the region after graduating, putting into practice his MBA education to roll out financial projects there.

“I had a plan,” he says. “I became an engineer to get the technical and construction skills, but the MBA is the [next] stage of developing my understanding of business—how to find the right project, what resources I will need, etc.”

In the customized phase of the HEC Paris MBA, students have the option to undertake an academic fieldwork project in which, if they pitch a successful idea, they work with an HEC Paris professor and a company to solve a complex business problem.

“I want to work on projects with a company focused in West Africa,” Oyekunle explains. “It really helps when you can talk and work directly with a company.”

Being the Vice President of the Africa Club at the school, Oyekunle adds that they plan to attend a networking event at the Ivory Coast embassy to meet investors and French companies who are interested in working in Africa.

This is how the initial connection is often made for HEC Paris MBAs, as they tap into the school’s alumni and corporate connections—nearly 4,000 HEC Paris alumni are CEOs, CFOs, or the founders of their own companies.

Last year, the school hosted Africa Days, a three-day event designed to discuss the challenges and opportunities of 21st century Africa. Among the 15 prestigious speakers that came to campus were S.E. Daniel Kablan Duncan, Vice President of the Ivory Coast and Tiemoko Meyliet Koné, Governor of the Central Bank of West African States.

“You bypass the doors just because you go to HEC Paris,” Kunle says. “It [also] really helps when you have an HEC Paris professor behind your research. If you [then] find a company that wants to expand into Africa you can pitch a project to them, and if they are interested they will sponsor it.”

In Nigeria alone in 2017, France invested €350 million. And although, over the past 100 years, relations in the region have been largely dominated by the oil and gas industry, investment is now moving towards SMEs, technology, renewable energy, and startups—all areas that will help incubate Africa’s emergence as a continent worth investing in.

Carine Mimbe, a fellow HEC Paris MBA student who worked for the past two years as a deputy project manager for Cameroon’s national oil company, National Hydrocarbons Corporation, also wishes to use her MBA to roll out development in Africa after graduating.

“I believe that creating value in developing countries can really help improve peoples’ lives [there],” she says.

For that to be made possible, networking is vital.

The Executive Committee on campus at HEC Paris is a small group of 12 MBA participants who, among other things, explore career paths through peer-to-peer networking, mentoring sessions and presentations delivered by CEOs invited to the school.

“For me [that’s] important, because to develop our countries in Africa you have to attract investors,” Carine says.

“Being on such a program would help me interest people in Africa—it’s like acting as an ambassador for my continent.”

Not being able to meet demand is often the reason that companies fail or struggle to get off the ground in Africa. “All the time [in Cameroon] I was seeing opportunities,” Carine concludes, “[but] you need to have the money and the skills to develop them.

“For someone interested in Africa the opportunities are everywhere, you just have to hunt them down.” 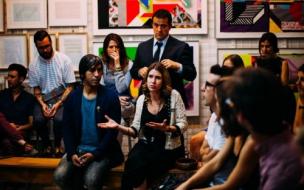 EDHEC Business School Is Blazing A Trail In Leadership Development 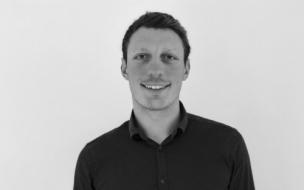 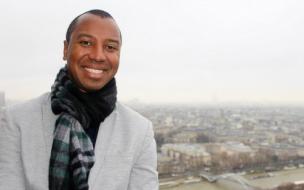