BusinessBecause took to the forums to find out what you can really expect from a job in big tech firms like Amazon, Microsoft, and Apple

Technology is one of the most popular sectors for MBA grads. According to GMAC data, 39% of business school candidates want to enter the industry after their degree.

And big tech companies are major recruiters for business schools. Google, Amazon, and Microsoft all featured in our list of organizations hiring the most MBAs in 2020.

These companies promise exciting work at the cutting edge of tech—with high salaries and a range of enviable perks to boot.

Your experience can vary widely even within the same company

As with any job, your experience in big tech will be heavily influenced by who you’re working with. According to Reddit users, MBAs working at Amazon tend to have a better experience in finance compared to product or project managers (PMs).

Another user added that in other cases, these roles can be fulfilling—it all depends on your team.

If you’re considering a career with Amazon yourself, be sure to get to know potential colleagues as best you can to ensure you’re in for a good fit, and ask plenty of questions about team culture as well as technical aspects of the job.

Standing out can be difficult

According to some commenters, making your mark at a big tech firm can be tricky—especially if you’re not used to self-promotion.

They think this is because large teams and divisions make it difficult to stand out, so presenting the work you’re doing can be a really important aspect of the job.

Luckily, for MBA grads, presenting your work in an engaging way should become second nature, since most programs require you to give regular presentations and tell stories with data.

According to some grads, one major perk of working in big tech is these companies’ attitude toward failure. At Amazon, they report, managers generally trust their employees’ instincts, and accept that a 100% success rate is impossible.

In From the Forums, we take to popular forum sites like Reddit and Quora to gather inside knowledge on what it’s really like to go through the business school journey—from application to careers

Next From the Forums Reads : 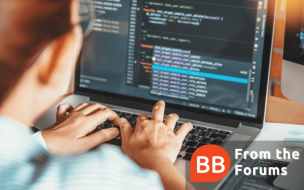 Should I Learn To Code During My MBA? 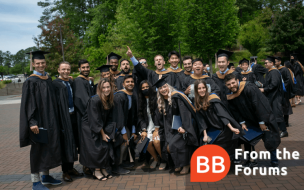 Why Are Women Still A Minority At Business School?