The number of international students in Russia is expected to double by 2025, and business schools want a piece of the pie

Dmitry Tolmachev is director of GSEM—Ural Federal University, based on the border of Asia & Europe

Based in Amsterdam, the Netherlands, Tim’s only recently returned home from Kazan, Russia, where he witnessed a narrow French victory over Australia in the FIFA World Cup. But Tim wasn’t only in Russia to watch soccer.

On June 13th 2018, the Russian Association of Business Education (RABE) held its annual summer meeting at Kazan Federal University, gathering a host of experts to discuss the latest trends and challenges in the market.

According to a report from Russia’s Expert Analytical Center, the number of international students in Russia is expected to double—from around 200,000 to 400,000—by 2025.

Between 2011 and 2016, Russia attracted more international students than Canada, China, and Japan. In 2015, over 14% of international students in Russia enrolled in business and economics programs, the third-largest study segment after engineering, and medicine. Over 60% of those come from former Soviet countries in the Commonwealth of Independent States (CIS); 24% from Asia; over 5% from Africa; 3% from Western Europe.

AACSB currently boasts nine member schools from Russia, but no Russian business school is AACSB-accredited. Tim, also AACSB’s chief officer for Europe, the Middle East, and Africa (pictured below), says this is more down to the length of the accreditation process—a four-to-five-year review of business school curricula, teaching, and learning standards—rather than any shortcomings on schools’ part.

Tim lectured for two years at IBS-Moscow, of RANEPA university, alongside a roster of international faculty and staff. While the MBA degree is not officially recognized by the Russian ministry of education—“legally, it doesn’t exist!” Tim says—many public and private institutions offer EMBA and part-time MBA programs, although most are taught in Russian.

In terms of attracting international students, Tim admits Russian business schools have had more luck recruiting from within the former Soviet Union. “Those are the easiest initial markets,” he says. “The next step is the development of more strong, English-language programs.”

For Tim, the perception of Russia in the West is an issue that can’t be ignored. Promoting a welcoming, positive image is important—Western students are less likely to study in Russia while media outlets are reporting on government oppression, election tampering, and deadly clouds of Novichok nerve agent floating across English suburbia.

“That’s why events like the World Cup are so important for Russia to create a different global perspective,” Tim says. “It’s got to be part of a managed PR campaign [on the part of Russian business schools]—something that’s not so different to what US schools are doing now because of President Trump.

“[Internationalization] is an evolutionary process,” he continues, “but Russian business schools are keenly aware of the opportunity to capture a bigger share of the market.”

Mark Thomas, director of international programs at France’s Grenoble École de Management, agrees. Grenoble offers an English-language, part-time MBA program in partnership with RANEPA in Moscow—Mark sees a market opportunity for Western schools to combine their expertise in the softer-side of management with Russia’s historical strengths in hard science and economics.

But Russian business schools going global, he says, is not just about developing links with the West. “There’s a tendency to think ‘international’ means working in English with the US or UK.

“That’s not the case—I’ve been to a lot of American schools with no international competence at all! What I’ve seen from Russian schools is there’s a trend towards the US, but also to the East, South, and China as well.”

According to George Iliev, director of development markets at the Association of MBAs (AMBA), the internationalization of Russian business schools is decidedly more of a move to the East—to Central Asia and China—than to the West.

Currently, there are 11 AMBA-accredited schools in Russia—eight in Moscow; two in Saint Petersburg; one in Kazan. AMBA accredits individual MBA, DBA, or master’s programs rather than the business school as a whole.

George, who expects more Russian programs to become AMBA-accredited in the next few years, sees strong advances, particularly in executive education and distance-learning. Sberbank Corporate University—a 100% subsidiary of Sberbank of Russia which previously provided executive education courses exclusively for its 35,000-plus bank management staff—has now opened up to offer its courses to the wider market. “It’s a very powerful new entrant in the education space,” George notes.

With the MBA market, the focus is much more localized. “The full-time MBA in Russia doesn’t exit,” George continues. “If the best-qualified applicants want to take a year off, they will choose to do so in the US or Western Europe.

“In Moscow, when I go to a school for an accreditation visit and I ask them, ‘what’s your target market?’ they’ll often say, ‘we’re on line ‘x’ of the metro system, so our target market is along this line.” For part-time MBA students in Russia—in Moscow there’s 50/50 split of evening and modular format programs—commuting times are a key consideration.

Other challenges are more historic. At a structural level, Russian universities in the past have allowed a number of business schools to operate under their umbrella—RANEPA used to have 15 business schools. Unlike the University of London, whose various schools operate with a large degree of independence at distinct locations—LSE, UCL, City, to name a few—these schools often share the same campuses and even classrooms allocated by the university.

“There’ll be one dean on one floor and another dean on the next,” George explains. “They compete against each other, and that creates confusion among applicants. It’s also a missed opportunity. Because of structural fragmentation, Russian schools are missing out on scaling up.” Russian professors, George says, also tend to teach at a variety of different institutions, and relatively little research is published in international journals.

The business school is also a new species of animal in Russia, where university economics and business faculties are often combined. “While in the West, the economics faculty is distinct from the business school, MBA students in the East often think they’re doing a degree in economics,” says George.

A business school on the up

While endorsing this theory in name, the Graduate School of Economics and Management (GSEM) at Ural Federal University (pictured above)—famous for being ex-president Boris Yeltsin’s alma mater—is one school leading the charge for change.

Uniquely located in Yekaterinburg—the fourth-largest city in Russia, on the border of Europe and Asia—the school achieved its first international accreditation from EPAS by EFMD—one of only two Russian schools with EPAS accreditation—eight years ago. It’s now going through the process of AACSB accreditation.

According to the school’s dean, Dmitry Tolmachev, 12% of GSEM students are international—around 300, with significant numbers from Kazakhstan, Ukraine, and China—and 6% of staff. Four out of GSEM’s 19 masters programs are taught in English

“Internationalization is a long-term aim,” says Dmitry. “There are around 30 business schools in Russia that are really visible from abroad, in terms of accreditations and research output.

“It’s difficult to go down this track. In the past few years, we’ve have problems with the economy and the ruble has dropped, but we are still attracting international students.”

Dmitry has support from the state. Ural Federal University is one of 21 in Russia selected to receive additional funding as part of the government’s Project 5-100, to bolster the profile of Russian schools.

For GSEM, accreditation is opening doors, with international students coming from CIS countries, but also from wider Asia, Africa, and Western Europe. The school has also partnered with well-respected institutions from the CIS countries, the BRICS, Belgium, France, Germany, Italy, even South Korea.

“Lots of internationals live here and love it,” says Zhanna Belyaeva, director of the EPAS-accredited Bachelor in International Economics and Business at GSEM (pictured above). “International accreditations are a way to spread awareness, so people see that we do have good corporate partners, international alumni, and Russian alumni who work and live abroad.”

“When students actually get here,” Zhanna smiles, “they change their minds about Russia.” 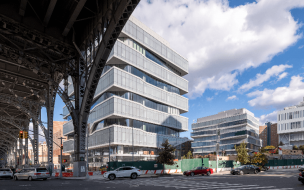 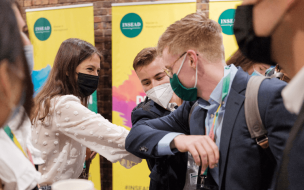