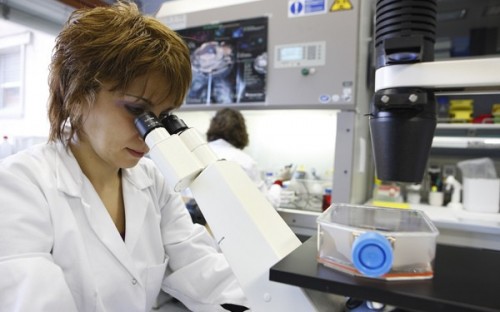 Novartis, which is headquartered in Switzerland, is a healthcare leader in medicine and vaccines.

SDA Bocconi MBA students made it to the final round of the Novartis Masterminds Challenge for the first time since it began five years ago!

The team, named The Alchemists, claimed the third place spot overall! The Alchemists competed against other teams from top business schools such as INSEAD, IESE, LBS (who placed first) and IE (who finished in second place).

Healthcare giant Novartis extended an invitation to SDA Bocconi students to participate in the competition and present to about 20 Novartis executives.

Novartis serves about 1.1 billion people in over 140 countries with its treatments and vaccines, so this challenge was certainly a chance to impress the company’s top players.

And impress they did! The Alchemists, which consisted of MBA students Luca Alberici, Jennifer Constantin and Agata Lis, landed themselves a prize of 1500 euros and a letter of recognition from the CEO of Novartis Pharmaceuticals Spain.

The team’s performance drew on the members’ diverse skills: Alberici holds a Ph.D. in molecular and cellular biology, while Lis has a marketing background and previously worked for Sony!

The gruelling Novartis competition has been running since the first round in December!

After narrowing down from the original 60 teams, Novartis invited only the third-round finalists to travel to Barcelona for the presentations in February.

Once in Barcelona, the teams were presented with a one-hour project overview and then given three hours to put together a 30-minute presentation with long-term market strategies and short-term recommendations.

The teams were judged on their awareness of Novartis and the current market, as well as their business skills and overall presentation. The Alchemists certainly brought honor to SDA Bocconi as finalists in the competition!

We look forward to next year’s competition – check the Masterminds site for registration, which will happen in November.