Insatiable demand for big data is fuelling the creation of new master's degrees in business analytics.

Tucked away in a bustling area of south London is the new office of Deloitte Digital, a start-up within the large professional services group with ambitions to marry strategy with new technology.

The well-established practice of business services is ripe for innovation with the disruptive influence of digital tech. Clients are increasingly eager to pay for these new services, says Deloitte Digital partner Paul Thompson. His firm’s recognizable blue and white logo hangs above the street but its contrast with new service lines is palpable.

“[A] skill that has become really important for us is analytics,” says Paul, who helps to oversee a 440 person UK team.

The use of digital tech like data analytics is becoming fundamental to the way businesses operate, he says. “The customer journey needs to be contextually sensitive. It needs to be delivering marketing messages that make sense to the consumer – and that’s driven by analytics.”

Like a growing number of management consulting firms, Deloitte Digital is on a hunt for analytically able business school graduates.

Managers and MBA students are only too eager to brand themselves as analytics professionals.

But most of them are far from it, according Murat Kristal, director of Schulich School of Business’ Master of Business Analytics program. “People might love the idea [of data analytics] but doing it is a different story,” he says.

He believes that there are only a few “elite” business schools able to cater for analytics, with few elite students.

The answer for many has been to launch specialist stand-alone master’s programs that offer a wider breadth of study than the electives which are increasingly meshed into MBA degrees.

As recruiters continue to buy into big data, interest in specialized, one-year master’s programs in business analytics has surged, according to Yehuda Bassok, chair of the data sciences and operations department at USC Marshall School of Business.

“We had close to 300 applicants this year and we admitted 18,” he says of the school's MSc in Business Analytics program. Yehuda expects to admit about more 50 students when the next application process is over.

Interest in business analytics, the discipline of using data to explore and solve business problems for consultancies, banks and other companies has increased as businesses have profited from understanding this data, promoting business schools to roll out new courses.

A bevy of top-ranking schools, and many more lower-league institutions, have bought into the trend and are beginning to create the next generation of data experts and tech-savvy corporate managers.

“There was a huge demand for skilled people in business analytics,” says Yehuda, whose MSc course has just admitted 30 students into its first cohort.

But the Los Angeles-based program, which costs $47,000 in tuition, is not trying to create “data scientists”, he says. “We are targeting people that will work on the business side. They use data analytics techniques to solve business problems."

The rise of analytics programs is inevitable because students are lured by the increasing number of employers who value data skills.

To address the “digital challenge”, Deloitte is seeking unusual skills for a strategy consultancy. For example, says partner Paul, the digital wing needs people who approach problems from a strategic perspective, but also those with an “artistic background”. “We’re hiring very aggressively within digital across all of those skillsets,” he says.

Michael Hasler, director of the MSc in Business Analytics program at McCombs School of Business in Texas, says a third of students began their analytics careers in consulting.

“Companies have recognized the need for deeper analytical rigor in decision making,” he says. “Additionally, the internet and lower cost computing and data storage have enabled organizations to gather and store much larger amounts of data... To reveal important insights.”

Along with consulting companies, accounting firms and banks, as well as healthcare groups which are profiting from utilizing historic data to predict future developments, are all seeking to hire business analytics managers, says Murat at Schulich.

“Deloittes, KPMGs, Pricewaterhouse[Coopers] – all of those companies are hiring,” he says. “There’s a big need.”

Financial services groups in particular are able to bank analytical talent by creating their own risk assessment factors, something that has become more important since the financial crisis.

“There is great demand for analytical skills in marketing, finance, supply chain and information management,” says Jennifer Whitten, director of career services at the W. P Carey School of Business in the US. “Almost every industry is involved in trying to understand data across organizations,” she adds.

The strength of the jobs market is much the same in Australia, according to Jennifer George, director of the Master of Business Analytics at Melbourne Business School.

“There are distinct and specialised jobs available in analytics,” she says. But these are difficult to fill because of the lack of graduates who are skilled in analytics, she adds. “In the longer term we expect to see all business school graduates being expected to be familiar with analytics.”

Other significant business schools have set-up data master’s programs. NYU: Stern, based in New York, has invested in an MS in Business Analytics course which launched in May 2013. Roy Lee, assistant dean of global degree programs, says it has filled both cohorts of 60 with ease. “We closed out the admissions cycle a month and half early, with a waiting list for the following year,” he adds.

The course, which is part-time and costs $67,500, has drawn a more experienced cohort than full-time MBA classes. In year one, the average amount of work experience was 11 years, with students coming from careers at large companies including American Express, Bloomberg, Google, IBM and Microsoft.

“We are teaching the managers [and] executives who need to understand the language of analytics and how to leverage data to make strategic decisions,” says Roy.

The Massachusetts Institute of Technology also has a program in the pipeline, while professors at its Sloan School of Management are reported to be launching a master’s in analytics that will enrol 50 students. The school did not respond to a request for comment.

While NYU: Stern’s program attracts executives, many others are catering for students with little academic or work experience.

“Our analytics master’s program has a mix of students including at least half who have no work experience,” says Jennifer at Melbourne.

Enrolment has increased, she says, and the school plans to expand the cohort further, such is the high demand for analytics training.

But some professors suggest the meteoric rise in interest in analytics may threaten generalist MBA programs, as companies have started to focus on specific skills when recruiting in light of the financial crisis.

“At least in short term, MBAs are actually being replaced by more technical and professional skill degrees,” says Wullianallur R Raghupathi, director of the MSc in Business Analytics at Fordham Graduate School of Business.

Most analytics master’s courses, however, are distinctly separate from MBA programs. Most program directors believe they don’t offer the same level of managerial or leadership development.

“These MS degrees… Provide a complementary skill set, but not the managerial training [of an MBA],” says Michael at McCombs.

Moreover, most of the master’s in analytics programs are offered by low-ranking schools. “The demand will increase but getting it right is still difficult,” says Murat from Schulich.

Ambitious growth lies ahead, however, with an increase in provision of analytical training being seen across many business schools’ portfolios.

For Paul at Deloitte Digital, it cannot come soon enough. Wrapping up a lunchtime chat from the firm’s new office, he says he has been searching for the right hires from industry, agencies, other consultancies and universities: “We are looking in areas where traditionally we may not have looked.”

But he adds: “We’ve had to look at a number of things to make sure we can attract, retain and deploy that talent.” 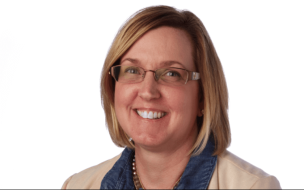 How Can An MS In Analytics Launch Your Career In Big Data? 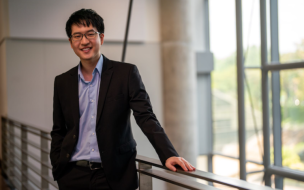 Do I Need A Business Bachelor’s To Study A Master In Business Analytics? 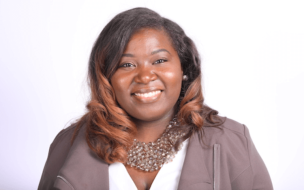