After witnessing the horrors of plastic pollution on a beach in Bali, Simon Widmer made a dramatic career change. He left McKinsey to tackle the plastic problem at its source

The moment that Simon Widmer stepped onto a plastic-choked beach in Bali, he knew that something had to change.

“This moment really opened my eyes,” Simon reflects. “I realized that cleaning up the beach wasn’t enough. Clearly, the waste was coming from somewhere. The question was how to change this at the source?”

He’d originally landed a consulting job at McKinsey after completing the Master’s in Strategy and International Management (SIM) at the University of St. Gallen in Switzerland—ranked the best master’s in management in the world by the Financial Times in 2018, and number two in the world by The Economist in 2019.

After his Bali experience, he decided to leave his position and set out in a new direction with the Ellen MacArthur Foundation.

Founded in 2009, the Ellen MacArthur Foundation works with businesses, governments, and academics to reduce waste and build a circular economy. One of its goals is to stop plastic pollution.

“After two years or so at McKinsey, I felt that I have learnt quite a bit across different projects, and I wanted to find ‘a home in a topic that I would feel deeply passionate about,” Simon explains.

“I came across the Ellen MacArthur Foundation and the concept of the circular economy and I was super inspired by the positive vision of an economy that thrives and is regenerative by design.”

This wasn’t Simon’s first encounter with a non-profit organization. As a master’s student at the St. Gallen, he co-founded PIECES, a project dedicated to improving access to education for young people around the globe.

When Simon saw that the Ellen MacArthur Foundation was looking for a project manager, he leapt at the opportunity. “I had the chance to meet the team on the Isle of Wight,” he recalls, “and I just knew: this is it!”

Working with the Ellen MacArthur Foundation, Simon quickly became involved with the New Plastics Economy Initiative. The project aims to build a new system of plastic use, implementing the principles of a circular economy.

He co-authored the initiative’s first report, ‘Rethinking the Future of Plastics’, alongside McKinsey and the World Economic Forum in 2016.

“The report outlines a global vision for an economy in which plastics will never become waste,” he says.

According to the report, 32% of plastic packaging escapes collection after use, and ends up in natural systems such as the ocean. By 2050, it predicts our seas could house as much plastic as fish.

Simon and his co-authors proposed a three-pronged solution: improve the uptake of recycling, reduce plastic leakage into the environment, and stop using virgin resources to produce new plastic products.

“Much of what we produce is still designed for a linear take-make-dispose model,” he explains, “but what if we could design things differently for a circular economy?”

Simon believes that the curious and reflective outlook he has today was fostered during his time on the SIM at St. Gallen. “The values and vibe of the community really resonated with me,” he recalls.

Throughout the program, Simon felt encouraged to explore and challenge his own working philosophy among like-minded individuals. “[It] provoked me to reflect on my own leadership style,” he notes.

Simon uncovered an enthusiasm for project and program-oriented work, which led to a role with McKinsey soon after graduation. This connection was initially made at St. Gallen.

“In the first year of the SIM, we had a workshop with McKinsey on campus,” he explains, “and I loved solving a case with the team.”

Consulting roles are regular fare for St. Gallen alumni—42% of SIM graduates find their way into consultancies after completing the program.

Simon says the combination of problem-solving, leadership experience, and sense of perspective that he gained during the SIM will serve him well for the future.

“I think the focus of the SIM on practical and leadership skills made a lot of sense,” he says. “Now, I’m trying to be more open to the flow of life and see what comes and feels right.

“I want to be able to look back and feel that I have dedicated my time, skills and energy to positive change—and had a great time along the way.” 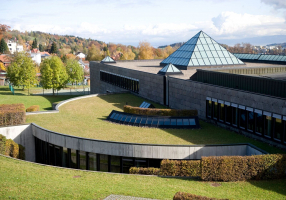 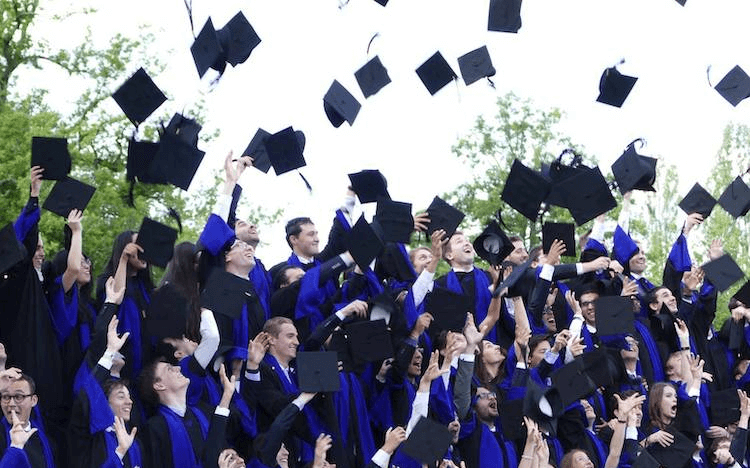