MBA Application: Which Are The Best International Cities For MBAs?

US still most attractive location for international MBAs

© batuhanozdel — NYC is among the world's most attractive MBA locations

The US still attracts close to 60% of total international talent to its MBA programs, according to a report released by ESADE business school this week.

The MBA City Monitor, which ranks cities based on the number of international students enrolled in top full-time MBA programs, lists Boston, New York and Chicago as the world’s most attractive locations for international MBA students.

The three US cities stand as shining beacons for the world’s leading economy. Moreover, the cities house the world’s foremost business school behemoths — Harvard in Boston, Chicago Booth and Columbia in New York.

“Students basically pick MBA programs according to the reputation of the program and location,” says Ivan Bofarull, director of the Global Intelligence Office at ESADE and the report’s coordinator.

With its schools held in such high regard, the US boasts a mammoth 10,202 international students enrolled in its schools’ top MBA programs, with the Ivy League schools attracting almost 20% of the global population enrolled in leading MBAs.

With many schools regionally-focused career-wise, a school’s location will often determine an MBA student’s future career path, salary, and social and professional life.

Silicon Valley, an entrepreneurial hotbed home to Apple, Microsoft, Google and Facebook, has experienced the highest growth in international MBA students in the last three years, as increasing numbers of MBA students look to work in start-ups.

For Julian Torrado, an entrepreneurially-minded Colombian MBA student at ESADE, Barcelona was a perfect fit. “It’s the world’s smartest city. You can see innovation everywhere.”

Elsewhere, Toronto in Canada has the sixth highest top international MBA population and in terms of the total number of enrolled international MBA students per one million citizens, it ranks third, only eclipsed by Boston and Raleigh-Durham in the US.

Singapore, largely due to the burgeoning popularity of INSEAD, is the only Asian city ranked in the top ten by international enrolment. With the growing Asian market still failing to attract the numbers of international students seen in Europe, Singapore is one of the standard-bearers; a high-octane business hub.

The influence of the world’s cities is growing. A 2013 Economist Intelligence Unit study found that more than 50% of the world’s population lives in cities which generate 80% of global GDP. Political and economic issues are increasingly seen from a city perspective rather than from a national or regional outlook.

As the new cohorts of top international MBA students settle into their new environments, they are at the epicentres of the world’s economic development. 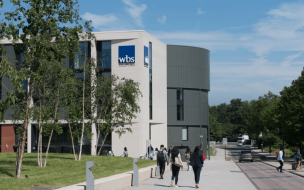 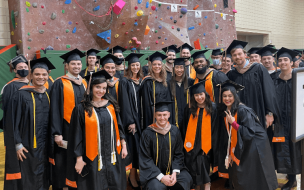 5 Things You’ll Get From A Dual MBA & MS Degree