When Maria Kolesnikova chose to begin an MBA at the world’s top business school, she was managing a $3 billion budget for Rosneft, Russia’s biggest oil supermajor. But, like many of her peers at INSEAD, the former investment manager is seeking out new MBA job opportunities.

“For women especially, it’s not that easy to pull off a career change. But when you take an MBA, this pushes you beyond your limits, and helps to make a transition,” says the full-time student in Fontainebleau, France.

Maria is in a minority — 30% of INSEAD’s cohort of MBAs are women. But she is one of a number of talented female managers that business schools are increasingly seeking to entice. “Enrolling more women is a huge priority. It helps the learning community, brings diverse perspectives, and taps into the economic power of women,” says Judy Olian, dean of UCLA Anderson School of Management, one of a handful of female school leaders.

But she admits that when it comes to women in business, there’s been precious little progress, despite recent efforts. “Twenty-one of the Fortune 500 CEOs are women. It’s down a little bit on last year. There’s a huge way to go,” says Judy, with feeling.

Twelve elite US schools now teeter at around 40% female MBA enrolment, according to Forté Foundation, a consortium trying to advance women’s business careers. But the figure hasn’t risen above 37% globally over the past decade, according to AACSB, which accredits business schools.

For many the answer has been scholarship cash. According to Forté, 36 MBA programs partnered with the organization funded $18.5 million in scholarships to women last year, up from $5.6 million in 2010.

Sunil Kumar, dean of University of Chicago’s Booth School of Business, says: “Scholarships are good — they provide a substantial short-term benefit to the student.”

Rebekah Lewin, assistant dean of admissions and financial aid at the Simon Graduate School of Business, estimates that more than 80% of its full-time MBA women have scholarship support, ranging from $10,000 to full tuition, currently $46,000/year.

“It’s been one important factor among several that is helpful in recruiting women,” she says.

“Female students are eligible for a number of endowed scholarships that have been generously gifted by Fuqua and Duke alumni,” says Allison Jamison, director of the Daytime MBA at Duke’s Fuqua School of Business.

Allison says that enrolling more women in MBA programs, where they can build not only their skill-sets but their professional networks, is key to closing the gender gap in executive ranks.

“My speculation is that as women pursue these degrees and migrate into executive ranks, then the gaps we see at the C-level will be closed in a shorter period of time,” says Idalene Kesner, dean of the Kelley School of Business at Indiana University. “[But] we’re still struggling in some ways. The progress has been slower than even I expected.”

According to accounting firm Grant Thornton, female senior management has moved up only 3% in the past decade, to 22%.

Yet business schools continue to do wonders for women who aspire to climb to the C-suite — 50% of female Fortune 500 CEOs have MBAs. “I would recommend it to people from all walks of life,” says Tara Louise Reddy, an MBA candidate at London Business School, who has since landed a plethora of roles at tech companies in the UK capital. “It gave me a great start,” she says. 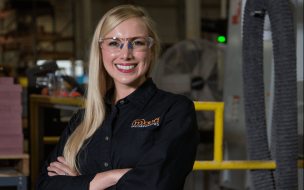 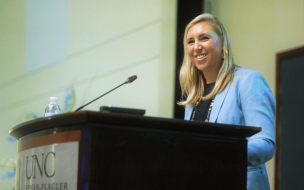 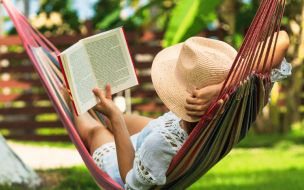 MBA Reading List: 19 Books To Read Before Your MBA