India is set to become the world’s fifth largest economy in the next two years. As Indian companies expand internationally, there’s never been a better time to learn about a unique business culture

From Mumbai’s financial mecca to a blossoming tech startup scene in Bangalore, India is an economic powerhouse on the up.

According to the International Monetary Fund (IMF), India will overtake the UK to become the world’s fifth largest economy in the next two years. In that time, it will also surpass China as the world’s fastest-growing economy.

Boom industries like e-commerce—and pretty much anything tech—are attracting professionals from across India, and around the world, to business centers like Mumbai in search of new career opportunities.

And there are plenty on offer. Demand for talent—particularly business management profiles—continues to grow. Demand for data scientists in India shot up by over 400% last year according to one study.

All this makes India one of the most exciting places to be right now. But Indian companies, explains Aditya Singh, director at Mumbai’s Athena School of Management, have a unique way of doing business which professionals need to adapt to.

“Indian companies work in a fairly resource-scare environment, so there’s a very high entrepreneurial spirit here. Unlike China, where there’s a lot of government aid, companies in India grow on their own steam.

“There’s an absolutely buzzing startup culture right now—it’s perhaps how Silicon Valley was in the ‘80s and ‘90s—and money is no constraint; if you have a good idea, you’ll get the seed funding.”

India’s fast growth means more opportunity and the chance for professionals to grow alongside their companies. Indian businesses are also expanding abroad. Tata Group is one of India’s largest conglomerates. Between 2016 and 2017, 64.1% of its revenue came from its international operations, totaling $64.4 billion.

India is also following China’s lead with increasing investment in Africa. “We’re expecting Africa to be the new Eden for business in 20 years’ time,” Aditya notes.

With Indian companies expanding internationally, knowledge of Indian business culture has become crucial wherever you work in the world. This, Aditya says, is where programs like Athena School of Management’s Post Graduate Program in Management (PGPM) come into play.

Athena’s PGPM is offered as a dual certification with an MBA. Standing apart from other MBA programs in India, it moves away from business theory with a practical, internship-driven format. Over the course of two years, PGPM students take three internships as a minimum requirement, getting a level of exposure to a real-life corporate business environment not available elsewhere.

Since its launch in 2012, almost 100% of Athena’s PGPM students have landed jobs after graduation, both within India and abroad too; in Canada, Ireland, and the Middle East. Athena’s strong corporate partners include Edelweiss, ICICI Bank, Tata Group, and Vodafone.

What should MBA students know if they want to succeed in corporate India?

“In India, business is personal—it’s the opposite of the West,” Aditya explains. “You have to have emotional intelligence if you want to do business in India.

“In India, if the counterparty likes you, he’ll do the deal with you. There might be someone else who he could make 10% more profit from, but if he likes you he’ll sacrifice that. He’ll say: ‘This is the person I want to work with!’”

Indian business culture is something current PGPM student, Aimame Houssenaly (pictured above), is quickly adapting to. Originally from Madagascar, Aimame is among the 15-to-20% international students in the PGPM class.

She chose India for new perspectives as well as the multitude of professional opportunities on offer. In India’s hyper-diverse society, almost everyone speaks two-to-three different languages. Among Indian business schools, Aimame says Athena stood out. “I knew the education I would receive was not only what I could learn in class, but was connected to real-world professional fields,” she says.

Aimame is currently interning with Faasos, a food-tech startup in Mumbai. After she graduates next year, she hopes to start a digital marketing career in Mumbai.

“Honestly, when I came to India I was a bit afraid,” she says. “I’ve no family here and it’s the first time I’ve been separated from my parents. But when I met the professors here, they took care of me. Whatever help I need, they’re always there.”

“They sent us all over the city in the scorching heat!” he laughs. “We went to malls to understand retail. We soon realized that they were getting us to learn about the culture of the city as well.”

Athena, Manoj says, is a homely environment, with students in close contact with professors and even guest speakers. He’s still in regular contact with several of them; all professionals on the boards of Fortune 500 firms.

Manoj now works for QuikWallet, one of Mumbai’s fastest-growing fintech startups. He credits Athena with helping him adapt to a new life and a new way of doing business, slap bang at the center of India’s thriving economy.

Before arriving in India, Manoj worked as a shift leader at a JD Wetherspoon’s pub in a gritty area of South East London while studying business at a local university. “Imagine the difference!” he smiles.

More about Athena School of Management:

Webinar | How Can An MBA Change Your Career?

Webinar | 5 Amazing Experiences You'll Get From An MBA 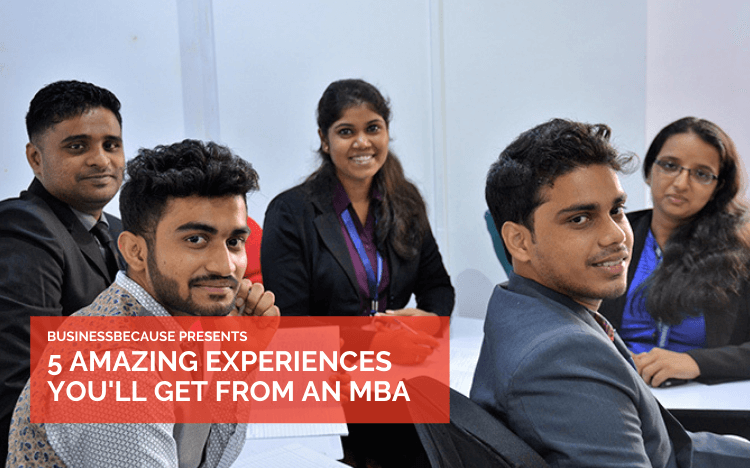 Webinar | How Can An MBA Change Your Career?

Webinar | 5 Amazing Experiences You'll Get From An MBA