Considering an MBA in Ireland? With the UK hit by Brexit uncertainty, Ireland has become the obvious alternative study destination for prospective MBAs

Brexit has raised questions on how friendly an environment for international MBA students the UK will become. Meanwhile, Ireland grows increasingly welcoming.

While in recent months multinational companies based in the UK have become nervous at the prospect of Brexit, Ireland—on the UK’s doorstep, with strong cultural links to the United States, and firmly within the Eurozone—has won a load of new business.

In 2018, financial sector firms like Bank of America, Citi Group, Morgan Stanley and Barclays all significantly increased their presence in Ireland. Ireland is also ranked among the best places in the world to do business by the World Bank. And big-name tech firms like Google and Facebook have based their European headquarters in Dublin for some time—an area now known as Silicon Docks.

This—combined with a healthy offering of top-tier school like Trinity Business School at Trinity College Dublin—makes Ireland something of a land of opportunity for MBA students.

Trinity was one of the first European universities to offer an MBA degree in 1964 and the first to gain AMBA accreditation. Today, the Trinity MBA—offered in a one-year, full-time format—attracts students from around the world. To get in, you’ll need a bachelor’s-level degree, qualification, or record of business achievement, and a minimum of three-to-five years’ work experience.

Here’s five reasons to do an MBA in Ireland—that you just CANNOT ignore:

Ireland talks the talk and walks the walk when it comes to welcoming international students. Ireland is one of a few European countries to provide a two-year graduate work visa for MBA students from the US and other non-European countries. Once those two years have passed, MBA graduates are eligible to apply for a green card, or to join Ireland’s work permit scheme.

Irish schools are especially keen on attracting prospective MBA students from the US. Trinity Business School, for example, is hosting a Trinity MBA Master Class in New York City on March 28th 2019—a chance for interested applicants to meet the Trinity MBA team and learn more about the program first-hand.

The Trinity MBA connects students with those companies through its focus on live action learning. As a cornerstone of the MBA program, Trinity MBA students take part in three real-life consulting projects, liaising with senior management from blue-chip firms as well as SMEs and NGOs.

A booming economy means a booming jobs market too. Top recruiters of Trinity MBAs include Amazon, EY, Facebook, Google, Microsoft, and McKinsey & Company. In 2017, 95% of Trinity MBAs were employed within six months of graduation.

Lauren Gourley, an American MBA graduate now working for leading travel-tech firm CarTrawler in Dublin, says the Trinity MBA’s live action projects, and close ties to local industry, helped get her the job. “Working with C-suite level executives at an in-depth level, and the one-on-one leadership development we received, gave me the tools I needed to become part of a successful company at a senior level,” she says.

Ireland ranks highly in the Global Entrepreneurship Monitor and Dublin is home to around 1,500 startups, firmly establishing itself as one of Europe’s leading startup hubs.

Trinity College Dublin—home to the Trinity MBA—produces more entrepreneurs than any other university in Europe. Between 2006 and 2018, university alumni launched 212 venture-backed companies raising approximately $3.26 billion. Trinity Business School will open a new innovation and entrepreneurship hub in May 2019. 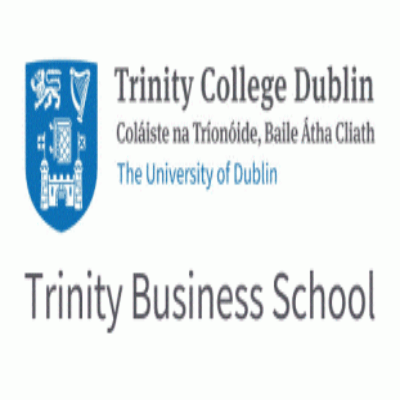