Lenora Robinson Mills' mother was an educator for over 40 years. She instilled in Lenora the importance of education, and as Lenora went through life, her commitment to the field solidified.

"I want to impact the life outcomes of people who historically have been marginalized. I think education is one of the keys to that, and that's something that drives me to work in this space," she says.

Lenora's path to the education space was catalyzed by the Stanford Graduate School of Business. She graduated in 2012 from the joint MBA/MA in Education program, and now works as the COO for the DC Public Charter School Board.

How the Stanford MBA changed my career

After graduating from Howard University in international business and finance, Lenora spent two years with UBS before working in private equity for another two years. After observing her colleagues' progression, the next logical path seemed to be business school.

But Lenora was skeptical; she wanted a path into education. That's when she came across Stanford's joint MBA/MA in education degree. When she met the school's recruitment team, she knew it was the program for her.

"Everyone I engaged with during the information gathering and application process made me feel like they wanted me to be there," she recalls. "That sentiment was reaffirmed when I went to the admit weekend visit on campus."

Lenora explains that the smaller class size compared to other MBA programs appealed to her. It was important, she explains, to get to know as many of her classmates by name and face.

She wasn't only the beneficiary of the MBA classroom network at Stanford though. The career services team were a big catalyst in launching Lenora's career after graduation.

They connected Lenora with alumni, and facilitated the networking she needed to acquaint herself with organizations who didn't necessarily recruit directly from the Stanford GSB campus.

"I was able to get a summer fellowship with an education organization called Education Pioneers. Their mission was to bring young professionals who had a non-education background into the education space.

"That was my bridge from finance to education."

Lenora took the experience from Education Pioneers and landed a role with Harlem Village Academies, a network of five schools in New York City, after graduation

After three years there, where she worked her way up to become COO, she moved to Washington, D.C., to take up her current role as COO of the Washington, D.C. Public Charter School Board.

The support Stanford gave her was the catalyst for her career progression, she says, and the lessons learned in courses in leadership, coaching, strategic management of nonprofits, and managing growing enterprises, are helping her navigate the challenges inherent to education reform.

Elise Smith (pictured below, right) is another Stanford GSB MBA/MA in Education student leading educational change in the US.

Originally from Chicago, Elise lived in New York City and the San Francisco Bay Area before joining Stanford. She entered the school after working for the NewSchools Venture Fund, a venture philanthropy organization with a focus on the PreK-12 education space.

There, she worked on the Diverse Leaders portfolio, finding, funding, and coaching educators and entrepreneurs to advance Black and Latino leadership in K-12 education.

Similar to Lenora, Elise wasn't 100% sure the MBA route was for her. But, after arriving at Stanford with a passion for social entrepreneurship, she says there is no better place to be.

"The energy in Silicon Valley around entrepreneurship is powerful, and the Bay Area is well known for leading social justice movements," she explains.

"I also loved the GSB's focus on developing authentic leaders who understand their strengths and weaknesses and why others would want to follow them.

"While it was clear to me that every MBA program would offer finance and accounting, no other school focused so clearly on the soft skills that make the best leaders."

After graduating, Elise says she wants to work on her own venture, and that the GSB and Graduate School of Education (GSE) will be integral in helping her achieve that.

"I've had so much support from my professors, and from other programs and opportunities like pitch competitions and demo days, that have gotten my company, Praxis Labs, a ton of exposure early on in our work."

Praxis Labs leverages virtual reality (VR) for unconscious bias training, with the hope of reimagining how we train employees on diversity and inclusivity.

"I have always focused on creating equitable access to opportunities, for all young people regardless of their background," says Elise. "And I believe we can work to develop stronger pathways from K-12 education to career.

"I'm only halfway through the program and I'm already so grateful to be at the GSB — I can't imagine what more will come of it but I know it will be great." 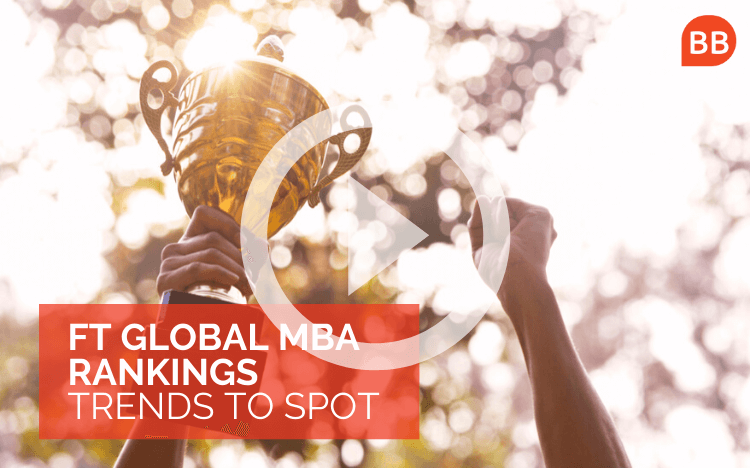