The Most Successful Companies You’ve Never Heard Of

What can you learn from the hidden champion companies? © DSCimage via iStock

Out of the spotlight, multibillion-dollar businesses are dominating niche markets and creating a positive culture for their workers. So what can MBAs learn from the ‘hidden champions’?

If you were asked to name one of the most successful companies in the world, maybe you’d say Apple.

Apple closed out last year with a 15.8% worldwide market share and is one of the most famous brands on the planet. But not every successful business is so well-known.

Around the world there are thousands of businesses that are dominating niche markets, with revenues of up to $5 billion and some with more than 50% of the global market share in their industry—and you’ve probably never even heard of them.

They are called ‘hidden champions’.

“The term ‘hidden champion’ actually means companies that are [very successful] in selling their specialized premium quality products, but somehow are not well-known to the public,” explains Dominic Chan, associate professor of practice in entrepreneurship at CUHK Business School in Hong Kong.

“They are known to their target customers, but you and I wouldn’t even have heard of them—they are the hidden champions being number one, two, or three in the world.”

Dominic explains that hidden champions are usually responsible for highly-specialized products—maybe a specific type of industrial drill, special materials, or high-pressure water cleaning systems—but he believes that they hold important lessons even for businesspeople from more generalized industries.

“The reason that we would like to learn about them is to find out, ‘What’s the secret?’” he explains. “How do they become number one or two in the world? How do they manage their companies, attract and retain talent?”

During these international field trips students get to see first-hand the key factors in the success of the hidden champions, speak directly to the executives, and consolidate their learning into a written report.

Even for those with their sights set on big brands, Dominic says, there are plenty of insights to be gained.

For instance, Dominic notes that hidden champions typically have a very loyal employee base, creating a “family atmosphere”, as employees are well-taken care of throughout their career.

“Some hidden champions in Germany and Japan occupy almost an entire town,” Dominic notes. “They’ll take care of employees’ lives, not just within the company. They have medical facilities, they have schools, they have canteens—the total package!”

This is an important lesson for his MBA students to learn, and seeing it first-hand through a field trip is the best way for them to understand the benefits.

“Because they’re not well-known [brands], they need another way to attract and retain talent without that brand name, and building a loyal employee base means a lower attrition rate,” Dominic says.

“And by the way, why not! Companies should take good care of their employees anyway!”

This is a valuable lesson for students who want to make their careers in Hong Kong, which Dominic sees as a potential growth area for hidden champions.

“Hong Kong was a manufacturing base in the ‘70s and ‘80s, but we’re no longer doing that,” he says. “When it became cheaper to produce products in China, Vietnam, and Cambodia, Hong Kong lost that advantage.

“Instead of [investing in] more research and development and creating higher-value products, we simply moved the manufacturing base to somewhere cheaper to follow the lower labour cost.”

By contrast, Dominic points out, hidden champions in Germany exhibit much more sustainable business development, because they produce only high quality, hard-to-make necessities that do not fluctuate in demand.

If Hong Kong were to become a hidden champion hotspot, not only could the territory help to safeguard itself against recession, but it could also capitalize on its existing business culture. Hong Kong historically has a strong base of family businesses, much like many hidden champions.

Given the city’s status as a burgeoning Asian startup hub, the opportunity is there.

With the knowledge and experience gained on the field trip to Germany, Dominic’s MBA students are in a good position to initiate this change—to create opportunities by “Doing one thing and one thing only, but doing it better than anyone else.” 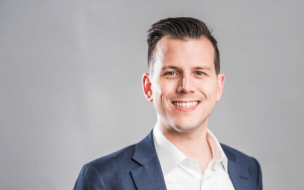 How An MBA Can Propel Your Family Business 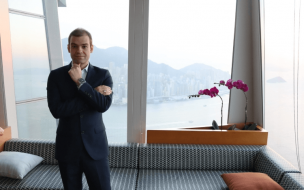 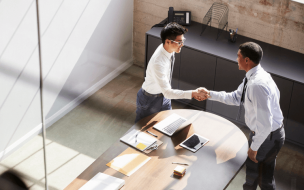 Should Your Next Career Move Be To Asia?