Santiago is developing his entrepreneurial skills on the Copenhagen MBA

Entrepreneurial skills were on the agenda for architect Santiago Bautista when he was thinking about pursuing an MBA. He wanted the skills to redefine his architectural design business, Bau Design, a company he launched after nearly four years of working for a leading architecture firm in Copenhagen.

He had first moved to the city from Spain to start his career in the field, after he had fallen in love with the Danish studios while studying architecture in Madrid. He says he was drawn to the allure of one of the world’s design capitals.

Architectural creativity is ingrained in Danish culture, and Copenhagen boasts the stunning Royal Danish Playhouse, as well as the Royal Danish Opera House.

A team of young Danish architects also recently won the architecture prize at Chart 2019—a 72-hour architecture competition for postgraduate or newly graduated architects working in the Nordic region. They designed a pop-up bar out of IKEA mattresses.

Santiago arrived in Copenhagen without a job, and with a target list of six studios he wanted to work for. He introduced himself to each of them and luckily enough, one of them needed someone right away.

That was Henning Larsen Architect, coincidentally the firm that years ago imaginatively transformed the former royal porcelain raw material storage into the learning space that is the Copenhagen MBA building.

After a few years of working there, he decided to quit, as he was intent on starting his own thing. Santiago explains that he always had a lot of ideas and being in control of the whole design process appealed to him greatly, which is why he eventually embarked on the entrepreneurial path.

Why I needed to develop my entrepreneurial skills

Current student Santiago chose to study an MBA at Copenhagen Business School (CBS). He says he was after the formal business education he’d never received. He wanted a program that was also at the forefront of corporate social responsibility and sustainability, and CBS fit the bill.

He was also aware of the school’s strong standing in entrepreneurship. And it was entrepreneurial skills he needed to develop.

I made a lot of mistakes during these years, especially when it comes to product design. Underestimating the importance of logistics, how things are going to be packed, shipped, how expensive they’d be, and the price of the final product.

He adds that because he’d always approached design from the perspective of ideas, he hopes that the MBA will unearth knowledge on all the other parts of the process.

“These mistakes I found along the way, were from not knowing the extent that some of my design decisions would have on the actual business case.”

At Bau Design, Santiago designs, produces, and sells his own products. He’s also recently started collaborating with design firm Bolia, for whom he designed a sofa collection.

He admits though, that when you work in architecture, you have a tendency to speak only with other architects, which can narrow your perspective.

On the Copenhagen MBA he is mixing with a diverse group of students, which he explains is setting him up to redefine his business.

“Collaborating with these people I’m learning a lot. One of the things I’ll incorporate into the future of my business is people who have complementary skills to the ones I have instead of joining with people who have the same skillset and concerns,” he says.

“I am already having a lot of ideas, and for me it’s amazing because I can learn something new every day. My goal after the MBA finishes is to relaunch the company, I can already see [the MBA] will have a big impact.”

He’s excited to get started as well and feels like a more competent business leader than he was before. During the MBA, by surrounding himself with a diverse cohort, he’s been able to gather a broader perspective on business, something he admits will prepare him to be a good leader in the future.

There’s one thing he can’t learn through books and networking though, and that’s his creativity.

“I’m not really sure where it comes from, I don’t have background of growing up with creative references, but for some reason I often got myself wondering, and ideas just appeared, I don’t know how to explain it.

“One of things I really like about architecture is you can turn these ideas into reality, something people can enjoy and experience, so it came very naturally to me. It was like a no brainer.” 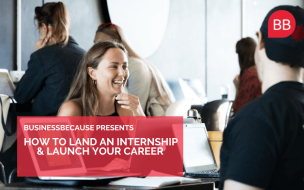 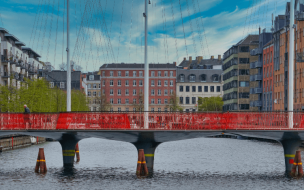