MBAs Use B-School To Escape Financial Crisis In Europe

The economic crisis still rears its ugly head in the Eurozone. Business leaders are turning to b-schools to keep their careers progressing - and land new MBA Jobs.

Even for MBAs, the economic crisis still rears its ugly head in the Eurozone. Since the crash in 2008, when banks across Europe were driven to the brink of collapse (or indeed collapsed), economies have struggled to recover.

The MBA Jobs market may be predicted to perform well throughout this New Year, but there are still those that feel the pinch. To date, Italy, Spain, Ireland, Portugal, Greece and Cyprus have all been hit hard by the European debt crisis, pushing the Euro, the single currency adopted by most European nations, into the danger zone.

Ireland was the first EU country to fall into recession in 2008, and in the midst of the global financial crisis, announced a bailout plan worth €400 to stabilize the country's six main banks.

The current crisis then engulfed Greece and by 2009; the country’s budget deficit was estimated to be 12.7 per cent of GDP, far above the EU limit of 3 per cent. Mass protests ensued as austerity hit citizens and by 2012, Greece had to be given a second bailout of €130 billion.

Just as Greece was steeped in crisis, so too was Spain, when in 2009 the country entered its first recession in 15 years. The budget deficit at the time was 11.4% of GDP. A year later, the Government announced a €15 billion austerity plan – which included cutting public employees' wages and welfare benefits.

Portugal followed suit and in 2011 was granted a €78 billion bailout from the European Union and the IMF. There was further bad news when Italy, home to some of Europe’s best business schools, recorded a debt level that was three times the debt of Greece, Portugal, and Ireland combined – or 120 per cent of GDP.

This all, of course, resulted in tragic levels of economic output and a shrinking jobs market across Europe. Spain, considered a booming economy until recent years, now has around 20 per cent unemployment and faces the prospect of years of deflation. Italy’s economic growth stagnated at 0 per cent in the third quarter of 2013.

It would be foolish to think that economic stability did not play a part in the choice of where to attend b-school. The economic crisis in Europe goes a long way to explaining the recent trend in MBAs migrating to the bustling economies of Asia.

Julien Ganty, a European MBA student at China Europe International Business School, sums up the dilemma: “In the longer-term there are more opportunities to develop a career here because the business environment in Asia is evolving. Some European companies just think of cutting costs.”

Other economies in the West are doing better, but are years behind the 8 per cent growth experienced in China, the world’s second largest economy.

Business leaders often turn to MBA programs to escape the clutches of austerity in Europe. Top schools in the region provide a wealth of networking opportunities, career connections and expert teaching.

One such MBA is Andrea Di Grado, currently at MIP Politecnico Di Milano in Milan, Italy. He worked as an auditor and senior consultant at EY, the blue-chip consultancy, for seven years. But when the economic crisis began to bite in Italy, he felt he needed to beef up his CV.

“Because of the economic crisis here in Italy I decided to join this MBA program – to boost my career and get the chance to improve myself,” he said.

“It became difficult to advance my career at EY. In auditing you usually have a lot of possibility to grow in the company, but during the crisis a lot of people became stuck in their positions.

“For me, an MBA opened up a whole lot of new opportunities and a network of contacts.”

Yet Andrea remained in Italy to attend b-school – a curious decision. He felt MIP had the right focus on finance – an industry he is keen to enter – and an internationally diverse cohort. The cost of living, he says, was also cheaper than in other countries.

The financial commitment to begin an MBA was, in the first place, a difficult choice. But on such a high MBA Ranking program, job prospects are almost guaranteed. The majority of MIP MBAs are in employment within three months of graduation.

For all the economic woes of the region, European graduates are actually employed with the highest starting salaries in the world. According to a recent report by the Graduate Management Admission Council (GMAC), Europeans have the average starting salaries of $101,093, above both the US and Asia.

There is further good news for MBAs seeking a career in finance. GMAC says that finance, consulting and the products and services sectors continue to dominate the MBA careers world, with 57 per cent of business master’s degree-holders landing roles in those industries.

Andrea may have begun life with EY, but he wants to transition into private equity. “I am applying mainly for jobs in the finance sector and at consultancies,” he said.

“I’m taking a Finance Major at MIP and I hope that taking new classes, specifically in private equity, will help me to get the knowledge that I didn’t have in my previous job. With experience as an auditor, it shouldn’t be too difficult to make the switch.”

Andrea sees his future career in the emerging market of Brazil. It’s not an economic powerhouse – far from it. But he thinks the region has the most potential for growth in his sector.

After spending three months’ at EY’s office in London, he craves an international career. He just completed an exchange at a top Brazilian business school, Coppead UFRJ, and is inspired to launch a career in a new country.

“Compared to the UK and the US, Brazil has more opportunity for growth,” he said. “It’s not a matter of salary increases; it’s a matter of what you can do in your career.

“There are less MBA students in Brazil and less competition for jobs. I think there is more opportunity for growth, not just internally in your company, but also in the country as a whole.”

Economists’ predict that the Eurozone is slowly coming out of crisis-mode. And there are more positive predictions for the MBA Jobs market in many European countries - not to mention some of the best business schools in the world.

And although an MBA can give you a competitive advantage in what for some is a difficult time to be in business, it seems it can also unlock an international career path to the most unlikely regions of the world. 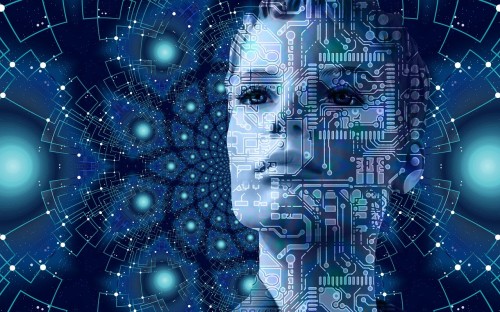