We Met Amazon's Chief MBA Recruiter — Here's How To Get Hired

Amazon is by far the most ravenous technology employer of MBAs. The colossal e-commerce company hires double the number of top business school grads as its tech competitors, Microsoft, Google, and Apple.

Amazon’s 240,000 workforce has become imbued with MBAs as it has expanded out of selling retail staples like groceries or iPhone cables, and into everything from its Prime music and video streaming service to Fire and Kindle mobile devices. Amazon’s cloud computing business, Amazon Web Services, surged 70% in the last quarter, raking in $2.4 billion.

“Our MBA hires have been growing every year for the past five years and we hope to continue that trend,” says Miriam Park, Amazon’s director of university recruiting (see below).

And oh how MBAs are desperate to jump aboard the tech bandwagon. “These companies continue to grow and constantly change and innovate, which are the types of challenges that high-caliber MBAs are seeking,” says Phil Han, director of recruiting operations at UCLA Anderson School of Management.

Amazon, he adds, “has been aggressive in hiring MBAs”.

Employees have also been known to receive stock options. And Amazon’s share price has risen by about 60% over the past year. “Stock heavy,” said one anonymous former Amazon employee on Glassdoor.co.uk.

There may be downsides. A keenly-read investigative article in the New York Times claimed Amazon’s workers are encouraged to “tear apart one another’s ideas in meetings, toil long and late…..And [are] held to standards that the company boasts are ‘unreasonably high’”.

Jay Carney, Amazon’s SVP of global corporate affairs, issued a 1,300-word critique, rebuking the allegations and calling the article a “disservice to readers”.

So what does it take to get hired by Amazon?

These include the Retail Leadership Development Program, a three-year scheme with the goal of providing MBAs a five-to-seven year path to a category leadership role at Amazon. Another, CloudPath, prepares MBAs to become leaders within Amazon Web Services’ infrastructure team.

There’s also an 11-to-12 week internship for MBAs that “seeds our on-campus hiring”, Miriam says, in technical roles, retail, operations and finance.

“We look for MBAs who want to be owners, who are obsessed with our customers, and who like to invent and take on big challenges,” Miriam says.

Amazon looks for candidates who can show a track record of success — a history of delivering results. “What you’ve done is more important than where you’ve been,” she says.

How To Stand Out

“Show us that you’ve invented or owned something that delivered big results for your customer,” Miriam says.

MBAs are an important leadership pipeline to Amazon, Miriam says, because they are strong problem solvers and analytical thinkers. “We see MBAs thriving at Amazon because they love taking ownership of big projects and solving hard problems for our customers.”

MBAs are supported in moving across teams, business units and geographies. “[It] allows them to grow, and to use their degrees in ways they may not have considered while in school.” 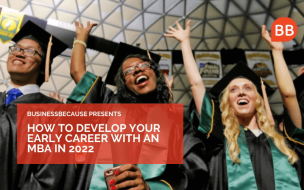 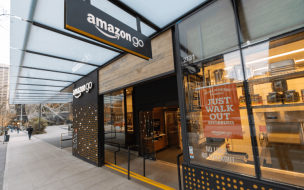 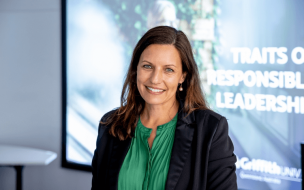