Leela Greenberg and Diego Garcia Fernandez were MBA classmates at CEIBS in Shanghai. They say a China-focused education helped them land roles at Alibaba 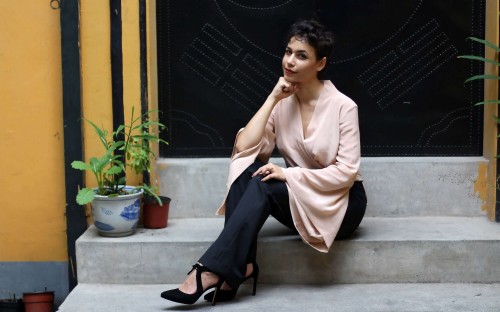 Leela graduated with an MBA from CEIBS in 2017

Their education at one of the top 10 business schools in the world—according to the Financial Times’ Global MBA ranking 2018—was a platform for them both to launch into the Global Leadership Academy at Alibaba; a career in tech was on their wish list from the start.

American-born Leela’s curiosity about the Chinese way of life was sparked in high school and culminated with her studying Classical Chinese in college in the US—she was driven by a keen interest in Taoist philosophy, she explains.

Taoism might have satisfied her curiosity for one kernel of Chinese life, but it was her desire for a sweeping understanding of Chinese culture and the chance to start a career there that led to her pursuit of an MBA at CEIBS.

She interned with a company in China in the middle of her MBA, and the founder was the former VP of marketing at Alibaba. It was from there that she was introduced to the idea of the Alibaba Global Leadership Academy. Alibaba was the only company she targeted, and it was the only one she applied for.

“They told me about the program and it was a perfect fit,” she says. “The program is ideally tailored for an MBA from CEIBS. They are looking for someone who has a proven capability to be, survive, and succeed in China.

“CEIBS is a platform to that culture. There’s no way I could have come to Alibaba without CEIBS, it was the gateway.”

A huge advantage of the MBA at CEIBS, Leela adds, is the access internationals have to Chinese students—almost 64% for the most recent cohort. What that means is you are surrounded by a well-networked group of individuals with ties to companies in the key business hubs in China.

The classroom at CEIBS is a one-way ticket into the depths of Chinese culture and the DNA that makes up the business environment there.

An understanding of that culture is what allows Leela to succeed in her day-to-day working life. Alibaba recruits international talent to be trained in its HQ in Hangzhou, with the aim being to deploy their recruits throughout the company’s global offices, bridging the culture gap between China and the rest of the world.

“We become a sponge [of knowledge],” Leela explains, “and the idea is to squeeze that sponge across Alibaba’s external offices.”

Diego’s story is slightly different—before China Europe International Business School he was already established with Procter & Gamble in London, but after a number of years he yearned for a transfer to Latin America or the Asia Pacific.

This was in the midst of the financial crisis, though, and transfers were frozen—it was then that CEIBS beckoned.

“I wanted to move from finance to a business development role, and from FMCG to technology,” Diego recalls. “So, I started doing research and saw CEIBS as the perfect stepping stone because of its big Asia Pacific network, and the MBA being a good way to pivot your career.”

Alibaba and the Global Leadership Academy fell in perfect line with Diego’s aspirations. It was when writing his application that this was made clearly apparent.

“In reality, when you write a passionate application the interviewer can feel that,” he says—the Alibaba application, he adds, is the one on which he worked the hardest.

He also pulled on the strings of CEIBS’ network—he spoke with MBA alumni before the application process who were already working at Alibaba. They transferred to him their knowledge about company culture, the DNA of Alibaba, how decisions are made, and the future of the company. “Including that in the application was vital,” he asserts,

Understanding how Chinese people think and work is also key. At each point of the MBA CEIBS ensures international students are working closely together with their Chinese peers, whether that be on projects, coursework, or study trips.

“That’s really important. It’s something this MBA gives you which was surely important to land the job, but also important for me to understand and perform at work today.

“The work culture is incredible, it’s extremely agile, and the speed at which the company is able to pivot is fascinating,” he adds.

Diego says that everything is much more ad hoc than the West, and that the MBA was vital preparation work for that. And, he has some key advice for any incoming MBA students at China Europe International Business School.

“I think the language is really important, so spending more time studying the language is definitely a recommendation—not only for knowledge transfer but for building relationships and connecting with people on a personal and professional level.

“And exposure to tech, and to build connections and meet people working in the roles to understand what happens here. Keep an open mind and be flexible […] because it’s probably different to any place you’ve ever worked before.” 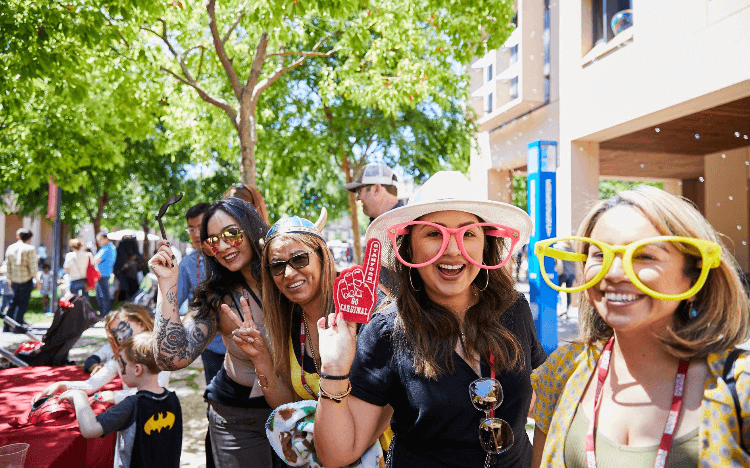