From Latin America To Lisbon & Back: One MBA Student's Journey Into Venture Capital

It’s a well-worn phrase: 'Love what you do, and you’ll never work a day in your life.' But how many of us actually love our jobs?

In the US in 2018, only 51% of people said that they were satisfied with their current roles.

Finding a job that fulfils you is difficult, and knowing whether to follow your heart or your head when choosing your next role can be a challenge.

For Federico Barney, his time on The Lisbon MBA in Portugal in 2016 gave him the opportunity to explore both of these options.

Opening up to new possibilities

Born in Colombia and raised in Mexico, Federico enrolled on the MBA because he had hit a wall when it came to career advancement.

He had worked for a Fortune 500 company both in Canada and in their head office in the US, but despite these big moves across the Americas, he was told he could not move upwards in his career without a postgraduate degree.

Choosing The Lisbon MBA to break this barrier was a no-brainer.

Federico wanted to experience something different to what he was used to in the States as well as back home, so the new cultural experience of Portugal, as well as the exposure to three different universities through The Lisbon MBA’s collaborative structure, was exactly what he was looking for.

The school's Friday Forum series was also a highlight: focusing on soft skills and self-discovery, the Friday Forum encourages students to get out of their comfort zone through a series of non-traditional activities like drama, painting, singing, and yoga.

“I’d never done these things before—but they helped! It was a really nice touch,” Federico laughs.

This chance to test himself in a completely new environment and open himself up to new possibilities worked well for Federico, and employers were impressed: he finished the degree with job offers from big companies like Microsoft and Amazon.

This was the first fork in the road of Federico’s post-MBA career journey.

The MBA gives you the confidence to take risks, and to hear him tell it now, Federico didn’t hesitate when a new opportunity came his way.

“I was in the position of choosing between three jobs I had been offered when I got this offer for a job I hadn’t really applied to,” he recalls, “with the leading sports motorcycle manufacturer in the world, KTM.”

KTM’s call was a big deal to Federico. A lifelong motorcycle enthusiast, he had reached out to them during his MBA to register his interest in their company, and he was thrilled that they wanted him to join their team.

When they made him an offer, he didn’t hesitate to say yes.

So, Federico followed his heart—and for the first few months, he was very happy in his new job as a junior sales manager. However, the confines of his role soon started to pinch.

“I realized the company and I had different expectations of what my job was supposed to be and what I was getting out of the job,” he says.

“It was not meeting my pre-MBA ambitions—I wanted to grow and I wanted a lot more responsibility.”

Although his heart was in the work that he was doing, Federico explains that not exercising his full potential was frustrating him, and his head was telling him that his options were limited in his new position.

“When you do an MBA, you pass from manual jobs and mechanical tasks to doing more strategy and hands-on business,” he says. “So, I decided to quit.”

After a year and a half at KTM, Federico left the job that he had been passionate about to pursue a career that he knew would fulfil him long-term.

Now, he is working for a venture capital fund in Mexico City called G2 Consulting, and given that he would like one day to become an entrepreneur, Federico says that he has found a perfect match—both practically, and for following his passion.

“I’m super happy with my job, I have my own team, and I decide which way I want to handle my projects,” he enthuses. “Here is where I have actually seen the change with my job prior to the MBA—here, I am actually applying all of the things I learned.

“I would definitely recommend The Lisbon MBA to anyone who wants to make a change in their career and jump into a more strategy-based position where you can look more into the future. That’s what an MBA should be for.”

We Helped An FMCG Company Expand Into Mexico On Our MBA 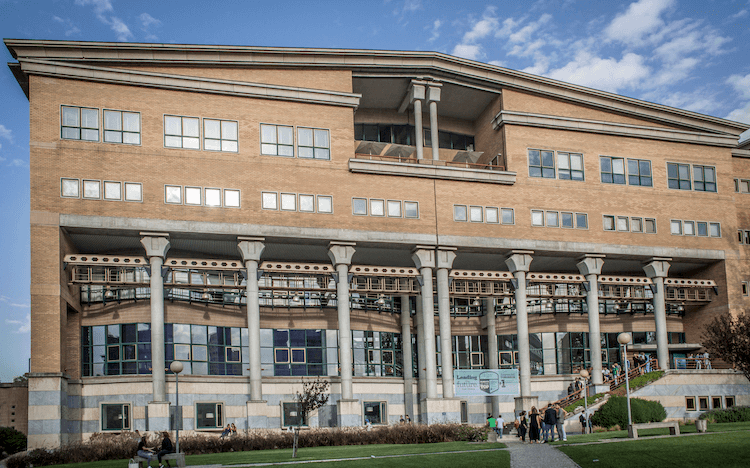