For any international businessperson, finding jobs in China can be a daunting prospect—where do you even begin?

If you want to launch your career there, it's important to grow your network first and secure as much experience of Chinese culture as you can. That's according to Ugur Kilicarslan and Eive Suthichitranout, two graduates from the International MBA program at Renmin Business School, in China.

Students on Renmin’s IMBA are given mandatory classes in Mandarin as well as Chinese history and culture. These components are designed to allow for an easier transition into China’s work environment.

Both graduates cite the opportunities available within the program––work experience, mentor programs, and business simulations––as playing a big part of placing them in stronger positions after graduating.

Building bridges between China and the rest of the world

Ugur was an inspector for the undersecretary of Turkish foreign trade to the commercial councilor for the Republic of Turkey, in Bejing, when he joined the MBA at Renmin. He emphasizes that the degree was a key part of his career progression.

He says the improvements he has made in his approach to business interactions led to a promotion to his current role, as commercial councilor of the Republic of Turkey, in Beijing.

“My main responsibility now is to increase trade volume between Turkey and China, and to promote investment opportunities between our countries,” he explains.

“China is a dominant player in global trade and has had a huge impact on the global economy. You can’t fully understand world GDP growth since 2000 If you don’t look at the Chinese economy. I chose to study in China for a better understanding of the world economy and its future.”

To help develop his skillset around international relations, Ugur says the Project Management and Business Communication modules on the IMBA program have been the most useful to him.

“I have seen an improvement in my business communication skills,” he says. “Understanding the culture has been beneficial to my career.” By using his more fluid understanding of the culture across each province in China, he says he has been better able to navigate investment negotiations between Turkey and China as a result.

The benefits of learning about Chinese culture

As well as exploring her Chinese ancestory, Thai native Eive Suthichitranout says that building relationships with her classmates during her time studying at Renmin has left her in a strong position to move forward in her career.

Beyond business, she says the opportunity to fully immerse herself into the culture and to travel around different provinces has given her a clearer understanding of the country and how it operates.

Her MBA has also helped her more practically, particularly when looking at managing international production and marketing. Thinking long-term, Eive wants to use her MBA to build her own business into the Chinese ecosystem, rather than simply find a job in a corporation.

As the director of her family-run manufacturing company, Eive has big plans for expansion. Using her new contacts, which she formed during the course of her MBA education, she says she wants to break into the manufacturing market in China. One of her classmates will be working with her to build a factory to ensure this happens.

“We currently have some suppliers and customers in China, so it makes sense,” Eive says.

Why there are jobs in China for international talent

China remains at the forefront of innovation, particularly in e-commerce and technological innovation. Wherever there's a need for fresh innovation, there's demand for new talent, making China a breeding ground for opportunity.

So why is there an assumption China’s business ecosystem is difficult for internationals to access? Eive didn't think she would be able to make a success of her business expansion if she didn't have the backing of her MBA, due to the lack of exposure to the Chinese network––one which she says can seem impenetrable if you don't know the right people.

It's true that experience can be hard to come by if you do go it alone, which is why MBA programs in China and the wider Asia-Pacific region have seen a year-on-year rise in application volume. According to the Graduate Management Admission Council (GMAC), business schools in the Asia-Pacific have seen an over 15% increase in the number of international applications between 2017 and 2018.

This display of growth is the polar opposite to the decline in international applications suffered by business schools in the US, as more students head East instead of West.

Ultimately, businesses in China aren’t just looking to hire students with good grades. They want innovative and forward-thinking candidates who are immersing themselves in the Chinese culture and business world.

That, say Ugur and Eive, is what an MBA can give you. 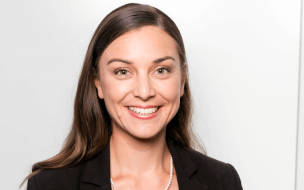 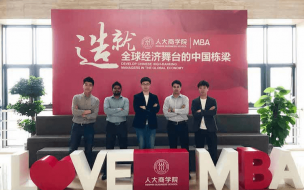