Laya Liu didn’t have much of a business background before her MBA at Tsinghua. She explains how she was able to switch careers from journalism to tech and land top jobs at Microsoft and Baidu

Laya Liu giving a speech at the Microsoft Go China Summit. She used an MBA at Tsinghua University to switch from journalism to jobs at Microsoft and Baidu

When Laya Liu interviewed for Microsoft’s Aspire MBA trainee program, she was asked a simple question: What qualified her, as a former journalist, for a management position at one of the world’s leading technology companies?

Laya was on a semester exchange at Yale School of Management; part of her MBA at China’s Tsinghua University School of Economics and Management (SEM). After travelling to Microsoft’s New York office for her first interview round, she reflected on her MBA experience to date.

At Yale, she explained to the interviewer, she’d taken up one of the most challenging short courses on offer: financial derivatives.

The majority of students on the course dropped it a few weeks in; it was a tricky subject to tackle without any background in finance. But Laya, the humble journalist, achieved her highest course score yet.

That, says Laya, is just one example of how her MBA at Tsinghua helped her make a career switch from journalism to the technology industry, and secure jobs at technology giants like Microsoft and Baidu in China.

Going from journalism to an MBA

After studying journalism at undergrad, Laya got a job as a reporter for Energy Observer magazine, a leading energy industry publication in China. It was a great gig for a recent graduate, she says; traveling the world interviewing CEOs and industry experts.

However, by 2014, Laya could sense that change was coming to the journalism industry. In 2014, the New York Times first launched its digital subscription, setting a benchmark for media organizations around the world.

And it wasn’t just journalism that was facing digital disruption: according to a report by Altimeter, 88% of all companies surveyed that year reported that they were undergoing digital transformation efforts.

Laya felt trapped in a publication that was very traditional. She felt that, to be successful, she needed to upskill, broaden her experience, and try something new.

She started helping out her family’s real estate business—another traditional business in need of digital change. China’s real estate industry is super-competitive, Laya explains, with around 1.5 million real estate companies. Small and medium-sized companies, like her family business, don’t receive a lot of support from banks or the government.

“I wanted to learn something I didn’t already know, and to figure out how to change [a business] on my own,” she says.

She spoke to friends about the issue who suggested she seek out people with extensive experience in this area to give her advice—and that was when she hit upon the Tsinghua Global MBA Program, a collaboration between Tsinghua SEM in Beijing and MIT Sloan.

Laya with Tsinghua classmates before her Yale exchange

Once she’d decided on an MBA, the decision to apply to Tsinghua was, Laya says, “super easy”.

As one of the top MBAs in China, she knew it would have top professors, attracting cohorts of experienced business people who could share their knowledge with her—plus there was an opportunity to expand her learning and her network with an immersion at MIT and an exchange at Yale in the US.

When Laya enrolled, she found herself part of a cohort that was willing to share its knowledge in a school closely-connected to the real business world. Tsinghua SEM’s Advisory Board members include CEOs from top tech companies like Apple, Tesla, Facebook, and financial groups like Goldman Sachs, J.P. Morgan, and Blackstone.

“Tsinghua introduced us to companies and high-level leaders like Mark Zuckerberg from Facebook, Elon Musk from Tesla, and Satya Nadella from Microsoft,” she recalls.

Although Laya had been in the room with CEOs before as a journalist, something about the experience at Tsinghua was different.

“When I was a journalist, it would take me three months or half a year aboard to complete an in-depth report after interviewing with CEOs and other related interviewers. When I interviewed CEOs I felt like some of their insights I couldn't understand,"she says. “After the MBA, I felt like I really knew what they were talking about.”

A standout conversation in Laya’s mind is the one she had with former Motorola CEO Christopher Galvin.

“He said one sentence: ‘Even the best product always have a life cycle—you need to find something to replace the products that are dying,’” she recalls. “My family business is struggling with exactly this. I discussed it with him and even now, after two or three years, I remember it very clearly.”

Laya knew her background as a journalist gave her some unique experiences. She travelled a lot—to the US, Germany, Kenya, South Africa, Korea, Japan, and more—which would help her when applying to jobs at multinational firms.

But she says the core business knowledge she gained from the MBA, and the variety of professional experiences she had access to, was what really prepared her to take her next career step.

Laya threw herself into MBA student life at Tsinghua, becoming vice chairman of the Tsinghua Real Estate Club, marketing president of the Net Impact Club, and public affairs manager for the student union, and joining clubs related to family business, energy, and entrepreneurship too.

She participated in business case competitions—where MBA students compete with each other to solve business case studies set by top firms—coming second place in competitions sponsored by Baidu Finance and CreditEase, and winning the TechMark Business Acumen competition.

She interned at investment firm Tsinghua Holdings Assets Management Group in Beijing, analyzing overseas M&A projects in China and internationally. Then, during her MBA exchange at Yale, she got the opportunity to intern at a Chinese private equity company in New York.

It was a tough gig: Laya worked from 9am to 3am the next day. But she flourished in her first experience of private equity; working with Wall Street banks and negotiating with investors. She says she got the internship through a Tsinghua alumni.

“It was a great opportunity to learn how Chinese investors do international investment,” Laya says. “It opened my eyes and, without the exchange program, I wouldn’t have had that chance.”

After interviewing for a job at Microsoft during her Yale exchange, Laya joined the company full-time after her MBA.

Her unique background made her stand out, and she combined this with her new professional experiences and the solid foundation of a respected MBA—Tsinghua University is known as the Harvard of China, boasting Chinese president Xi Jinping among its elite alumni.

Laya joined Microsoft as senior modern workplace product marketing manager working on the software as a service side of the business.

“I was on the customer side of things,” she explains. “I visited lots of the customers in the top 500 companies in China. My job was to ask: ‘How can our products give them solutions to their problems?’ This experience showed me how technology could really change businesses.”

In December 2019, Laya decided to move on from Microsoft and join leading Chinese internet company Baidu. Baidu is the Chinese equivalent to Google and has been the driving force for advances in artificial intelligence in China, including machine learning, natural language processing and autonomous vehicles.

Laya joined Baidu for its strength in AI and is leading the team for Baidu’s cloud and AI product go-to-market strategies in China. AI, she says, is what intelligently transforms PaaS (platform as a service) to SaaS (software as a service) and can really drive change for businesses.

“This is the future!” Laya exclaims. “While Microsoft integrates AI in every product, Microsoft pivots around standard product and platform business model as a multi-national company.” Baidu can better tailor products for Chinese customers with agile development given its internet genes and local headquarter location, she says.

Throughout her career, Laya has seen first-hand how technology has disrupted industries and forced companies to adapt. With an MBA, rather than reporting on tech trends, she’s been able to work with companies to find technology solutions to their problems and make real change.

One day, she says, she hopes to make digital transformation happen to her family business. 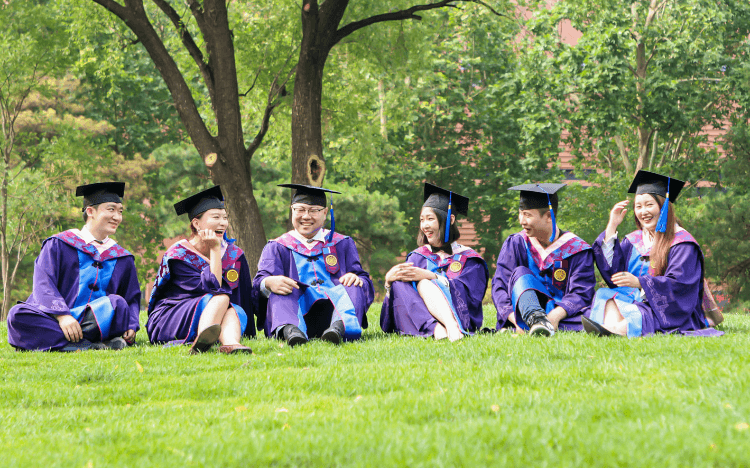 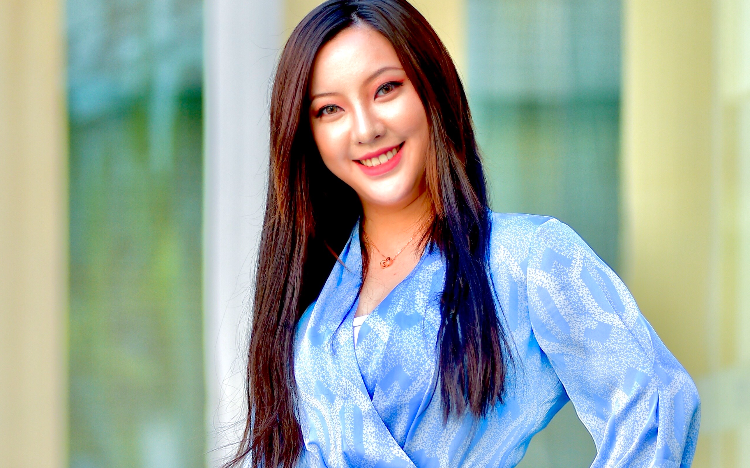 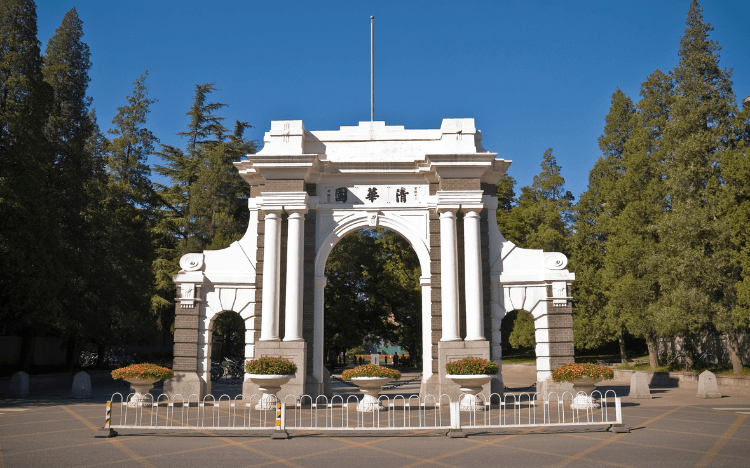 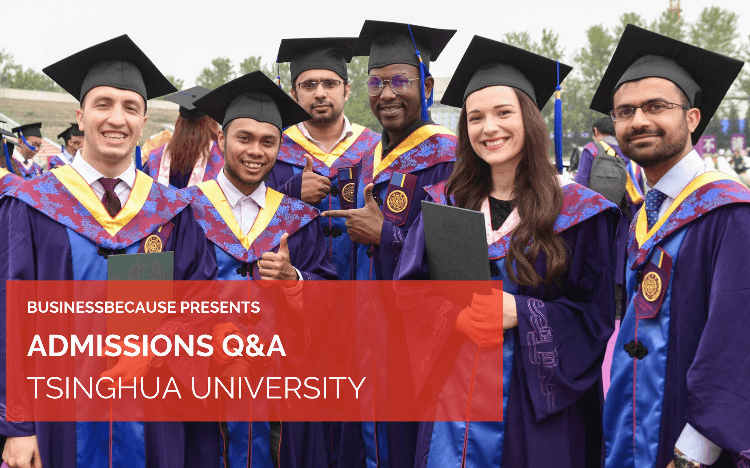 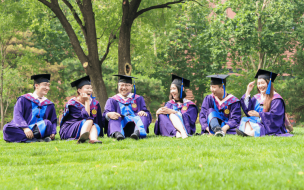 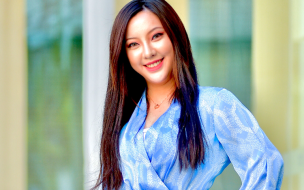 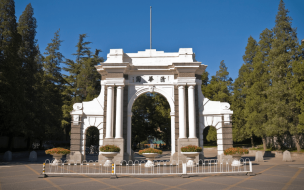