MBA Recommendation Letter: Follow these steps to get a top reference letter

To get into a top MBA program, you’ll need an MBA recommendation letter. Our MBA Newcomer, Ryan Price, shares his five-step strategy for getting a great letter of recommendation

It may sound strange to have a strategy when it comes to your MBA recommendation letter—after all, you’re not the one writing it! But without some kind of gameplan in place, it’s possible to miss big opportunities.

An MBA recommendation letter is essentially a reference from someone you know—a current or former boss, colleague, mentor, or other professional/personal contact—who can describe your best qualities and why you’re a strong fit for the MBA program that you’re applying for.

Now I have mentioned this in previous posts, and I will say it again: I am the epitome of average. My GPA was right in the average, my GMAT score was pretty low, and my work history was of high quality, but average quantity.

If I was reviewing my application from an admissions committee’s point of view, I would be a big-time fence-sitter. Outside of my essays and interviews, there was only one other thing I could leverage to stand out, and it was my MBA recommendation letter.

Here’s five steps for getting a great letter of recommendation:

There are a couple schools of thought when it comes to deciding on your recommenders: One, you can think of the person that has a title which might hold the most weight, or two, you can ask people who really know you and could speak to your everyday character.

Hopefully it’s obvious that the latter is best. This point was reinforced in a casual conversation I had with an admissions committee member after I had been accepted. He told me that a truly knowledgeable manager who can speak of teamwork is better than a lofty senator.

Thankfully (at least in this case) I don’t know any senators personally, so that option wasn’t really open to me. That turned out to be a good thing because I instead used two direct managers from previous jobs who had worked with me every day in the trenches and who knew who I was. The real goal is to convey more about you than what your resume and test scores are capable of conveying.

If you’re looking for an MBA recommendation letter sample or template, look no further than the Graduate Management Admission Council (GMAC).

GMAC, together with a group of leading business schools, offers a Common Letter Of Recommendation (LOR) form, saving you and your recommenders time by providing a single, common set of questions for recommenders to answer.

As soon as you decide you are going to apply to business school, find out who you want to write your MBA reference letters and ask them.

I missed two application deadlines because one of my recommenders was a little slow to pull the trigger (that was just his personality). It was not very comfortable when I had to follow up with him on two separate occasions… So the best thing to do is let them have all the time in the world by asking early.

Work with your recommenders to determine a theme. This is something that a lot of admissions consultants suggest as part of defining your personal brand.

Admittedly, I did not apply this tactic, mostly because I was in such a rush to get everything submitted. The most I did was share my statement of intent with my recommenders to give them a feel for what I was trying to get across.

In a perfect world, however, I would have sat down with them individually to discuss those things in greater detail. Perhaps we could have come up with specific examples together that would have been impactful for the admissions committee.

If I had done that, I think the best approach would have been to define my soft skills (i.e. relationships, ability to diffuse tense situations, communication, likeability, teamwork etc.). Those carry more weight than any hard skills even though, yes, you should be efficient at your job.

5. Ensure your MBA recommendation letter complements the rest of your application

Once you officially make the decision to apply to business school, the test scores, GPA, and work history are going to be what they are, you won’t be able to change much about them.

When it comes to letters of recommendation, however, this is a fantastic opportunity to see where holes might exist and fill them with outstanding examples of character and authenticity. Those are the kinds of things that admissions committees love the most: your human side.

Our MBA Newcomer, Ryan Price, is the host and founder of MBA Secrets and starts his full-time MBA at BYU Marriott School of Business in the fall. We follow Ryan through his MBA journey, giving you the inside scoop on life as an MBA student. 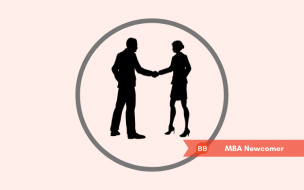 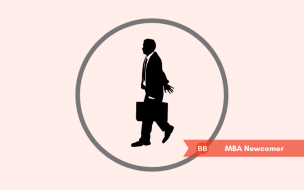 6 Courses To Do Before Your MBA 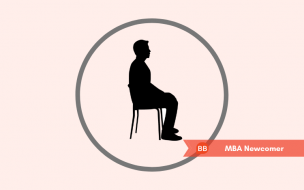 MBA Interview Questions And Answers | How To Ace Your Interview