Palestine’s startups operate in difficult conditions, but there is life behind the wall

From the upper West Bank, down past Ramallah and the ancient holy cities of Jerusalem and Bethlehem on each side, the wall extends hundreds of miles south. All along Israel’s disputed eastern border, checkpoints, road blocks, wire fences and 26 foot high concrete blocks shut out a population of close to 3 million Palestinians.

But there’s life behind the wall. In the partially-recognized State of Palestine, young entrepreneurs are turning to technology and the internet as a way to bypass Israeli-imposed restrictions on movement and trade. A burgeoning tech start-up scene is giving Palestinians hope. And MBAs are at its center.

“We’re looking for companies that are scalable, if not globally, then at least regionally,” she says.

While trade restrictions suffocate much of the Palestinian private sector, the internet offers start-ups opportunities for large-scale growth. According to Internet World Stats, over 50% of the world’s Arabic-speaking population use the internet. Yet only 3% of the internet’s content is in Arabic.

Ibtikar launches later this month but already provides funding to a number of accelerator-stage and more developed tech start-ups.

One entrepreneur looking for funding is Laila Akel, co-founder of RedCrow Intelligence; a big data start-up analyzing security threats for businesses in the MENA region.

While the future in Palestine is always uncertain, Laila is confident that its start-up scene will continue to grow: “It’s not satisfying enough to work in the private sector,” she says. “It’s extremely confining and there’s not enough jobs.”

Stifled by Israeli restrictions, the Palestinian private sector struggles to keep up with the demand for jobs. In the West Bank, the World Bank records the unemployment rate at roughly 23%. In Gaza, 43%.

“Palestinians are turning to entrepreneurship because there are no other options,” explains Ambar. “Of course, the situation is frustrating, but they find a way around it,” she says.

Nowhere is this more true than in Gaza. Blockaded on all sides by the Israeli authorities, Gazans are isolated from their fellow Palestinians in the West Bank, and the wider world. Yet behind the blockade, a nascent tech start-up scene is in steady development, with Gaza Sky Geeks – Gaza’s first start-up accelerator – at its center.

Founded in 2011, the Google-backed Mercy Corps project provides Gaza’s entrepreneurs with an incubator and co-working space as well as mentorship and connections to external influencers, all in an effort to promote tech-enabled entrepreneurship as a way for the Gazan economy to grow. Its start-ups include an online platform connecting psychotherapists with their clients, a female-focused health and fitness app and the Gazan Airbnb for office space.

“The level of resiliency and drive that you see here is pretty unique,” says Ryan Sturgill, the American CEO of Gaza Sky Geeks and an MBA graduate from MIT Sloan. “People are taking their lives into their own hands, rather than dealing with the lot that was given to them,” he says.

Israeli airstrikes killed thousands of Gazans during the Israel-Gaza conflict in the summer of 2014. Yet Gaza Sky Geeks’ start-ups kept coming to work every day. Over the seven weeks of war that summer, only 10 working days were lost. In June, Gaza Sky Geeks ran its biggest ever start-up weekend. 150 people took part, of which half were women. (2015 event pictured below)

In fact, Gaza Sky Geeks represents a success story for female entrepreneurship in Palestine. Two out of the eight start-ups in its incubator are female-founded. Across the 60 plus hackathons, coding classes and other Gaza Sky Geeks events held in 2015, 45% of attendees were women.

While the female labor participation rate in Palestine is among the lowest in the world - less than 20% in 2014 according to the Palestinian policy network Al-Shabaka – a cultural and generational shift is seeing many young women enter entrepreneurship.

“The western perception of Arabic women couldn’t be any further from the truth,” says Laila. “These women know what they want, they go for it and they don’t take no for an answer.”

In Gaza, boundless ambition is turning into results. Already this year, Gaza Sky Geeks – working with Ibtikar and other international venture capital funds – has facilitated five seed investments into its start-ups, the largest $65,000.

Optimism is a necessary Palestinian quality, yet some find such statements hard to accept. While tech-based start-ups are finding a way to bypass Israeli restrictions, whether this can translate into development on the ground remains to be seen.

“If you equate development with entrepreneurship, we will never have real entrepreneurship in Palestine while the occupation is here,” says Anton Sabella, a professor in the department of business administration at Birzeit University, located on the outskirts of Palestine’s de facto capital Ramallah (pictured below).

Ramallah is often viewed as the epicenter for economic activity and entrepreneurship in Palestine. In the past few decades, international aid has contributed to a construction boom and significant growth in industry. Yet, equally, many Palestinians regard the city as something of a smokescreen - encouraged by Israel and the wider international community - hiding and diverting attention from the reality of an Israeli occupation.

“We should not be blinded by what is going on in Ramallah,” Anton continues, “we’re not living a normal life.”

While Anton is skeptical that Palestinians can enjoy all the fruits of entrepreneurship given the Israeli restrictions, the Lewis University MBA graduate looks upon the work of Palestine’s budding entrepreneurs with fondness.

A digital intifada is gathering storm. And while Ambar – who previously worked for the PLO negotiations team – dismisses the smokescreen analogy out of hand, she agrees that the goals of Palestine’s entrepreneurs remain fundamentally nationalistic.

“Every single one of our entrepreneurs sees their role not only in creating a business, but in helping to show a different side of Palestine,” she says. “They all want to create that next big start-up that will put Palestine on the map.” 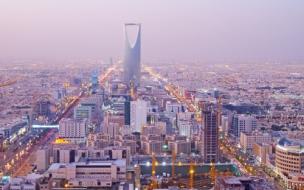 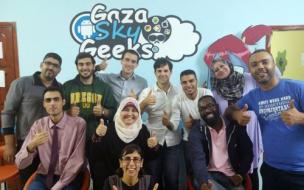 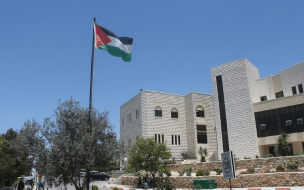 Birzeit University: What Is It Like Being An MBA Student In Palestine - The West Bank?