With an MBA degree, women are better able to challenge for high-level c-suite roles traditionally occupied by men

More women are applying for MBA degrees than ever before. This year, 35% of MBA students at Financial Times-ranked schools were women, compared with 29% a decade ago.

“I wasn’t happy with what I was doing and I knew that I wanted more,” Holly explains. “I wanted something bigger, and business school was the way to get there.”

The highest-ranking positions in business are still occupied by men. Only 23 Fortune 500 firms have female chief executives; less than 5%. However, with more women applying to business school, things look set to change.

Almost a third of MBA students at Fisher are women. And the school plays an important role in pushing its students to the next level in their careers. At Fisher, over 90% of MBA students land jobs within three months of graduation. In 2015, the Economist ranked Fisher third in the world for creating new career opportunities.

“An MBA is such a great enabler to take the next steps in your career,” she says. “That’s why you’re seeing female application numbers increasing.

“So many companies want you to have an MBA,” she continues. “To be able to come out of this and have received two amazing offers; it’s not something I could have done had I just stayed in the workplace.”

Holly is taking full advantage of her MBA experience at Fisher. She’s busy. Alongside her studies, she works as a teaching assistant for undergraduate students and serves as president for both the school’s marketing and women in business clubs.

For Holly, it’s Fisher’s community feel that really stands out: “It’s one of the things that drew me here,” she says.

“At some schools, you might not want to talk to the person next to you because you’re worried they’re going to take your job. Here, we talk about being collaboratively competitive. There’s a real family feel.”

Fellow Fisher MBA student Catherine Banton agrees. She worked for six years in education and PR before deciding to apply for an MBA. She was drawn by Fisher’s intimate, 90-to-100-student class size.

“I felt my career ceiling was low without an MBA, and I knew that I wanted to have a more successful, higher-reaching trajectory than what I was experiencing,” she says.

“Fisher attracts students who want a collaborative community, not cut-throat competition. I wanted to get to know my classmates on a personal level, and to graduate with 100 friends, not 500 acquaintances.”

Fisher is part of the Forté Foundation, a non-profit consortium of companies and top business schools that promotes women in leadership roles and helps fund women’s business education. Both Catherine and Holly are financially supported via the Forté Fellows Program.

“I knew coming out of business school with a full-time job offer would be the most important part of my investment in an MBA,” Catherine continues. “Consumer goods and marketing does really well here, and I wanted to make sure I set myself up for success by attending a program where top companies recruit.”

KPMG, PwC and Abercrombie & Fitch are just some of the companies that come to recruit on campus. This summer, Catherine interned as a marketing associate at Nestlé. She’s already secured a full-time role.

“My experience at Fisher has enriched my personal and professional development more than I could have ever predicted,” she says.

“As a woman in business, I don't want to be treated with kid gloves; I want to have the same opportunities as my peers and if I am deserving of the role, then I hope I would receive the same consideration as another equally-qualified male candidate.”

So what for the future of women in business? Will top-level CEO roles soon be occupied by as many women as men? Holly is positive:

“I don’t see a glass ceiling anymore,” she says. “I don’t know where that drop off in terms of numbers of women comes from. But I definitely think that the environment that we’re in today will allow those numbers to really start to change.” 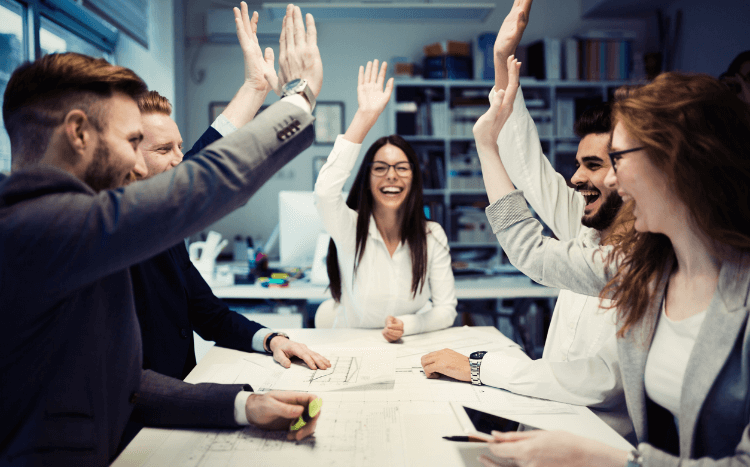