Columbia Business School's Executive MBA | How To Get Accepted

Fahad Ahmed applied to Columbia Business School's Executive MBA program to better support his family. He talks GMAT, essay questions, funding, and we ask him: Is an MBA worth it?

Of the many characteristics that are valuable for MBA students to have, perseverance is certainly one of them. Duty to family may be another.

Fahad Ahmed knew he needed an MBA to help his family. He took the GMAT five times to get a score that would make his application competitive and get him into the EMBA program at Columbia Business School. Fahad scored a 600 on his GMAT.

Fahad’s MBA journey started back at undergrad, studying chemistry at the State University of New York. He was on a six-year plan when he should have been on a four. “I was a goofball! I didn’t take it seriously,” he recalls.

It was only when Fahad graduated and went on to pursue a master’s degree in healthcare administration that he made a change. He started to learn “how to work,” he says. While his GPA (Grade Point Average) from his undergrad was 2.4/4; his master’s was 4/4.

Shortly after completing his master’s, the financial crisis of 2008 began and hit Fahad’s family hard. His father decided to close his appliance sales and repairs store which he’d owned and operated for more than 30 years

Around the same time, Fahad was able to secure a job at Yale New Haven Health System (YNHHS) and was quickly promoted, from entry-level to a director position in under five years.

He was able to support his family through a difficult time. But he soon got to a point where he reached the highest position he could. He wanted to move his career to the next level and ensure he could prevent anything like what happened to his family from happening again. Following his father’s advice, Fahad decided to explore an MBA.

For Fahad, a full-time MBA, and missing out on two years of salary, was out of the question. Fahad was 32 when he started the Executive MBA at Columbia—he’d recently started a new job at Deloitte—with classes on Fridays and Saturdays.

There were 140 students in Fahad’s EMBA class, 70 in each cluster, and divided into learning teams of five-to-six people. Columbia has separate application streams for MBAs and EMBAs. While the essay questions and interviews may be different, the process is the same.

BusinessBecause caught up with Fahad to find out more about applying to Columbia Business School's Executive MBA, taking the GMAT, acing the essay questions, and we ask him: Is an MBA worth it?

You can listen to this interview via the audio player above and via our podcast—The Business School Question—which you can subscribe to on iTunes. On the podcast, Fahad talks more about his time at Columbia, the challenges of life as an EMBA student, and his own podcast—Columbia Bizcast—which he set up while at business school.

Why did you choose Columbia Business School for your EMBA?

My first thought was to go to Yale, which is affiliated with YNHHS, but when I went through the application process something just didn’t fit and I didn’t get accepted.

The first time I went to Columbia for an info session I immediately knew I wanted to be there. There’s a special feeling you get when you get off the 1 train at 116th Street and Broadway and you walk to that campus and Uris Hall where our school is. When I saw the diversity of people who were going to Columbia for an MBA, it just felt right.

How important was your GMAT score in your application?

I went into my interview with score of 560. I asked if it was an OK score because I was scheduled to take the test again for the fifth time the next week and the interviewer said: ‘If you can, take it, and if the score is higher send it to me’.

I’m a terrible standardized test taker! I took multiple courses to study for the test and practiced test questions 20-to-30 times a day. I took the GMAT five times because there was a score I needed to get. It wasn’t the best but I knew if I got it, it would make me competitive and allow my application to be considered.

At the same time, I had my master’s GPA and career success to say ‘I can do this’. The admissions people are not just looking at your GMAT score; it’s about the entire story you’re able to tell.

What were the essay questions and how did you answer them?

1. What do you want to do with this degree?

3. What is something that your learning team members would be surprised to learn about you?

When I first finished writing my essays I thought they were good and shared them with my brother. He read them and just said: ‘This is basic! This is like any other b-school essay anyone would write. You need to write something that will stand out.’

I took a step back, threw away the essays I’d written—which took a good 20-to-25 hours—and decided I was really going to tell my story. For Columbia, I was able to talk about my story [family and financial crisis] which I didn’t do for Yale. It felt more real and maybe that was the difference. I spoke about it in my interview and I left feeling good.

What advice do you have on funding an EMBA?

I’d say if any company is offering a tuition reimbursement program you should absolutely take it.

Deloitte offered up to $25,000 in tuition reimbursement but I had to commit one year to working at Deloitte beforehand and two years after. I thought that was too many requisites and didn’t want to be tied down—that’s the biggest mistake I’ve made!

If there’s a job willing to pay even $10,000 I’d say take it, because you’re not necessarily immediately going to get a new job right out of an EMBA. Worry about reimbursement later and take the money up front!

Is an MBA worth it?

100%. It’s something that nobody can take away from you. You’ll always have the ‘MBA’ after your name and the skills, education, and people you’ve met.

When it comes to return on investment (ROI), we may look at what happens immediately after we graduate: ‘Did I get that job or promotion immediately after?’ What’s important is to remember why you did the MBA at the time. It’s about defining what the MBA means to you and what you want it to deliver five, 10, 15, 20 years down the road.

When I went into my MBA, I wanted to become CEO of a healthcare system. I’m not one right now, but frankly I’m not sure I want to be. I started Columbia Bizcast at b-school and I love it; this is where my passion is.

So, if you ask me where I am in terms of ROI, I’m in a completely different place to where I was when I went in. The MBA has given me the opportunity to explore this area I’m very passionate about alongside my career at Deloitte.

Informative post! As a student i was really amazed how good and quality they write essays. What is more, its not that expensive. Register and see for yourself! https://domyhomeworkfor.me/geometry-homework-help 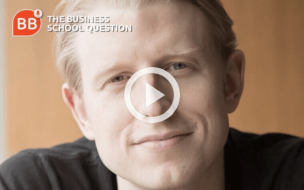 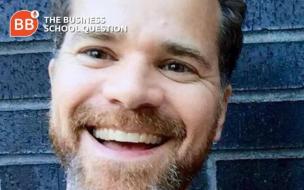 How To Get Accepted Into The Wharton MBA 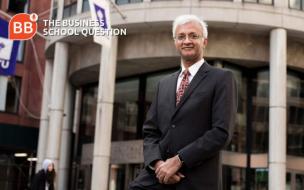 One-Year Vs Two-Year MBA: How Do You Decide?