Celine graduated from the International University of Monaco in 2016

But equestrian sports are expensive, and you need sponsorship to be able to compete. So, Celine went to university, studying business in three languages – French, German and English – at undergrad.

Less than a year after joining the program, Celine landed her dream job working for the Fédération Equestre Internationale (FEI) – International Federation for Equestrian Sports – in Lausanne, Switzerland.

Now, she’s working to increase the profile of equestrian sports in developing countries, liaising with national federations in South America and Sub-Saharan Africa. One day, she hopes to go back and compete professionally in the sport she loves.

How did the job at the FEI come about?

In March last year, I was starting to look for an internship. In the end, I only sent out two resumes!

I was always looking at the website for the FEI. I sent my resume and had an interview for a full-time job in May. I had to wait a month for a response. In June, they called me, I had a second, final interview. I had a really good feeling about it. I finished IUM last June, and started full-time at the FEI in September.

How were you supported by the school?

The fact that I studied at IUM helped me a lot. When you say you study in Monaco, the name has such an impact it’s incredible. At IUM, I was in an international environment with lots of different cultures – to work for an international federation that’s also really important.

I was really confident during my interview. I knew I would be a good person for the job because of my studies in sports management and my background with horses.

Why did you decide to pursue the MSc in Sport Business Management at IUM?

I wanted to do a master in sports management. The question was where. You have a lot of masters in France, but they’re all delivered in French. I wanted to study in English.

Monaco stood out because of all the sports events organized there, like the tennis Monte-Carlo Rolex Masters and the Monaco Grand Prix – we worked on projects on both.

Plus, I have horses at home and my mare was pregnant – I didn’t want to be too far away!

What stands out from your experience at IUM?

I would say the chance I had to work at the Monaco Grand Prix – you don’t get that sort of opportunity every day. I was working on marketing, and I was also in charge of the grid girls! I was on the grid when normally nobody can go there – it was an amazing experience.

The multicultural environment was really good. I had this at undergrad, but IUM was even more international. At the FEI, we’re working with Iran. IUM taught you how to behave with different cultures, how to be diplomatic, and negotiate with them. 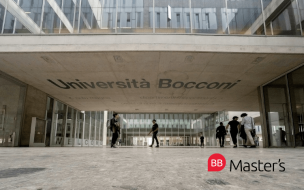 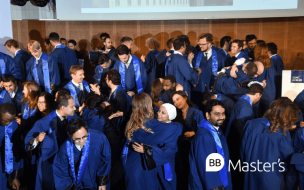 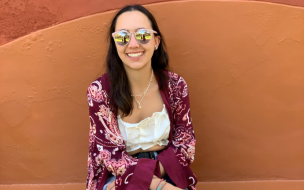