Scotland will hold a referendum on its membership of the UK this month – threatening to shakeup the UK's business school sector and affect MBA jobs.

The colours red, white and blue fluttered in the Gallic breeze. Flung above Edinburgh Castle, which dominates Scotland’s capital city from its great rock, the Union Jack flag serves as a reminder of the country’s 307-year-old union with England.

The Scots and the English have struggled for control of Edinburgh’s famous castle as long ago as 1314, during the Wars of Independence.

Once again, independence is top of the agenda as Scotland's referendum to decide whether to break away from the UK looms large.

Scotland’s education system and business schools face a huge shakeup should the country become independent. So too do Scotland’s businesses. Many fiercely oppose independence, and say it will harm the region’s financial stability.

With less than three weeks to go until the vote, there are still many unknowns for the future of Scottish education. Figures at scotch business schools have warned that independence would create funding challenges, raise questions about attracting top-tier faculty and change the immigration system for international students.

There are also wider concerns about Scottish businesses fleeing south of the border to remain within the UK, potentially dampening employment opportunities for business school graduates.

The anti-independence Better Together campaign has warned that a break away from the UK will put one million Scottish jobs at risk.

While not enjoying the same reverence as English business schools, Scotland is a crucial part of the UK education market. The UK enjoys 46% market share of all business school applicants, according to QS data, while it is the second most popular region GMAT test-takers send their scores to, according to the Graduate Management Admissions Council.

Some of these schools deny that independence would hurt application numbers – a big appeal for MBA applicants is studying within the UK area.

Data show that Strathclyde, for example, relies on a huge number of Asian (65%), and Australasian and Oceanic students to fill its MBA, while the number of overseas students on its program shot up 17% last year, taking the total to 100%. The school did not respond to a request for comment.

Adam Smith, which has one of the highest globally ranked Master's in Finance programs, had its class last year made up of 96% overseas students. The school declined to comment, but a spokesperson said: “The constitutional position of Scotland is a decision that will be made by the people of Scotland. The University of Glasgow will maintain a strictly neutral position.”

But Professor Brad Mackay, director of engagement at EBS, warned that independence would create funding challenges.

Currently, Scottish universities win a disproportionately large share of funding from the UK research councils, which is distributed competitively. There are fears that they would be cut out of the system if the country became independent. The Scottish government denies this.

“Independence will throw up funding challenges for Scottish universities,” says Brad. “This would affect revenue streams,” he adds.

Other sources suggest there may be some “flux” in the funding business schools receive, but expect this to normalise.

Professor Brad also suggested that it may become difficult to attract faculty to Scottish business schools should the country break away from the UK. At Strathclyde, for example, about 33% of MBA faculty are from outside Scotland, contributing to a top-100 research rank.

“It would be interesting to see how attractive Scotland would be to top tier faculty following independence – particularly in the short term, with so much uncertainty while changes are embedded,” he says.

He added that funding models for universities would also be impacted depending on currency outcomes.

The Scottish National Party (SNP) has made it a crucial part of its vision of independence that Scotland would be able to share the pound, the UK’s current currency union, rather than having to join the Euro or establish its own. But the three main Westminster parties say Scotland will not be allowed to share the pound with the rest of the UK if it chooses independence.

A report from the National Institute of Economic and Social Research showed that a currency union between Scotland and the rest of the UK would be liable to break apart. The concern would be that Scotland would find markets were less willing to fund its borrowing in sterling, and debt and interest rates could rise rapidly.

However, highlighting what could be potentially advantageous to MBAs, Professor Brad said: “This could make tuition cheaper if currency is devalued.”

Beyond financial concerns, employment may be given a boost if Scotland becomes an independent country. It would no longer be beholden to tough new visa curbs which essentially shut the door on foreign students who sought work in the UK after graduating from business school.

The SNP has pledged to reintroduce post-study work visas and ease restrictions on overseas students should Scotland become independent.

The visa rules, which came into force in April 2013, were heavily criticized by UK business schools, which argued that it has become more difficult for international MBAs to secure work in the region – a primary reason for studying in the UK.

He added that the pro-independence lobby cite the negative impact on student recruitment due to stricter visa regulations and perceptions of UK public funding cuts.

“Scottish universities have already seen growth from applications from within the EU, [students] who do not pay for study,” he says. “I would expect a similar outcome if Scotland had more control over immigration policy – either as an independent country or with greater devolved powers.”

It is a sentiment echoed by Professor Brad, who says it would “absolutely boost application numbers” on the school’s MBA programs.

But many also fear the impact of independence on Scotland’s businesses, which may have an effect on employment opportunities.

Last week, 130 businesspeople organised by Keith Cochrane of Weir Group, who claimed to represent “the vast bulk of the business community in Scotland”, wrote to The Scotsman newspaper saying the business case for Scottish independence “has not been made”.

Some large finance corporations have said they may relocate to England to remain within the UK should Scotland become independent.

Standard Life, the Edinburgh-based insurer, has said it could move some operations south of the border after a Yes vote. Royal Bank of Scotland, Tesco Bank and other lenders have highlighted risks that could stem from leaving the UK.

The CBI, which represents 240,000 UK employers, published a report which concluded that being part of the UK single market is vital to Scottish businesses and breaking that up would cost jobs.

Leader of the Better Together campaign and former chancellor Alistair Darling says: "The recent warnings about the risks of separation from Scotland’s largest employers, like Standard Life, RBS, shipbuilders, Shell and BP, make clear that independence would cost jobs for thousands of Scots."

This is a particular concern for MBA students who want to work in Scotland. The number of MBA applicants who are choosing a destination based on where they would like to work afterwards has risen from 41% in 2011 to 51% today, according to QS data.

Analysts caution against reading too much into a single opinion poll, but a poll of 1,000 adults conducted between Tuesday and Thursday last week put the proportion of undecided voters at 11%, support for Yes at 42% and backing for No at 48%.

Scottish business schools are somewhat left in the dark until the September 18 vote, and it is unclear how MBA programs will ultimately be affected.

Dr Miles, however, recognizes the threat to jobs: “We have strong links with corporates and public bodies – we need them to keep their HQs and operations in Scotland, whatever the result.” 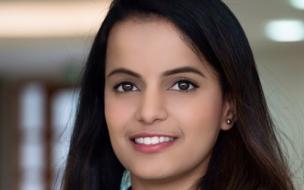