Europe has become engorged with a flood of Chinese cash since the crisis – pushing European companies to hire MBA graduates that can act as a bridge between themselves and Asia.

Asier Guevara Parra and Ivan Vostrikov are the new breed of Chinese business student. They study in Shanghai, China’s largest education hub whose universities are increasingly populated with Europeans. Applicant data from the Graduate Management Admissions Council show that in the years since 2008, German, Spanish and Swiss citizens have sent more GMAT scores to China than some regions of North American and Europe.

Asier, a project manager for the FC Barcelona and Real Madrid football brands, settled in Shanghai over four years ago. The Spanish student was driven by the increased importance of Asian markets in light of the Great Recession.

“People who understand the Asian way of doing business are so valuable for western firms,” says Asier. Chinese business schools, which have flourished in the aftermath of the Eurozone crisis, are supporting students from across Europe.

Asier led his employer’s transition from a company wholly owned by Spanish investors to a business partly owned and managed by Chinese partners. He is studying an MBA at China Europe International Business School, due to graduate in 2016.

“Here we have the opportunity to learn about the culture and peculiarities of a country that is reshaping the world,” Asier says, after explaining that he has been studying Mandarin for five years. “It’s a language that few westerners master, so I thought that if I could learn it, that would help me to differentiate myself.”

Data from top Chinese business schools show a doubling of applications from foreign candidates this past year, many of them seeking refuge from the effects of the economic crisis. When they eventually do return to the Continent, they are seen as invaluable to companies which are seeking to expand into prosperous Asian markets.

Ivan came to Shanghai from Russia after turbulent economic times “made me think twice about doing an MBA in Europe”. Ambitious and entrepreneurial, Ivan describes China as the “new economy” and a principal market for many European multinationals.

He too began an MBA program at CEIBS this year and is taking optional Mandarin classes, all of them free. The co-owner of a chemicals distribution company back home, Laurus ltd, Ivan is one of many managers looking to China for expansion. His company began buying products from Asian suppliers and he thinks that understanding the local culture is critical for commercial success.

“Traditionally China has been seen as the factory of the world. Now it is actually a hub for where new trends and new products are launched,” he says.

The Chinese, buoyed by a mighty economy which, although slowing, has overtaken the US as the world’s largest, have been buying world-class European brands.

Europe has become engorged with a flood of cash since the onset of the Eurozone crisis in 2009.

According to figures compiled by Deutsche Bank, in 2010 total Chinese direct investment in the EU was just over €6 billion – but by the end of 2012, Chinese investment stock had surged to nearly €27 billion.

Chinese takeovers of large European-based multinationals such as consumer goods brand Weetabix, as well as stakes in North Sea oil and in other energy projects in the UK, are helping to create closer ties between the two regions. Many other global groups with central operations in Europe have expanded rapidly or plan to expand into China, including Hermès, the French luxury retail dynasty, and Italian automaker Fiat Chrysler.

Increasingly, these European companies desire more candidates that can act as a bridge between themselves and Asia, according to leading business schools, as China becomes a major market for European exports.

Managers with experience of both Asia and Europe are rapidly increasing in demand, with bilingual speakers and especially those who can speak Chinese now being sought after by recruiters.

Vinika Rao, executive director of the Emerging Markets Institute at INSEAD, the global business school, says that this type of recruitment focus is primarily on China, Hong Kong and other Asia-based positions.

“We do see increased interest in hiring Chinese MBAs and international MBAs who speak the major Chinese languages,” Vinika says.

“As Chinese investment in Europe grows, we anticipate increased interest in hiring bilingual MBAs who can communicate effectively and adapt comfortably to both the site office in Europe and the HQ in China,” she adds.

This is because there is sometimes disconnect when both sides, European and Chinese, meet in areas of investment, joint-ventures, and other forms of business collaboration, according to Roy Chason, assistant director at CEIBS in Shanghai.

“It takes a new type of professional who is culturally savvy and deeply aware of both east and west… To create an effective bridge between both sides,” he says.

It helps to explain why European business schools are scrambling to set-up campuses in China and to strike deals with Chinese universities. Top schools including ESADE in Spain, the UK’s London Business School and Audencia Nantes of France have all recently tapped China’s MBA market.

As a strategist working with CEIBS academics to study the flow of investment from China to Europe, Tommaso Tomoli knows better than most the benefits of building bridges with the east.

“Chinese firms are inverting more and more in European businesses [and] acquiring majority shares,” says Tommaso. He is an Italian senior consultant at EY, the professional services firm, who has taken two years out of work to earn an MBA at a Chinese business school.

He thinks that knowledge of the Chinese market, culture and language will be of critical importance in the future. “It is the biggest market in the world and one of the main source[s] of revenues for European firms,” Tommaso says.

The MBA degree has become widely embraced by employers across Asia, and the increasingly positive jobs markets in countries including China and Singapore are driving Europeans to eastern shores.

According to a recent survey of 5,669 employers by QS, the education research group, recruiters in Asia will hire 11% more MBAs in 2014, driven by recruiters in China and India.

Nearly 90% of the MBA class at National University of Singapore Business are considered to be “international”, says Chua Nan Sze Marie Antonie, director of graduate studies.

She adds: “MBAs may also pick up knowledge and skills including regional languages, as well as possess networks in the Asian region, which may be of value to companies seeking leaders who would be able to lead in and from Asia.”

It is these closer European-Chinese ties that are bringing Europe’s business leaders to educational institutes in Asia.

Juan Gonzalez is a Spanish former logistics manager at Robert Bosch, the German engineering giant. But, like a growing number of his countrymen, he sought out an MBA program in Shanghai to market his profile as a “bridge between both [the] west and east”.

Aside from learning a local language, he has benefited from interacting with Chinese citizens and can now do so more efficiently.

“All these interactions really shaped me, and are a unique feature that no… European business school can provide,” he says.

Maxence, a Belgian, chose a Shanghai-based business school to better understand the market, among other reasons.

He says: “Multinational companies are looking for people with a truly global experience, people who are able to work across cultures and lead under different business settings.”

The Chinese surge into Europe shows no indication of slowing. In a sign of things to come, a survey by the European Union Chamber of Commerce in China found that 97% of Chinese companies that have invested in Europe said they plan to invest more in the coming years.

For Spanish football brand manager Asier, he plans to look for a job in China when he graduates. But he adds that in the mid-term he will consider returning to Europe.
“I think that studying an MBA in Asia gives me an advantage over people that only have knowledge of the western business culture," he says. 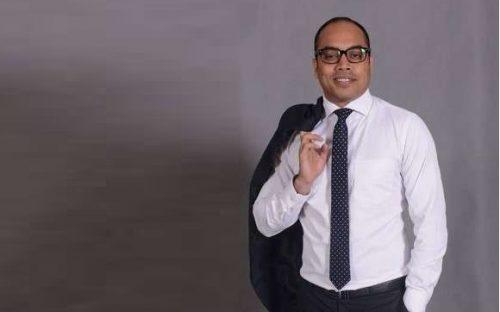 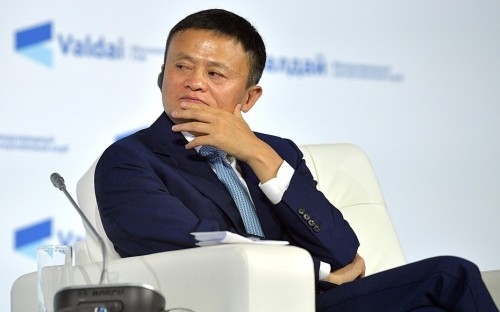 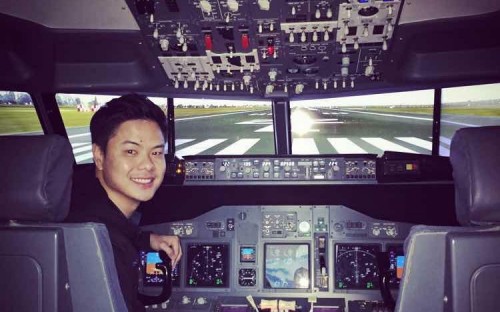