Why Should You Do An EMBA?

Ozcan gained invaluable insights from the international experience on his EMBA

Promotions, global networks, and startups in Silicon Valley—an Executive MBA isn’t just about what goes on in the classroom

An EMBA is a big commitment—not only is it a sizable investment of money, but the part-time program means you’re juggling work and studies at the same time.

If you have the means though, doing an EMBA can bring immediate benefits. A report from the Executive MBA Council (EMBAC) this year showed that 54% of EMBAs received new responsibilities during their studies, and 40% of students were offered a promotion.

It’s not only pay rises that make an EMBA worth it—graduates from the EMBA at ESCP Europe are experiencing big career changes thanks to its highly flexible program and global vision.

Indeed, ESCP Europe has been ranked the best school in the world for EMBA career progression by the Financial Times this year, with graduates experiencing an average 65% increase in their salaries post-graduation.

Why else should you consider an EMBA? We asked two recent graduates from the program at ESCP Europe about their experience, and what impact they’ve seen after they’ve graduated.

From NATO to Silicon Valley

Ozcan Cikmaz from Turkey started his career as a project leader at NATO, but chose to do an EMBA to secure the success of his technology startup.

“I was a healthcare entrepreneur in 2015 when I started my EMBA,” he explains. “My business was initially pretty local, but I wanted to build a product that people all over the world were going to use. You need international experience for that.”

To gain the necessary international experience, Ozcan chose the EMBA at ESCP Europe, which features flexible ‘tracks’ for students to tailor the part-time course to their needs.

The school has five campuses in Europe, in Paris, London, Berlin, Madrid, and Turin, and also has partnerships with schools in the US, China, Beirut, and India.

For Ozcan, this international exposure was the difference between success and failure. During an exchange with the Shanghai University of Finance and Economics, Ozcan gained knowledge that directly impacted his business plan.

“ESCP Europe facilitated meetings and linked me with professionals in China, which offered me the opportunity to ask them questions,” Ozcan says. “That one week allowed me to see that if I was going to create a successful product, China wasn’t the right place for it.”

Now, Ozcan is in Silicon Valley, where he’s applying his EMBA experience in a new technology enterprise in the field of digital health, using artificial intelligence to help people manage diseases such as diabetes by taking measurements such as a pulse from their smartphones.

“I had a lot of experience on the EMBA at ESCP Europe— I did a lot of consulting projects; I visited China and America, and I learnt that hardware wasn’t the right market,” he explains.

“I see very clearly now that if it wasn’t for my EMBA, I would have spent a lot of money and I would have failed.”

Ivan Stubelj (pictured) had been working in the oil and gas industry for almost ten years and saw an EMBA as a ticket to a new role—but in the end, experienced other benefits to the program as well.

“For me, it was almost an immediate effect,” he recalls. “When I got accepted to the EMBA I was offered a new role with much more responsibility.”

The international experience Ivan was offered at ESCP Europe—he completed an exchange at the Indian Institute of Management Ahmedabad as part of his studies—is also proving an important asset in his new role.

“If you’re working in a multicultural context, you need to anchor to some strong cultural references,” Ivan explains. “Having good partner schools in China, the US, and India, really helps a lot in meetings.

“Those kinds of alliances, having some sort of relationship to people, really do help you, especially when you are in a global context.”

Why pursue an EMBA?

“It challenges you to be with people that you don't normally interact with in your day-to-day job,” Ivan says. “The strength of an EMBA program is that you experience the thrill of being in a new city, and you’re also physically in contact with people who are different from you.”

Ozcan also saw the value of a multicultural program and chose ESCP Europe for its diverse community. In this year’s cohort, only half of the participants are from Europe, and students come from backgrounds as diverse as the tourism industry and aerospace.

“An EMBA program should be multicultural, but there also should be a diversity within the profession people come from,” he argues. “When I came to Silicon Valley, my friends from my EMBA at ESCP Europe were my only international network. And when I started growing this project, they helped me. That’s invaluable.” 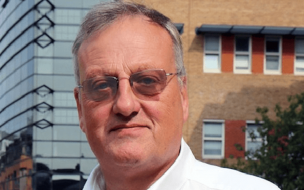 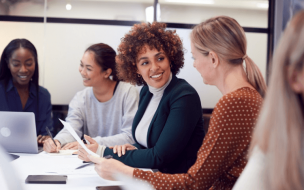