When Wim Hazeleger was made CEO of the Asia-Pacific for one of the world's largest asset management firms, he soon realized he needed an Executive MBA

Wim enjoyed his time on the Tsinghua-INSEAD EMBA (TIEMBA)

Becoming CEO is the pinnacle of a career for many business leaders—and it was the same for Wim Hazeleger.

Wim did his graduate law degree in the Netherlands and went on to work for some of the country’s biggest law firms. That was, until the end of 2008, when he was offered the chance to take on a general counsel position for a global asset management company in Hong Kong.

“I’ve always been drawn to Asia,” explains Wim. “I never thought or expected that I would be working in Asia, but when they did offer me the opportunity I just grabbed it with both hands.”

Two years later, Wim was offered the position of CEO for Asia-Pacific at the same firm, which proved a more difficult decision. In the end, he decided to take the job, but found out a couple of months into the role that more specific management knowledge might help him become a better leader.

“I found that coming from a product specialist environment and going into a managerial or leadership role, there were some gaps in my experience,” Wim says.

“With the EMBA, I was trying to broaden my perspective and fill in some of the gaps in terms of academic background that I thought I would need to be successful.”

After extensive research, Wim narrowed his program choice down to the Tsinghua-INSEAD EMBA (TIEMBA), taught collaboratively between INSEAD and Tsinghua University School of Economics and Management in Beijing. He joined the program in 2014.

The combination of Western and Chinese teaching offered Wim an interesting opportunity to gain knowledge in the region he was now focused on in his role as CEO.

“What I liked about the combination is that it gave me a specific China angle,” Wim explains. “The program could provide both the strengths of INSEAD while at the same time giving me the exposure to China that would help me get a better understanding of the country, and especially its way of doing business.”

For Wim, his EMBA journey was less about achieving a promotion, and more about gaining those crucial leadership skills that would allow him to thrive in his new position.

One TIEMBA course that stood out was ‘Your First 100 Days,’ a signature business simulation that is part of the INSEAD curriculum. In an interactive class taught towards the end of the second year, students must form teams, take over a virtual company, and save it from failing.

The class is notoriously stressful, but for Wim, it provided a good opportunity to test the skills he’d been taught over the course of his Tsinghua-INSEAD EMBA.

“Everything really comes together—you need both the hard and soft skills to run a company that is in a distressed situation,” explains Wim. “That’s a very memorable experience that I really enjoyed.”

Another aspect of the course which stood out to Wim was the unique combination of both Western and Eastern teaching styles—something that he believes will help him approach his Asia-centered job in the future.

“The teaching styles are so different— it’s like day and night,” Wim recalls. “But it’s so good to experience that. From a cultural or academic perspective, I found the two contrasts incredibly interesting.

“The EMBA definitely broadened my perspective, and I think that that’s very important.”

Since completing his EMBA in 2016, Wim has continued in his role as CEO, but he says that the knowledge he acquired during his time on the EMBA certainly enriched his job.

In particular, Wim says that having two degrees from two top institutions has strengthened his connections to his business partners in those countries. Tsinghua is ranked the best university in the Asia-Pacific region by Times Higher Education and INSEAD is listed as one of the top business schools in the world by the Financial Times.

“The Tsinghua name in itself is something really incredible,” he says. “When I deal with mainland Chinese clients and they hear that I went to Tsinghua, that commands immediate respect.”

Wim’s experience on the Tsinghua-INSEAD EMBA has also made one thing abundantly clear—China is where any student should look for their executive business education.

“If you’re pursuing a senior management position in an international business,” Wim says, “I think it’s absolutely necessary that you have spent some time—at least a couple of years—in this part of the world.”

For many EMBA applicants, the time commitment of the program can be a huge worry, but Wim asserts that, ultimately, the hard work is worth it.

“My EMBA has made me think about certain points that I may not have thought about before, and gave me those tools you need to manage a very diverse group,” he adds. “It has certainly helped me in what I am doing today.” 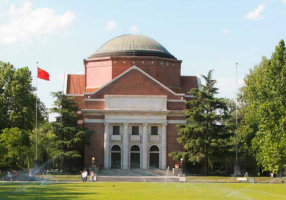 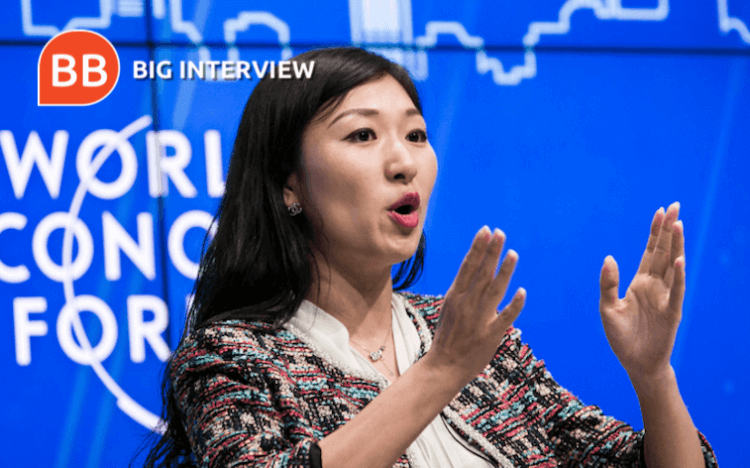