In 2017, Ireland ranked sixth in Europe in the Global Entrepreneurship Monitor’s Total Entrepreneurial Activity Index (TEA), higher than countries like France, Germany, and Italy. For tech entrepreneurship, Ireland ranked fourth. Nearly one-in-five young people in Ireland (18-24 years) aspire to start their own business. Additionally, of the 26,800 business owners in Ireland, recorded in 2017, 68% are employers or will be within five years of starting.

Dr. Orla Byrne is a lecturer in entrepreneurship and strategy at University College Dublin's Michael Smurfit Graduate Business School. Her research focuses on how entrepreneurs learn and recover from failure.

"There's been huge growth in terms of the reputation of entrepreneurship in Ireland," Orla says. Even Prince Harry and Meghan Markle visited Dogpatch Labs—a startup hub located in the heart of Dublin's Digital Docklands—during their time in Ireland.

"While there's still space for policy to help entrepreneurs in the country, there are some wonderful state agencies focusing on developing startups," Orla notes.

Enterprise Ireland is a state economic development agency providing support to high-potential, export-orientated startups. Enterprise offices around the country provide access to funding and training, helping business grow at a local level. Orla says those starting their own businesses in the country should connect with such agencies that provide exposure to others in the business community, taking the isolation out of being an entrepreneur.

"An MBA emphasizes vision, leadership, and confidence, and provides robust, rigorous training in all aspects of business," Orla says, "while these skills are transferable to any career, they are particularly useful for entrepreneurs."

Michael O'Dwyer founded his startup, SwiftComply, after his Executive MBA at Smurfit. The idea stemmed from Michael's own experience as an engineer establishing a regulatory program for food businesses and environmental improvement in Dublin.

While carrying out this role, Michael was struck by the inefficiency of the process and how it was overly paper-based. After his studies at Smurfit, Michael set out to improve these inefficiencies, saving time and effort on inspections through the use of technology. This would bring manual tasks associated with compliance to the digital age.

"I entered the MBA program as an engineer, and had quite limited business knowledge," Michael explains, "The MBA rounded my skills. It gave me a grounding in finance and strategy. I met my cofounder through the program, and one of our investors was also connected to the MBA.

“The program provided training in skills, networks, and credibility. I was co-chair of the MBA Entrepreneurship Club, and that provided a space to discuss my ideas with my peers."

In its launch year, SwiftComply was accepted into the London TechStars program—an accelerator providing access to investment and mentorship for entrepreneurs. Since then, Michael and his team have secured High Potential Startup status from Enterprise Ireland, won the Bank of Ireland's Startup of the Year Award, were awarded an EU Commission grant, and opened a new office in the US.

For Michael, the Smurfit MBA was a stepping stone on the path to SwiftComply's success. 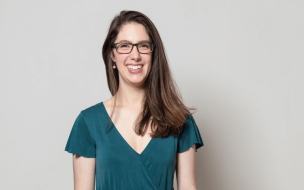 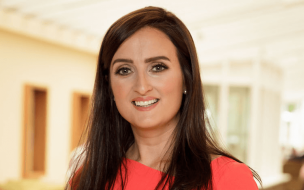 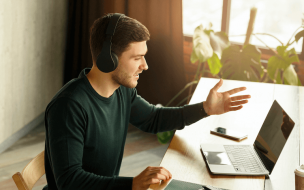