Lab To Market: This MBA Program Will Help You Launch Your Own Startup

Getting a business off the ground is a popular reason to do an MBA—but why wait until you’ve graduated? At UCSD Rady, students begin work on their startup ideas during the MBA program

When it comes to launching a career on your own terms, the consensus is that there’s nothing quite like entrepreneurship—but where do you even begin?

For many people, the answer lies in an MBA degree, and one place that comes to mind is California.

The West Coast state is a hive of startup activity, and not just in the world-famous Silicon Valley. Indeed, San Diego-based telecommunications company Qualcomm recently announced that it was planning to invest $100 million in startups that focused on Artificial Intelligence, proving that there’s plenty of opportunity out there for West Coast entrepreneurs.

Also fuelling the growth of the San Diego startup scene is the University of California at San Diego’s (UCSD) Rady School of Management.

UCSD Rady is home to a number of its own dedicated startup accelerators, such as the California Institute for Innovation and Development (CIID), which in the last 10 years has helped graduate-founded startups raise over $100 million in funding.

But the Rady School’s key differentiator when it comes to startup support isn’t just a stack of acceleration options, but a compulsory incubation program that is built into the MBA.

The Lab to Market program, a signature aspect of the Rady School’s MBA course, takes students through three key stages of entrepreneurial action: from theoretical classroom discussion to a project-based environment where their businesses can grow.

Along the way the school aims to teach skills like market research, conducting feasibility studies, and developing a go-to-market strategy, and over the years it’s drawn in an international crop of MBA students with ambitions to kick-start their entrepreneurial careers.

Robin Clough is one such grad—a class of 2014 Rady alum originating from Britain, who was the founder of not one but three separate startups during his time on the Rady MBA.

“The entrepreneurial focus and Lab to Market class were the biggest components of my decision,” Robin recalls of his application, “along with the fact that, as a 22-year-old at the time, they could see something in me and were willing to accept me based on my persistent emails and potential.”

Robin hopes that he is living up to this potential now, as last month saw the launch of the third of his projects that he started at UCSD Rady School of Management, Tequila Enemigo.

Tequila Enemigo is a luxury tequila brand that is aiming to change the way that tequila is perceived in the market by being served in flutes rather than shot glasses, and the startup has already won five Double Gold awards in its first year.

Robin credits Rady with introducing him to the skillset that he needed to succeed as a founder.

“Lab to market is an incredible program, and I think everyone that has been through it would feel the same way,” he says. “Especially as they get a taste for what it's like to be a founder.

“Creating your own company requires a diverse set of skills, but the ones that are almost the most important are the soft skills about how to handle ambiguity—Lab to Market gives you a taste of that.”

Much of this soft skills teaching is imparted through the practical projects that students do on the course, in which they work in teams either to create their own startup, or for an entrepreneurship-related consulting project.

These projects all end with a final ‘Shark-Tank style’ business pitch, giving students a test run for their own startup ventures later down the line.

At the end of that line stand hundreds of alumni like Robin, at the helms of their own successful companies.

When asked if he would recommend UCSD Rady School of Management to other entrepreneurs, Robin’s answer was a resounding ‘yes’.

“The quality of professors is second to none, and the entrepreneurship focus is perfect for people that want to follow that pursuit,” he says. 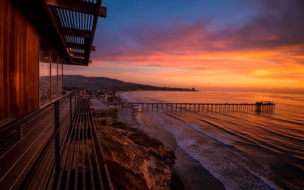 Why Go To Business School In California? 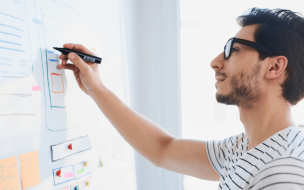 6 Things You Should Look For In An Entrepreneurship MBA