Test prep expert tells you how to ace the GMAT 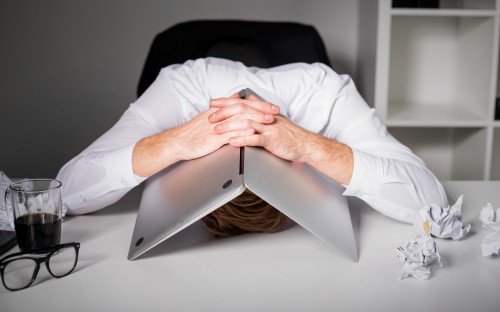 ©grinvalds—Making mistakes is part and parcel of GMAT prep

I’ve seen countless students pouring themselves into GMAT prep and still coming short. One of the biggest mistakes people make in preparing for the GMAT is misunderstanding how to prepare. And I don’t blame them. In South Africa in particular, a lot of our high school education is geared towards rote learning.

The GMAT is unlike other tests. The very act of practicing builds up the skills you’ll need on test day. Unlike other tests, the GMAT is testing your abilities and not your knowledge. You are given a very short space of time for each question because you are rewarded for finding clever strategies to answer questions.

Even though some of the content may have been covered in high school, your approach is fundamentally different. It takes time to equip yourself with the cognitive skills and flexibility that the GMAT rewards.

Understanding what the GMAT is, and what it tests, is your first step in designing an effective study plan. Make sure you are not wasting your time and effort on the wrong strategies.

I’ve picked out five of the most common GMAT prep mistakes. Here’s what you should do to avoid them:

1. Don’t underestimate the GMAT (and your fellow test-takers)

You wouldn’t be the first to completely underestimate the GMAT and what it takes to prepare for it. I had one student tell me he’d given himself two weeks to study because he ‘works well under pressure’. That did not end well.

GMAT test-takers typically have a degree and are used to being at the top of their game. They are used to showing up and doing well. Unfortunately, the GMAT is competitive and pits you directly against other (overachieving) test-takers from around the world. The GMAT sifts test-takers into percentiles. Your score is literally determined by how you perform in relation to your peers. And you better believe they are practicing smart and hard.

Leaving preparation too late also falls under this category. According to GMAC, the average prospective MBA student spends a year on the process. If you don’t consider the application timeline in advance, you may find yourself trying to cram for the GMAT. The rule of thumb is that your chances of both acceptance and scholarships are highest in the first and second application rounds. Make sure you leave yourself enough time to get your best GMAT score, even if it means taking the test more than once

2. Don’t study for the GMAT, practice for it

For the most part, the GMAT tests your skills and not your knowledge. Don’t spend too much time rote learning the concepts and too little time practicing the questions. Most of your learning will come from tackling real GMAT questions. The GMAT is not just testing your existing cognitive abilities. You are building these cognitive abilities through your practice.

You can think of it like training for a marathon. You are building up your ability over time to do your best on the day.  Just like training for a marathon, you want to keep your practice consistent and avoid losing momentum by stopping and starting. You’ll also do better practicing every day than trying to cram all your practice in on the weekend.

3. Use the right materials, wisely

There is no substitute for official GMAT questions. The tone of the GMAT is very specific. Understanding the GMAT and its common traps will take you a long way. Use your two free tests from mba.com strategically. I’d recommend taking one of these tests before you book your GMAT test, in order to see if you are ready. Don’t waste these tests too early on in the process. The diagnostic test in your official guide can give you a good idea of where you are to start off with.

You should make sure you are learning from each question. You are supposed to get answers wrong—that’s part of the learning process. Make sure you understand where you went wrong so you wouldn’t make that same mistake again. It’s helpful to make a note of the questions you get wrong to come back to later.

Contrary to what many think, the verbal reasoning section is not about ‘good business English’. Many native English-speakers have found out the hard way that a good grasp of the language is necessary but not sufficient to get a good score. The verbal section of the GMAT is about your verbal reasoning ability. That’s something we all tend to overestimate. It’s also about learning a series of GMAT-specific rules that are not always intuitive.

You should walk into a test with a clear idea of the kinds of questions you usually get right or wrong. You should know the mistakes you normally make and have strategies in place to prevent them where possible. These might take the form of a question you ask yourself before you submit, or common traps you double check for.

All of this comes from practice, and self-awareness. By test day, you should have already practiced your timing strategy, you should already have built up mental stamina by taking multiple full-length tests. For your best score, you need to develop every resource you have. The best piece of advice I’ve heard comes from retired professional basketball player Michael Jordon. ‘Practice like you’ve never won, play like you’ve never lost.’

Cara Skikne is an MBA graduate from the University of Oxford’s Saïd Business School, expert GMAT coach, and founder of Admissions Africa, which helps students from Africa apply for MBA programs both locally and abroad.