From America to Asia, Colombian JP Morgan banker Daniel Restrepo explains how his Master in Finance from HKUST and NYU Stern has prepared him for a global career

Born and raised in Colombia, it was an internship in Miami, with the private banking division of Lloyds Bank, that first took Daniel Restrepo to the United States. While there, he landed a permanent position with HSBC, before moving on to JP Morgan.

Daniel always had one eye on Asia too. With a collective GDP forecast to outweigh the rest of the world's put together, Asia is an appealing market to get into for investment bankers across the globe. However, it can be difficult to make connections, and get to grips with a culture so different to that of the West.

Daniel’s career success, he feels, lies in his ability to adapt his knowledge across nations, and pick up culturally specific concepts quickly. He credits this ability to the HKUST-NYU Stern Master of Science in Global Finance (MSGF), a joint collaboration between HKUST Business School and NYU Stern.

One for the globetrotters, the one-year program is split across New York, Shanghai and Hong Kong, which allowed Daniel develop his understanding of the global banking market and build an international network.

Why the HKUST-NYU Stern Master in Finance?

After Daniel (pictured) first left Colombia, he found adapting to work in the US a challenge. Despite majoring in international business and completing the Chartered Financial Analyst (CFA) exams, a lot of the concepts he learned in his degree back home were only applicable to Latin American markets.

Upon joining JP Morgan, as a client advisor, Daniel began to refocus his work on Latin American companies, but quickly found himself observing a growing connection with Asia.

“So many of my clients either have major suppliers in Hong Kong, or business in Asia, or they’re creating new companies in the region,” he says.

When Daniel started researching Masters in Finance (MiF) programs, he identified three key things he valued in an MiF: an international outlook with presence in both East and West; strong ties to the financial industry; and a location within New York.

He says the HKUST-NYU Stern MSGF was the perfect fit, ticking the New York box, but also giving him the chance to develop an understanding of the Asian market. “Until my master’s, I had little knowledge of that region and no network there at all,” he says.

“Around the time I decided to do a master’s, many of my peers were also trying to decide whether to career switch, travel or take some time off,” he continues.

“with the MSGF, the fact that you can travel internationally to Hong Kong and Shanghai, all while studying, gave me the opportunity to continue on my professional track while developing new personal contacts and experiences.”

Daniel already had a strong finance background upon starting his Master in Finance. The HKUST-NYU Stern MSGF is specifically geared towards mid-career professionals, and students have an average of 12 years of business experience before joining.

14 nationalities are represented in the MSGF class of 2020. Students have an average age of 35 and work across nine global locations. 32% are women.

Students come to the program after graduating from top-tier universities, like Harvard and INSEAD, and from companies including Bloomberg, EY, Goldman Sachs, Morgan Stanley, and HSBC.

The one-year master in finance program is delivered in a part-time, modular format which allows professionals to pursue the program alongside their work. Classes are held across global locations in Hong Kong, New York and Shanghai, covering hot topics like fintech and behavioral finance.

Daniel says the experience helped him refine the business concepts he already knew and develop them further.

He also valued having access to two world-leading faculties in NYU Stern and HKUST who are not only well versed in business theory, but have decades of professional experience applying theory across international markets. For Daniel, that put the HKUST-NYU Stern MSGF on another level compared to his previous education experiences.

Graduates from the MiF program join the alumni networks of both HKUST and NYU Stern, totaling thousands of high-caliber professionals around the world.

Reflecting on his Master in Finance experience, Daniel is confident he’ll see a return on his investment.

“Many employers are expecting people in a mid-level position in their careers to have a graduate degree. Having this program opens doors internally and also externally if you’re trying to move to another company,” he says.

“When you work at a big firm, the whole banking division is massive. It can be difficult to network outside of that division. But the network from MSGF provides access not only to people geographically apart, but different industries.

“Five or 10 years down the road, I know I could contact them knowing they have more leverage within their firms. That’s something I wouldn’t have been able to get otherwise.” 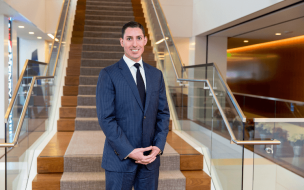 Webinar | What’s The Value Of A Master In Finance? 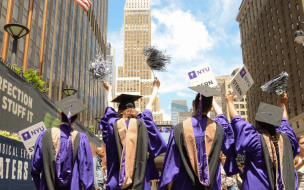 5 Skills You Need To Advance Your Global Finance Career 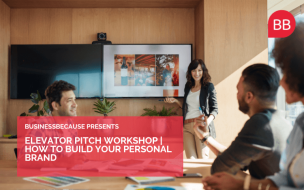 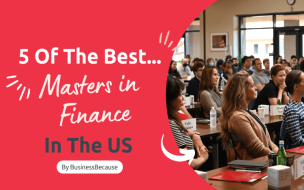 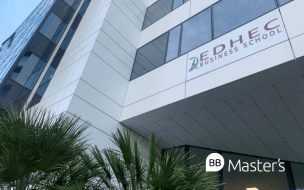