Essec Business School offers one of the world's best MiM programs, according to the Economist Master in Management ranking ©ESSEC FB

If you want to study a top Master in Management degree, your best bet is a French business school; that’s according to the latest Economist MiM ranking.

Four of the top five schools in the 2021 ranking are located in France, with the prestigious Grande Ecole HEC Paris ranked top, followed by Switzerland’s University of St Gallen. The top two mirror the previous Economist MiM ranking, released in 2019.

Like the Master in Management rankings released by the Financial Times and QS, the Economist MiM ranking is dominated by European schools.

US schools are beginning to gain a foothold in the Economist MiM ranking. University of Virginia’s McIntire School of Commerce is ranked in sixth place. McIntyre is the only US school in the top 10 of the FT, QS, or Economist rankings.

When broken down country by country, the US joins Germany and France as the three countries with the most schools among the top 20, reflecting the growth of MiM programs in the US.

There are nine schools with campuses in France among the top 20, while Germany has four. Spain has two schools while Warwick Business School is the only UK-based school in the top 20.

READ: 5 Skills You'll Gain From A Master In Management

Economist MiM Ranking: Schools from across the globe

A wider array of schools are included beyond the top 20, with a number of US schools and entrants from the likes of Russia and Australia.

Arizona State University’s Thunderbird School of Management narrowly misses out on joining the three US schools in the top 20, as it places 21st.

Tilburg University School for Business and Society is the sole Netherlands-based school in the list, while Prague University of Economics and Business represents the Czech Republic. Nova School of Business and Economics is Portugal’s only school among the ranking,

While Warwick is the only UK school in the top 20, a further six UK schools appear between 20th and 40th place, including Durham Business School and Cranfield School of Management.

The two lowest-ranking schools in the list are Russia’s St Petersburg University Graduate School of Management and Macquarie Business School in Australia.

The Economist MiM ranking is based on two surveys of schools along with their students and alumni.

Schools are asked to provide data including Master in Management graduate salaries and the diversity of their recruiters, along with their three biggest employers and three key strengths.

Students and recent alumni are then asked for salary data along with their ratings of certain elements of the program.

The ranking favours employability, with 37% of a school’s overall score dedicated to how the school opens new career opportunities for graduates. A further 30% is based on personal development and educational experience, including faculty quality and student diversity.

Salary of graduates makes up 23%, while the potential to network within the alumni community is given a weighting of 10%. To be eligible, programs must be full-time, taught mainly on campus, have a cohort of at least 25 students, and they must be accredited by AACSB or EQUIS.

Masters In Management Salary | What Could You Earn? 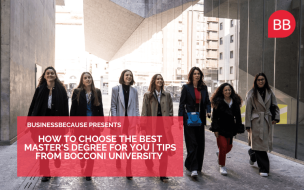 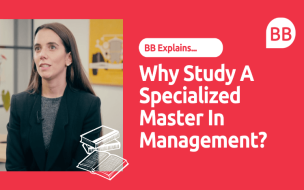 VIDEO | Why Study A Specialized Master In Management? 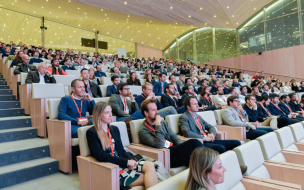