Private equity firms have been temping business school graduates away from chastened banks since the global financial crisis. But some of the biggest buyout houses are now questioning the value of an MBA degree.

US private equity group GTCR is scraping its long-standing policy of pushing young employees to leave the firm to attend business school. The top associates will this year able to advance in the firm without a business school qualification.

GTCR, which has $11 billion in assets under management, joins a lengthy list of buyout houses that do not require MBAs. These include Silver Lake, KKR, Apollo Global Management and Blackstone, the world’s biggest private equity firm.

GTCR’s shift has raised the question of whether an MBA is needed for today’s budding buyout leaders.

But a number of top business schools contacted by BusinessBecause have said that private equity firms are active recruiters of MBAs.

Students are less attracted to the heavily regulated banking sector. “More senior professionals tend to move out of the heavily regulated environment and find homes in private equity and hedge funds,” said Werner Bonadurer, faculty director of the MSc in Finance at W.P Carey School of Business.

Private equity recruitment is strongest in the large financial centres of New York, London, Singapore and Hong Kong, he added.

The increasing curbs on bankers’ pay have made buyout houses, which can offer “rich rewards”, more attractive. “They [private equity firms] are unregulated compared to the banks and there aren’t the caps on earnings,” Martyn Drage, career consultant for the finance sector at Henley Business School, said.

At Stanford GSB, by far the largest portion of MBAs working in finance are in private equity, earning the highest annual salaries of any industry at $170,000 — $70,000 more than MBAs at banks.

Paul Schoonenberg, head of MBA careers at Aston Business School, said there will continue to be an interchange of talent between the banking and private equity sectors, as many of the skills needed for both are complementary.

Investment banks have cut back on hiring and cuts have been particularly steep in Europe.

HSBC said this week it will axe thousands of jobs, with many to fall on the bank’s UK Canary Wharf headquarters in London. Germany’s Deutsche Bank in April unveiled a strategy to slim down its investment bank. Royal Bank of Scotland said in March it would slash thousands of investment banking jobs. The UK bank’s rival Barclays warned this month it may cut its investment bank further, after announcing plans to shed 7,000 jobs last year.

“Without a background in M&A or leveraged finance, candidates may find it difficult to break into PE,” added Paula Quinton-Jones, director of career services at Hult International Business School London.

Buyout leaders have risen to the top without an MBA. Joseph Baratta, who runs Blackstone’s $76 billion private-equity unit, and Jonathan Gray who leads the firm’s $93 billion real estate arm — who are both in the running to succeed CEO Stephen Schwarzman — do not have MBAs.

Scott Nuttall rose to lead KKR’s Global Capital and Asset Management group without an MBA, and is a potential successor to KKR founders Henry Kravis and George Roberts.

Yet of the eight senior partners at GTCR, seven have MBAs. Three of Apollo’s co-founders graduated from the business schools of Harvard and University of Pennsylvania. KKR’s co-chief executive officer has an MBA from Columbia Business School.

And Carlyle Group, which has $193 billion of assets under management, was co-founded by MBA graduates of Chicago Booth and Harvard.

Sotirios Paroutis, assistant dean for the MBA at Warwick Business School, said: “An MBA from a top business school is important, as it gives you a solid network and more credibility in the PE world.” 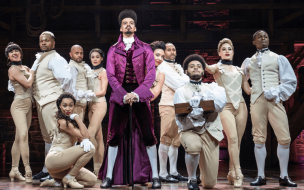