For Social Impact, MBAs Are Choosing This UK B-School Over Stanford GSB 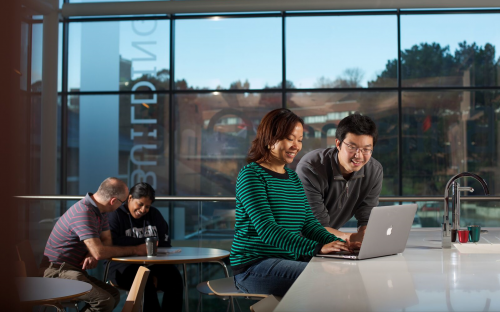 The One Planet MBA emphasises innovation and new business models

Exeter is one of a crop of top business schools trying to educate the world’s future business leaders to consider more than profit.

Shareholder value, long the focus at schools, is making way for economic, social, and environmental responsibility.

“We live in a different world now,” says Emma Birch, senior student and education services assistant at Exeter, whose flagship program, The One Planet MBA, was recently revamped to emphasise innovation and new business models, alongside existing themes such as sustainability.

“It’s a future-proofing of the program,” she says, adding: “We think that if businesses are going to be profitable in [the] future, they should be sustainable.”

With new and innovative organizations competing against established players, emerging business models are attractive to One Planet MBA students.

“Quite a lot want to be entrepreneurs, consultants and ‘intrapreneurs’,” says Emma, referring to those who drive innovation from within corporations. So, Exeter developed a core module for the MBA that is all about the entrepreneurial mind-set.

After 28 years as CEO of UK law firm Portcullis Legals, 2014 One Planet MBA graduate Trevor Worth is setting up a legal services start-up that he hopes will disrupt existing players.

“The legal services market offers existing players and new entrants alike fantastic opportunities,” says Trevor. His dissertation research as part of the MBA helped him realize the “perfect storm of technology, legislative changes and consumer demand” shaking up the industry.

“The strategies from the MBA were a significant factor in implementing this innovation,” he adds.

“This has been of significant benefit in terms of opening new doors…. Those three letters have given prospective stakeholders additional confidence in me,” he says.

Shannon Springer, a Californian, chose the One Planet MBA because it embedded sustainability issues into its previous curriculum. She looked at big-brand business schools such as Stanford, Columbia, and Berkeley Haas. For Shannon, Exeter trumped them all.

“I wanted to gain forensic insight into the fundamentals of business across all spectrums,” says the former consultant at Saatchi & Saatchi S, the sustainability consultancy that works with Coca-Cola.

She says the program looked at business through the lens of a resource-restricted world. The mentality of the course is to challenge everything; the lecturers present “the implication that business as usual is dead”.

“[The MBA] was focused on how we can drive businesses to prosper in harmony with society and the environment,” she adds.

This focus is seemingly drawing students from the world over who are concerned with having a positive impact on society. The class of 2014/15 represented 14 nations.

Sybil Gomez-Angulo is a Mexican graduate of The One Planet MBA. She chose Exeter after disappointingly checking out several programs claiming to focus on sustainability, but in reality had just a couple of lectures on environmental issues, which she is passionate about.

“In the same way that hotels have a limited inventory, we must understand that we can’t take more from nature than what nature can replenish,” says Sybil, who previously worked at Mexican hotel chain Grupo Posadas.

She says the entire cohort shared this vision. “[It] has given me lots of hope about the possibility of making real change in business. I have always been very optimistic, but being part of a group that thinks as me gave me even more strength.”

Eric Dargent, a One Planet MBA graduate, says it’s still an accessible program for those who perhaps are not as environmentally-minded as he; Eric worked as an environmental officer at surfing group Ripcurl. “If it was too disconnected from current business practices then it would not be an MBA,” he says.